Steel from Estrella-Pantaleon Bridge to be reused in Pangasinan 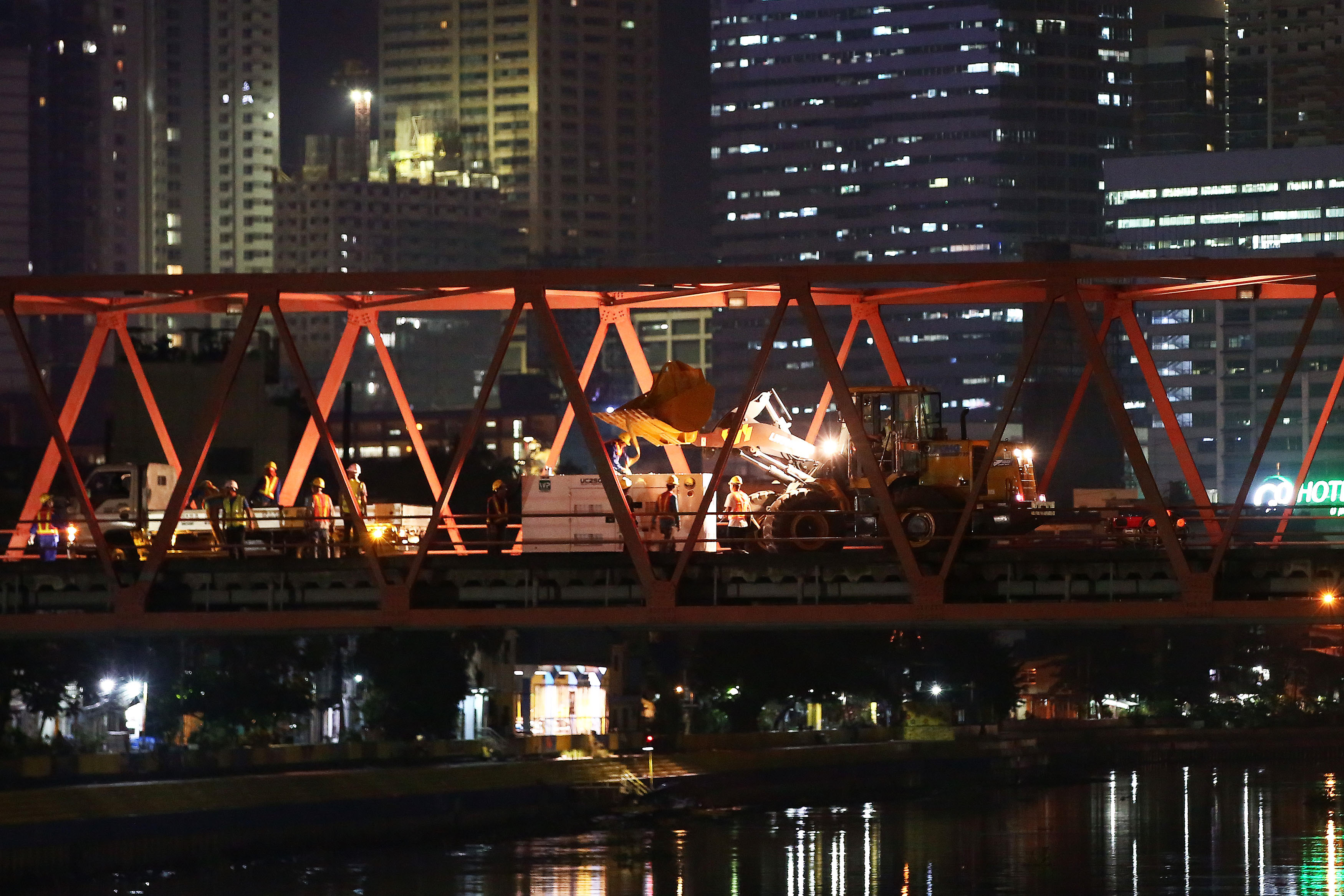 MANILA, Philippines – The steel frame from the Estrella-Pantaleon Bridge in Makati City will be donated to the Pangasinan government, the Metropolitan Manila Development Authority (MMDA) said on Wednesday, February 6.

The steel components will be used to form the frame structure of the planned Santiago Bridge which will connect 7 barangays in Bolinao, Pangasinan, to the main island of Luzon.

“After its demolition, the steel remnants of Estrella-Pantaleon Bridge will be transported to Pangasinan and will be reused as steel frames for the planned Santiago Bridge, as they are still in mint condition,” said Transportation Undersecretary Thomas Orbos.

The agreement was done to “actively promote sustainable consumption” in terms of infrastructure investments.

“This move will reduce economic and environmental costs to the government. Instead of acquiring again material of the same kind for constructing a bridge, we will just make use of what we already have that are still structurally sound,” said MMDA General Manager Jojo Garcia.

Back in January, the government closed down the 8-year-old Estrella-Pantaleon Bridge. It will be demolished and reconstructed, to widen it from 2 lanes to 4.

Transportation advocates slammed the bridge reconstruction because the project, which is part of a P5.27-billion Chinese grant, will be tapping Chinese firms instead of local companies. The grant allows China to conduct the survey, design, and construction of two bridges along the Pasig River.

The project is set to be completed by 2021. – Rappler.com