Feb 6, 2019 11:49 PM PHT
Raymon Dullana
Facebook Twitter Copy URL
Copied
The Cagayan Valley regional police, however, claims that Randy Malayao's comrades in the Left might be behind his killing, citing internal problems within the movement 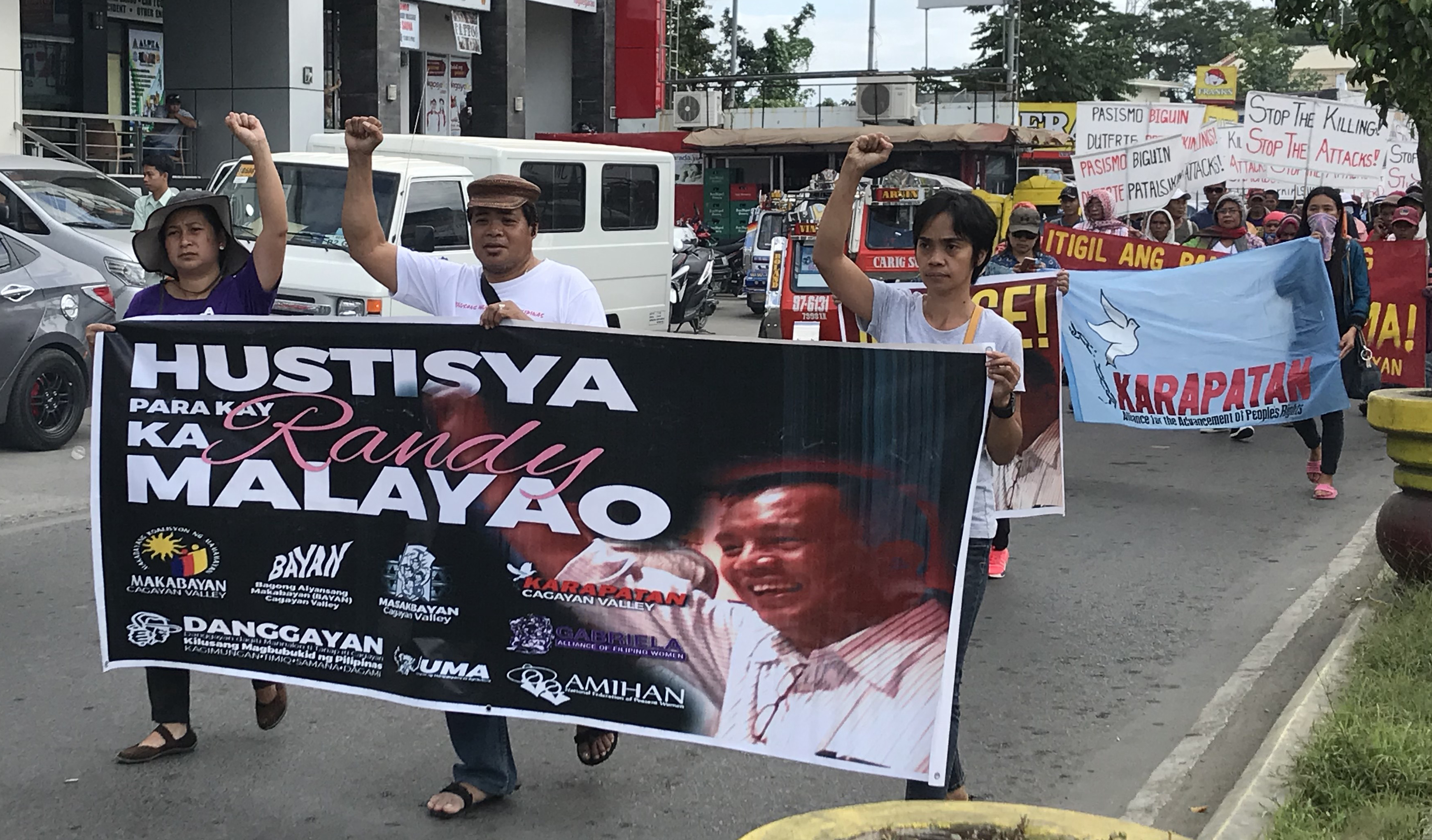 The protesters also slammed the Duterte administration for its “crackdown” on activists and  peace advocates.

They said the killing of Malayao was “political.”

Malayao, a peace consultant of the National Democratic Front of the Philippines (NDFP), was shot dead while sleeping inside a bus in Aritao, Nueva Vizcaya, on January 30.

(There is a strong need to end the brazen political killings of leaders and members of progressive, militant, and patriotic mass organizations.)

Before he was killed, Malayao had actively participated in the formal peace talks with the Philippine government panel in Europe, and had traveled around the country to advocate for “just and lasting peace.”

Malayao’s NDFP represented the Communist Party of the Philippines (CPP) in the peace talks in the hope of ending the decades-long armed revolution.

After the peace talks was suspended by President Rodrigo Duterte, Malayao was among 656 personalities that the Department of Justice petitioned a local court to declare as terrorists.

Based on this, the groups blamed the killing of Malayao on the military and its commander-in-chief, Duterte.

The Philippine National Police (PNP), however, in its official statements tagged Malayao as member of the CPP and New People’s Army (NPA), and pointed to communist rebels as his possible killers.

In his interview with ABS-CBN News following the release of an alleged CCTV footage of the killing of Malayao, Chief Superintendent Jose Mario Espino, Cagayan Valley regional police chief, said Malayao was involved in disputes within the revolutionary movement.

(His comrades killed him. First, the motive points to his comrades. We are getting reports that they were having internal problems, that’s one. We don’t know of his any other personal and business interests.)

Prior to Espino’s interview, his regional police information office also released a purported statement from the Philippine Army, saying Malayao had “misused” funds of the rebel group, an accusation that even the CPP and Malayao’s family belied.

Espino also urged the family to give back the personal belongings of Malayao, including his cellphones and laptop, to fast-track the resolution of the killing. The PNP has formed a task force to probe into the killing of the peace consultant.

Malayao’s belongings was earlier surrendered to his sister Perla by the Aritao town police. Days after, the town police chief and the provincial police drector of Nueva Vizcaya was relieved for “mishandling evidence.” – Rappler.com