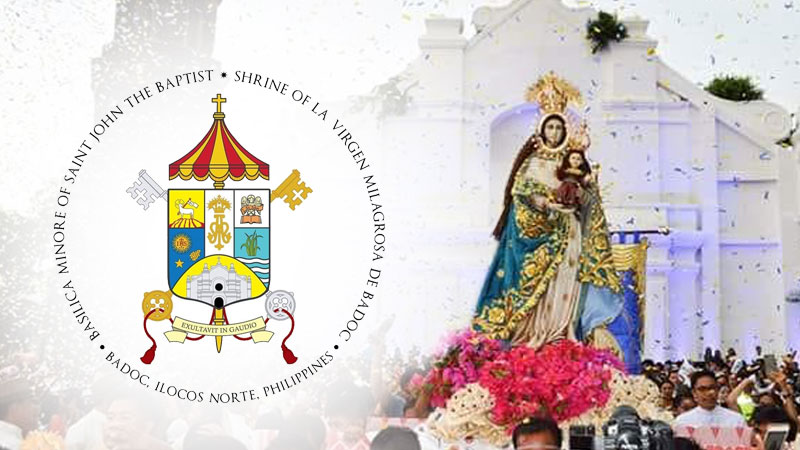 MANILA, Philippines – Retired Cotabato Bishop Orlando Quevedo has called on Ilocanos to “walk on the road to integrity” as a church in Ilocos Norte was elevated to a minor basilica.

Quevedo made the call in his homily at the mass for the elevation rite of the Shrine of La Virgen Milagrosa de Badoc in Badoc town, Ilocos Norte, on Tuesday, February 5, as he emphasized the significance of that day’s event.

“Becoming a minor basilica is a strong call to the people of Badoc and Ilocos Norte, as well as a call to all pilgrims…to strive daily to walk in the way of love and integrity, in the way of justice and peace,” said the Ilocano-born prelate.

“When ordinary citizens, politicians, doctors, lawyer, and members of other professions shun dishonesty and walk on the road of integrity…there we see the Church, the people of God, living in fidelity to God’s commands and to their covenant with God,” Quevedo added.

The prelate delivered his homily before thousands of devotees who gathered for the solemn declaration of the church. (READ: Laoag diocese sets date for Badoc church’s declaration as minor basilica)

Quevedo also said God’s spirit can be seen in motion when families respect and love one another, and when communities are at peace and in harmony.

The Apostolic Nuncio to the Philippines, Archbishop Gabriele Giordano Caccia in behalf of Pope Francis, declared the 14th minor basilica in the country. He was joined by other Filipino bishops, including Davao Archbishop Romulo Valles, Catholic Bishops’ Conference of the Philippines (CBCP) president.

In 2018, the Holy See’s Congregation for Divine Worship and the Discipline of the Sacraments approved the application of the Diocese of Laoag to elevate the status of the centuries-old church. (READ: Vatican elevates 2 Philippine shrines to minor basilicas)

Aside from the Filipino prelates and clergy, among those in the elevation ceremony was Osaka Archbishop Thomas Aquinas Manyo Cardinal Maeda, a descendant of Christians who were persecuted in Japan in the 17th century.

The Tokugawa Shogunate banned Christianity ain 1620, leading to the persecution and execution of Christians in Japan. Quevedo said that during that time, Japanese Christians shipped out their wooden images of the Blessed Virgin Mary and the crucified Jesus Christ to keep them from being destroyed.

Quevedo said it was also around that time when local fishermen discovered a wooden box at sea, containing the image of the Virgin of Badoc holding the Infant Jesus, and the image of the crucified Christ.

Special bond of communion with Pope

The title minor basilica entails eligibility to some ecclesiastical privileges. A “special bond of communion with the Pope” is granted to a church that meets certain criteria such as antiquity, dignity, historical value, architectural, and artistic worth, and significance as centers of worship.

The privileges include the granting of plenary indulgence to whoever visits the church under the necessary conditions of sacramental confession, eucharistic communion, and prayer for the Pope’s intention. Having the title also grants the use of the papal symbol.

According to a CBCP News article, the concessions are received during the following celebrations: on the anniversary of the dedication of the same basilica, on the day of the liturgical celebration of St John the Baptist and La Virgen Milagrosa de Badoc, on the Solemnity of Saints Peter and Paul, on the anniversary of the granting of the title of basilica, once a year on a day to be determined by the bishop and once a year on a day freely chosen by each of the faithfuls.

At the end of the mass, Valles gave an Apostolic Blessing with Plenary Indulgence especially granted by the Pope. A procession in honor of La Virgen Milagrosa de Badoc was also held around the town. (READ: 9 things to do in Ilocos Norte) – Rappler.com