Labor groups eye complaint vs Bello over deal with employers 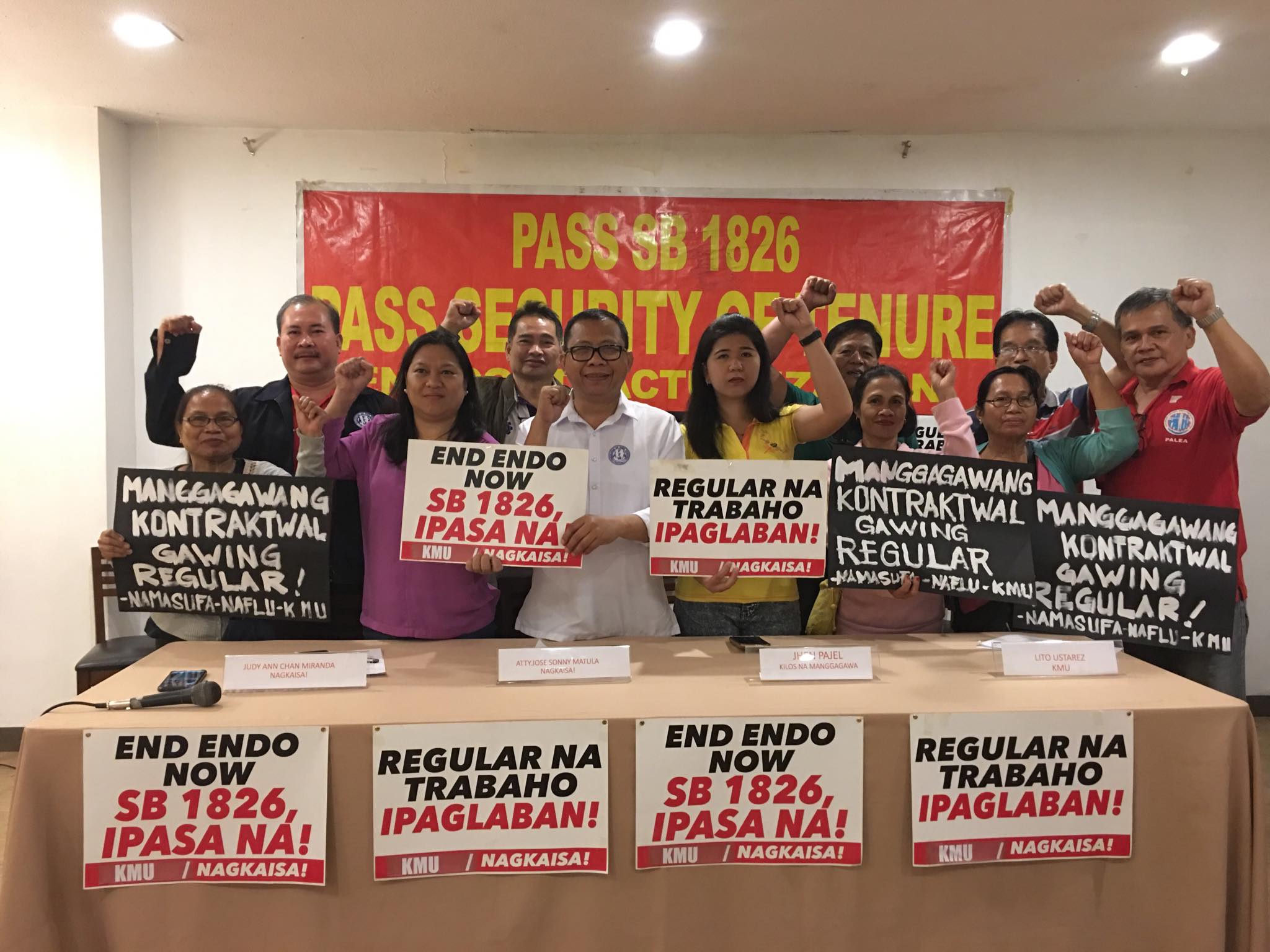 MANILA, Philippines – Labor groups are “seriously considering” filing a complaint against Labor Secretary Silvestre Bello III before the Office of the Ombudsman, over a recent regularization agreement with an employers’ group.

In a press briefing on Thursday, February 7, Nagkaisa Labor Coalition and Kilusang Mayo Uno (KMU) said it was “wrong” for Bello to enter into a memorandum of agreement (MOA) with the Employers’ Confederation of the Philippines (ECOP).

Under the deal, employers will regularize workers and DOLE will grant them a 3-year exemption from labor inspection.

“Nagkaisa and KMU warn Secretary Bello of the dire consequences of his actions. By entering into a MOA with employers, he might be liable under the Anti-Graft and Corrupt Practices Act,” senatorial bet and Nagkaisa chairperson Sonny Matula said.

The labor groups cite Section 3 (g) of Republic Act No. 3019 that qualifies the “corrupt practices” of public officers:

Entering, on behalf of the Government, into any contract or transaction manifestly and grossly disadvantageous to the same, whether or not the public officer profited or will profit thereby.

By giving a 3-year moratorium on labor inspections for the establishments that will regularize workers, the groups said Bello may violate Article 208 of the Revised Penal Code.

Article 208 states that any public officer shall be suspended or imprisoned for preventing prosecution of violators of the law. In this case, the labor groups argued, establishments left unchecked may commit labor law violations.

Matula added that the Department of Labor and Employment (DOLE) failed to consult workers’ groups before entering into the agreement.

“Secretary Bello may also be in violation of tripartism laws by entering into an agreement with employers behind the backs of workers. We only heard about this from his press conference,” Matula said.

The DOLE chief said that the labor inspection moratorium for a particular establishment will be lifted only when there is a complaint against it lodged with the department. – Rappler.com