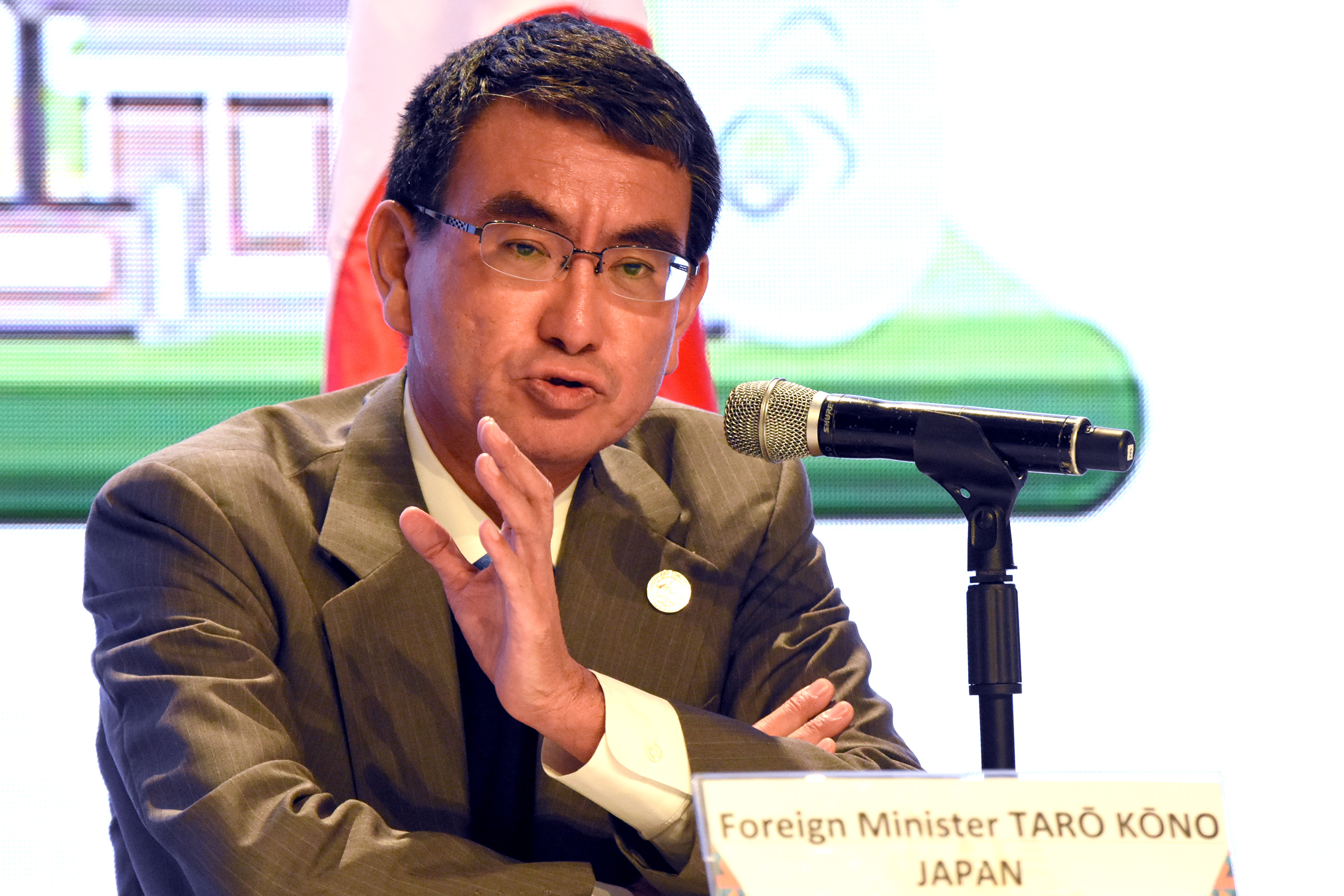 Kono’s official trip to the Philippines will take place from Saturday to Monday, February 9 to 11.

Japan is China’s rival in the Asia-Pacific region. Both Japan and China have been courting Duterte, as the Philippine leader strengthens ties with nontraditional partners in his personal contempt for the United States. (READ: Despite new friends, Philippines sticks it out with US in 2018)

The DFA said that aside from meeting Duterte, Kono will also meet with Locsin on Sunday, February 10.

“Foreign Minister Kono will meet with Secretary Locsin on February 10, 2019, in Davao to hold bilateral discussions on areas of mutual interest, including political, economic, and people-to-people engagement, especially Japan’s support for infrastructure development and for Mindanao in the wake of the ratification of the Bangsamoro Organic Law (BOL),” the DFA said.

For more than 10 years, Japan said it has supported the peace process in the southern Philippine island group of Mindanao, which is plagued by a decades-long Muslim rebellion.

The BOL, which was recently ratified in a plebiscite, aims to ensure peace in the southern Philippines. Japan had dispatched a team to monitor this Bangsamoro plebiscite.