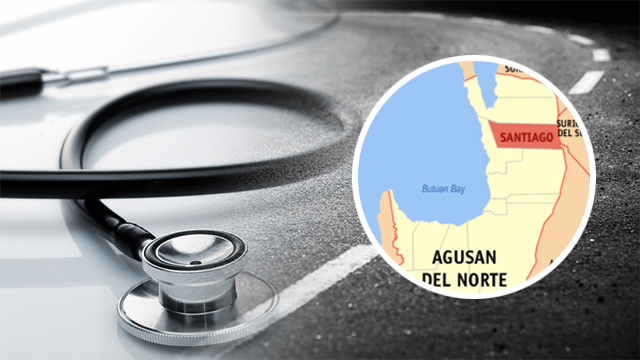 SANTIAGO, Philippines – A doctor died after she was hit by a Montero SUV in Santiago, Agusan del Norte, at around 8 pm on Thursday, February 7.

According to a report from RMN DXBC Butuan 693, the victim was identified as Dr Zuriel Arambulo, 28, a resident of Cainta, Rizal. She was going to serve as doctor in Santiago under the program of the Department of Health (DOH).

An investigation showed Arambulo went down from a Bachelor bus but did not notice the Montero speeding down the road and was hit.

She was immediately brought to Cabadbarang City District Hospital, but was declared dead on arrival by an attending physician.

According to Arturo Arambolo, the victim’s father, she was a newly-licensed doctor who decided to become one because of her passion to serve people in far-flung places.

DOH Caraga Regional Director Jose Llacuna Jr said they will look into the case to locate the driver of the Montero who reportedly fled the scene. – Rappler.com