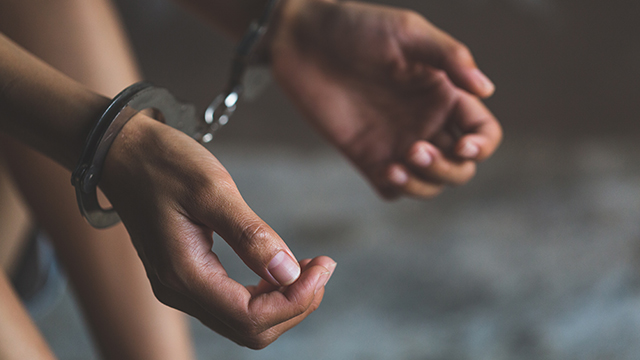 BAGUIO, Philippines – A housemaid  wanted for the killing of a teenager in Baguio City and for a series of robberies was nabbed by members of the Police Regional Office – Cordillera Intelligence Group I Thursday night, February 8.

Marites Judan, who has several aliases, was captured in an apartment in Alaminos, Pangasinan, with her live-in and crime partner.

Judan is wanted for the killing of 15-year-old Allery Wagayen in May 24, 2016, in Pinsao Proper, Baguio, stabbing her 13 times.

Judan is the number one most wanted person by the Baguio City Police Office.

The “Killer Maid,” as Baguio police has since named her, was arrested with partner Manuel Balangatan.

Judan has been nabbed by virtue of warrant of arrests issued by 3 separate judges for robbery with homicide, qualified theft, and adultery.

Judan and Balangatan are also the primary suspects in a robbery last January 5 in Santa Cruz, Ilocos Sur, while she is also the suspect in a qualified theft in Bangar, La Union, police said.

Police records show that Judan has stolen a total of P1.924 million. Earliest records show that she took P20,000 worth of jewelry from Belen Ismedina in Solano, Nueva Vizcaya, on September 26, 2016. Thish was immediately followed with a P400,000 heist on a Chinese businessman in Santiago, Isabela.

Judan and Balangatan were first brought to the Alaminos Police Office before they were brought to Baguio. – Rappler.com