Davao City measles cases down; adults to be vaccinated too 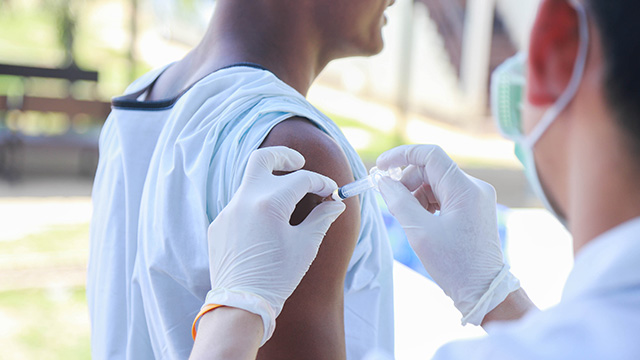 DAVAO CITY, Philippines – The city health office here on Friday, February 8, said it had included even adults in its anti-measles vaccination campaign, following the outbreak that hit Luzon and the Visayas.

Dr Josephine Villafuerte, Davao city health officer, however clarified that no outbreak had been declared in the city.

On the contrary, there were fewer measles cases recorded in January compared to the same period last year.

“As of February 4 this year, we have recorded only 45 cases of measles in Davao City. It has significantly dropped, considering that January last year, we had 141 cases,” she said.

However, Villafuerte said that because measles was highly contagious, they decided to include even adults in the immunization campaign.

“All of the health centers in Davao are offering measles immunization for children, even those out of the target age. We even give vaccines to adults and institutions and offices,” she said.

“When one in the family has measles, everyone will get measles, so we are urging the public, especially those who have not been immunized, to go to their health centers to get vaccinated,” Villafuerte added.

She also appealed to parents to have their children vaccinated, adding that the anti-measles vaccine is unlike the controversial Dengvaxia.

“We have been using the measles vaccine for a long time so it’s already been proven safe and effective,” Villafuerte said.

Controversy hounded the dengue immunization program after the manufacturer of the vaccine, French firm Sanofi, announced that its continuing tests showed that Dengvaxia exposed recipients to a more severe strain if taken without having contracted dengue before.

Since the Dengvaxia controversity, the Department of Health has reported a drop in immunization. The agency said Dengvaxia had contributed to low immunization rates. In turn, accumulation of unvaccinated children has lead to several measles outbreaks .

The DOH has declared measles outbreaks in Metro Manila and in parts of Luzon and the Visayas.

While other public health programs were also greatly affected in the post-Dengvaxia scandal, the health department faces the challenge of introducing a new vaccine for Japanese Encephalitis in 2019. – with a report from Sofia Tomacruz/Rappler.com

*Image of vaccinated man from Shutterstock