Malacañang to LGUs: Get involved in immunization info drive 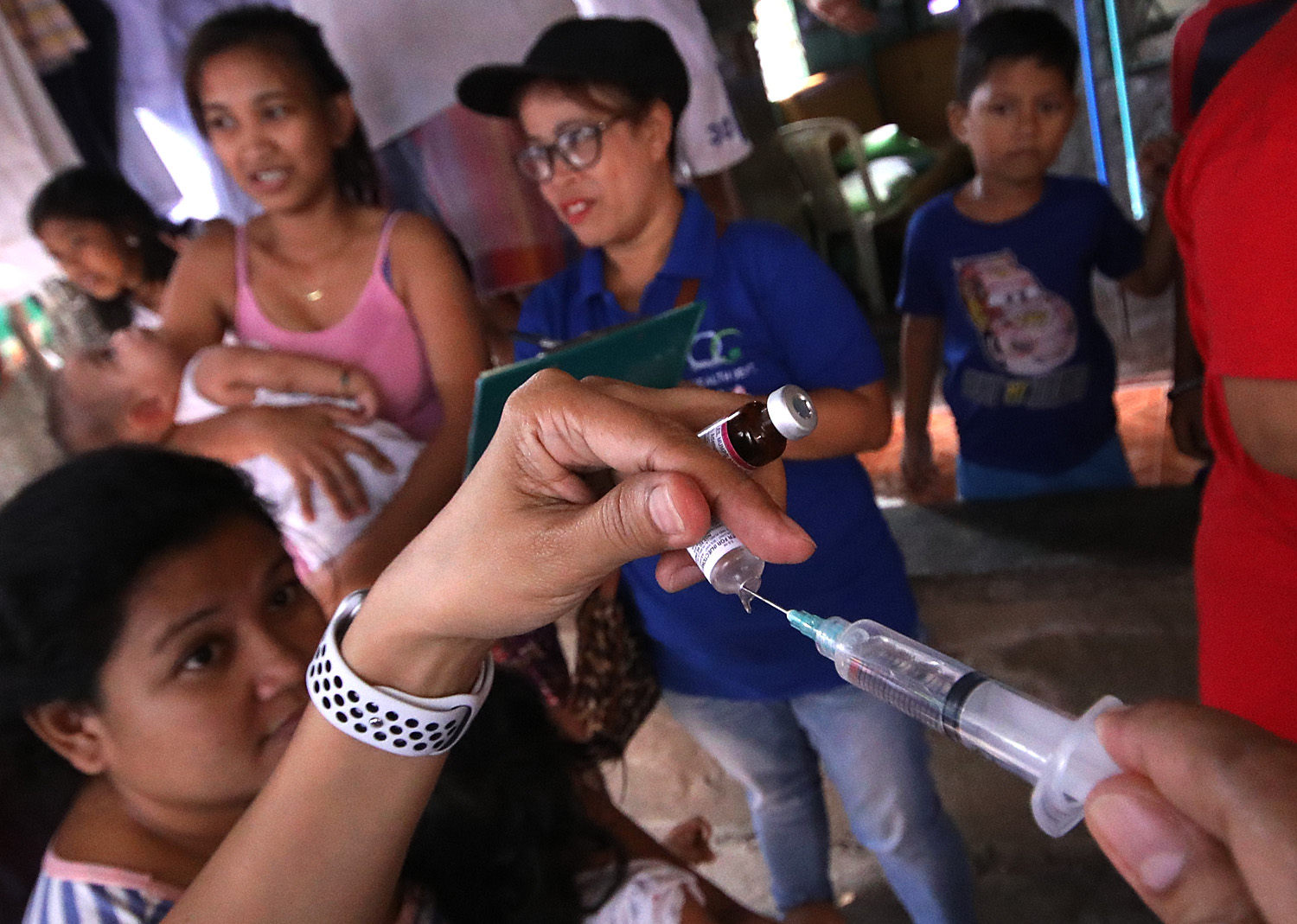 MANILA, Philippines – Malacañang on Saturday, February 9, called on local government units (LGUs) to get involved in the information drive on immunization  as part of the national government’s effort to bring down measles cases in the country.

Cabinet Secretary Karlo Nograles made the call as he assured the public that the government will “properly implement” Republic Act (RA) 10152 or the Mandatory Infants and Children Health Immunization Act of 2011.

The law requires the government to provide free immunization to infants and children up to 5 years of age for vaccine-preventable diseases such as measles, tuberculosis diphtheria, tetanus and pertussis; poliomyelitis; mumps; Hepatitis-B; and H. Influenza type B (HIB).

Nograles made the statement 3 days after President Rodrigo Duterte and his Cabinet discussed the measles outbreak in Metro Manila, and other parts of Luzon and the Visayas.

“The Duterte Administration recognizes that this is a public health issue that needs to be urgently addressed, which is why we are focused on ensuring that the provisions of RA 10152 are properly implemented,” Nograles said.

“I think the LGUs play a very critical and important part in this immunization program and other programs of government,” he added.

Under Section 4 of the law, “the DOH, other government agencies, nongovernmental organizations, professional and academic societies, and local government units shall make available appropriate information materials and shall have a system of its distribution to the public.”

“So it is clear in the law that we need to mobilize the entire government machinery, as well as our partners in the health sector, to inform the public that immunization is provided for free by the government, that it is safe, and that this is needed to protect the lives and health of children all over the country,” Nograles said.

While regional health offices have intensifed their campaigns to vaccinate as many children as possible, some parents have refused to have their children vaccinated for several reasons, topped by fears of generated by the Dengvaxia controversy.

The country’s immunization rates have gone down since the Dengvaxia controversy erupted in November 2017, when vaccine maker Sanofi Pasteur admitted Dengvaxia could lead to severe dengue symptoms if one has not had dengue before. – Rappler.com