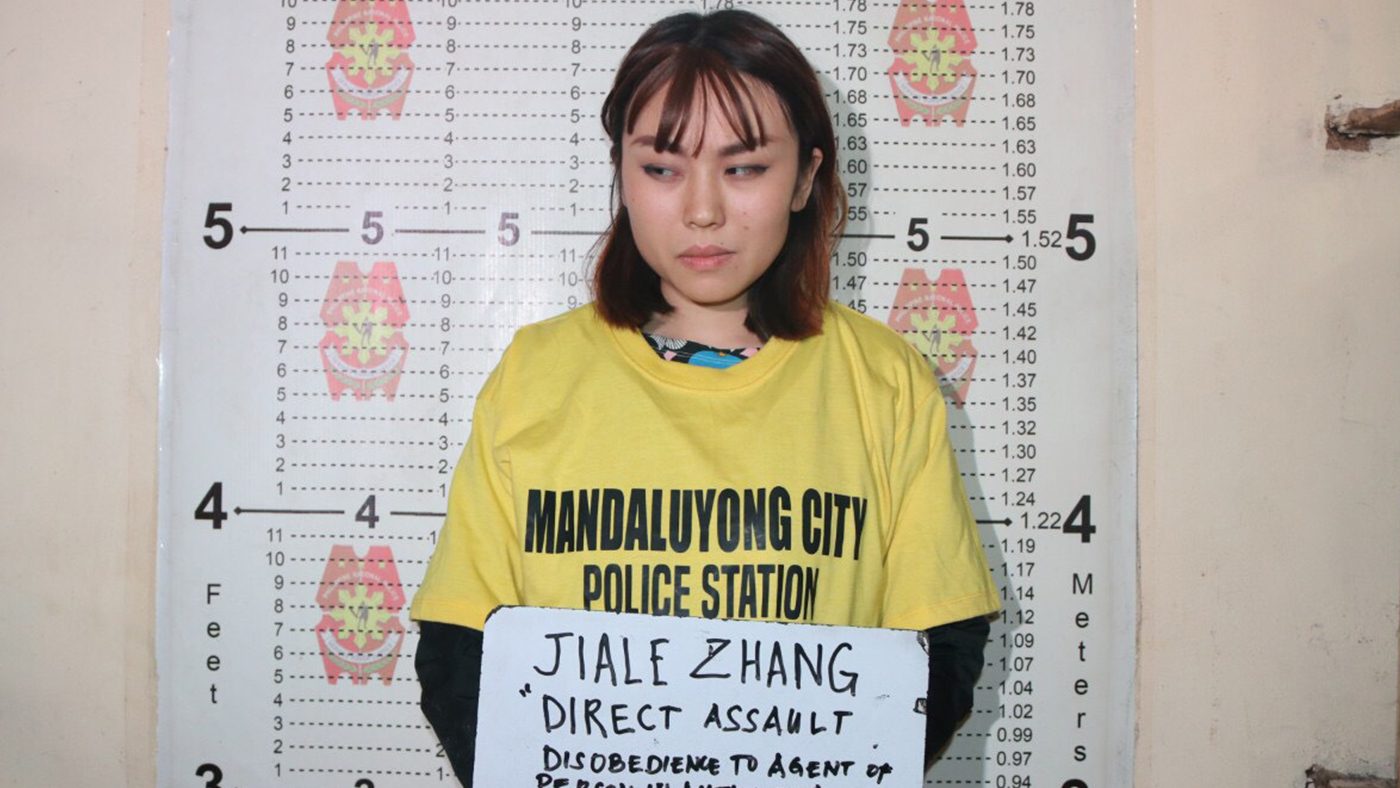 MANILA, Philippines – The foreign student passenger who threw her cup of taho at a policeman guarding the Metro Rail Transit Line 3 (MRT3) could face deportation.

National Capital Region Police Office (NCRPO) chief Director Guillermo Eleazar said the cops would recommend to the Bureau of Immigration (BI) that 23-year-old Jiale Zhang, a Chinese national, be “declared as an ‘undesirable alien,’ which will eventually be the basis for her deportation.”

Eleazar described the incident as “offensive, to say the least.” He pointed out that the cop, Police Officer I William Cristobal, was merely assisting with the implementation of the MRT3’s no-liquid policy.

(We can’t just imagine the utter lack of respect for the police that we’ve seen in this incident. Of course, it’s an embarassment for our men in uniform, for our organization, for our entire being.)

The NCRPO chief said anyone who would act with disrespect toward a person in authority must be held accountable, whether a local or a foreigner.

“We have rules and regulations here. Just like when we are in other countries, we also follow their rules and law,” Eleazar said.

According to the Mandaluyong City police, Zhang threw her cup of taho at Cristobal when the cop reminded her of the no-liquid policy on Saturday, February 9. The policy was recently implemented at railways as a security measure, to block liquid bombs.

Zhang now faces charges of disobedience to a person in authority and unjust vexation.

The BI said it will coordinate with the NCRPO and the Department of Transportation for Zhang’s case.

Vice President Leni Robredo on Sunday called Zhang’s actions not just an insult to the police, but to all Filipinos. She added that this and other alleged incidents of disrespect by Chinese in the Philippines may have rooted from the “special treatment” given to China by the Philippine government. – Rappler.com