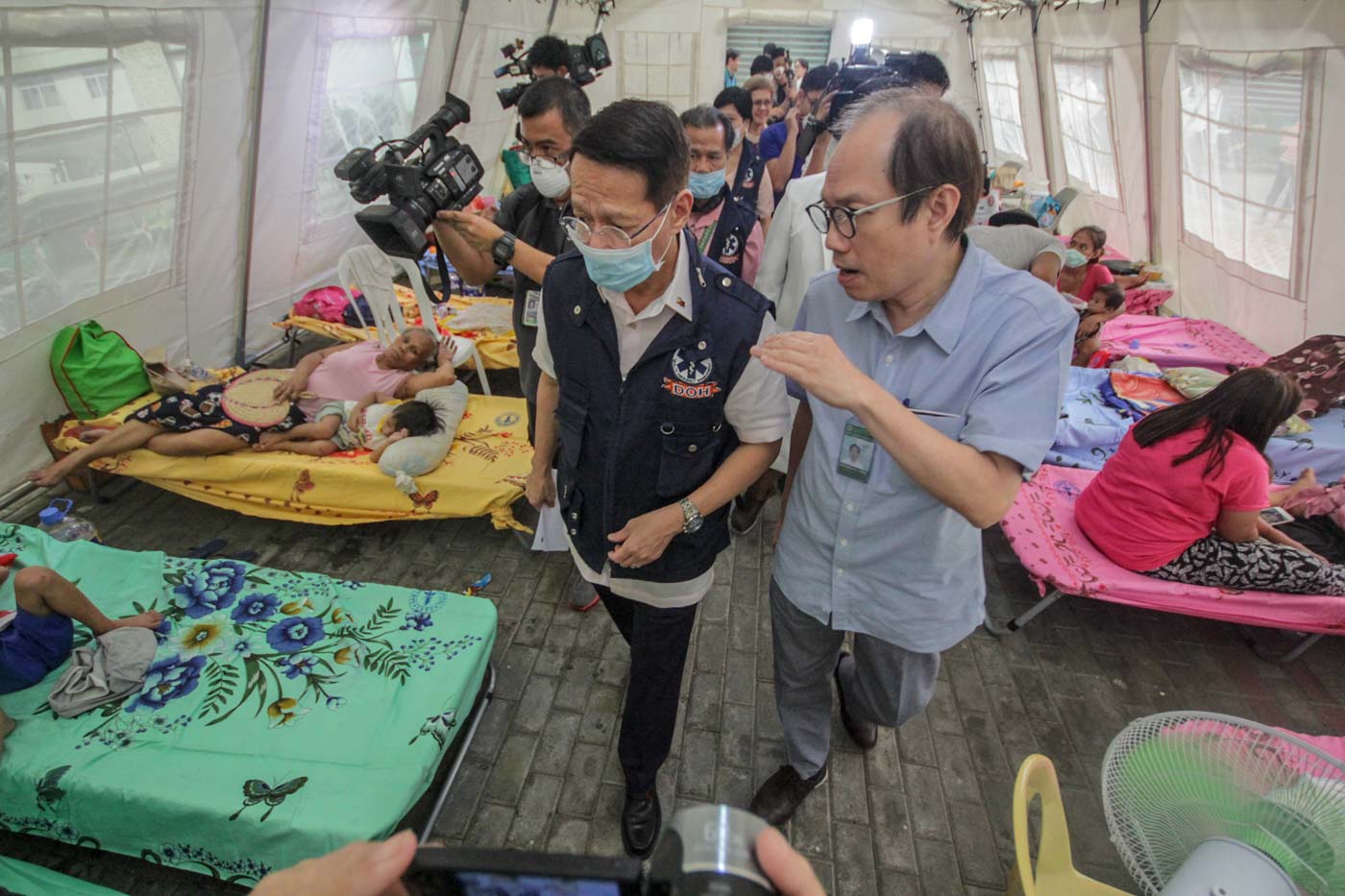 MANILA, Philippines – Heath Secretary Francisco Duque III on Wednesday, February 13, said the number of measles cases in the country was still rising, nearly a week since his department declared an outbreak in Metro Manila and several other regions in the country.

In a phone call with Rappler, Duque said the measles outbreak was not yet under control as the number of cases had continued to climb.

Data from the Department of Health (DOH) epidemiology bureau showed the number of cases increased to 5,635 as of 9 am on Monday, February 11.

“We can’t say that the outbreak is under control yet, cases are still increasing,” Duque told Rappler.

For an outbreak to be declared under control, there should be a decrease in the number of cases. (FAST FACTS: What is measles and how can it be prevented?)

Data obtained by Rappler from the DOH’s epidemiology bureau showed there had been 87 deaths due to measles from January 1 to February 11 this year. This is 383% higher than the number of deaths in the same period in 2018, which was pegged at 18 confirmed cases.

The DOH is targeting to vaccinate some 12 million people to combat the rising trend in measles cases. This number, Duque said, would mean 95% of the population would be vaccinated to reach herd immunity. (READ: Dengvaxia controversy: Immunization drops, measles outbreaks soar)

Government agencies have mobilized resources to conduct a mass immunization campaign, which will run until March 2019.

Duque said it was possible the measles outbreak would be under control sometime between the end of April to start of May 2019. He said this was a “prudent” timeline as the disease still needed to be controlled.

The timeline is also dependent on whether or not the DOH could achieve its target 95% vaccination coverage on time, Duque said.

Before this, the DOH had been conducting supplementary immunization activities and outbreak response immunization to combat the rising trend in measles cases.

Duque assured the public that there was enough supply of vaccines to respond to the outbreak, and that it was in the process of procuring additional from Unicef to meet the target 12 million. – Rappler.com