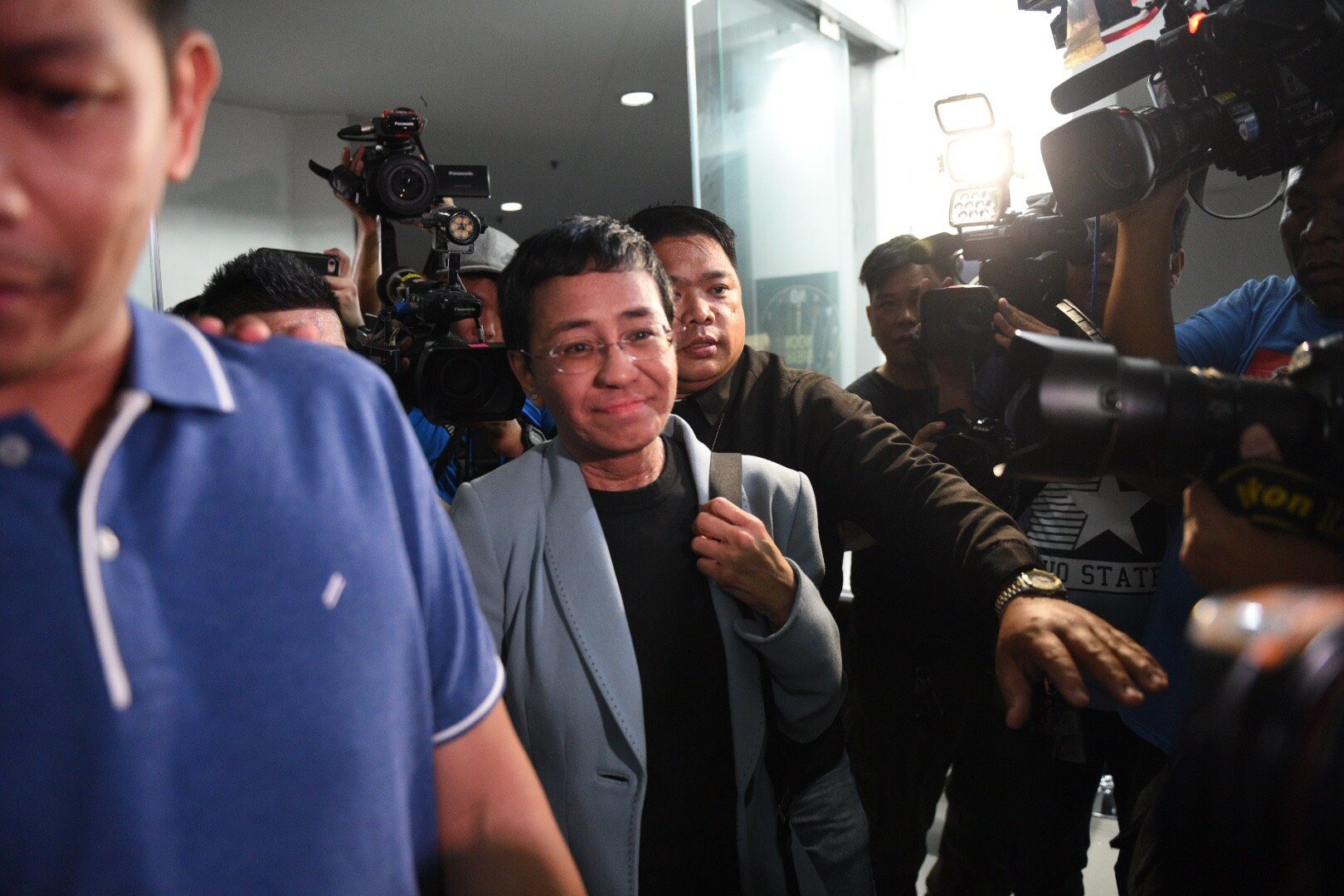 Facebook Twitter Copy URL
Copied
‘This is a legal point that perhaps I think is something that we can bring up all the way to the Supreme Court,’ says leading cyber lawyer and Rappler counsel JJ DIsini

MANILA, Philippines – The cybercrime law in the Philippines, young in itself and which underwent intense scrutiny even after its enactment, will again be tested by the arrest of Rappler CEO Maria Ressa.

Ressa was arrested and detained overnight on Wednesday, February 13, by the National Bureau of Investigation (NBI) by virtue of an arrest warrant by Judge Rainelda Estacio-Montesa of Manila Regional Trial Court (RTC) Branch 46.

A copy of the charge sheet as well as the court resolution are not yet available to both the media and Ressa’s lawyers as of press time, but the warrant means the judge found initial probable cause to proceed with the case.

Ressa’s counsel, and leading cyber lawyer, JJ Disini said that the case will have implications on other online publications.

Was the case filed on time? The first contention is the prescriptive period. In ordinary libel, which is Article 355 of the Revised Penal Code (RPC), “the crime of libel or other similar offenses shall prescribe in one year.”

The article in question – a story that links the late former Chief Justice Renato Corona to the businessman and complainant Wilfredo Keng – was published in May 2012.

Under the RPC, the complaint should have been filed before May 2013. It was only filed in October 2017.

In the resolution of the Department of Justice (DOJ) indicting Ressa, prosecutors cited Section 1(d) of Act 3326 in saying that special acts such as the Cybercrime Law prescribe “after twelve years.”

Disini, who had challenged the cybercrime law’s constitutionality before the Supreme Court, said that “the interpretation taken by the DOJ is wrong.”

“The Supreme Court said in the cybercrime case that cyber libel is the same as libel in the RPC. And the RPC says that liibel expires one year after publication,” Disini said.

Multiple publication rule? There is also the issue of a supposed republication.

In February 2014, Rappler made some correction to typographical errors so the website reflected a second date, two years after publication.

“Even assuming that this was republished in 2014, the time to file the libel case would have expired in 2015, and it was filed in 2017, way beyond the period set by law,” Disini said.

While the article was published in May 2012, the cybercrime law was only enacted in September 2012, which means the law does not cover the alleged offense.

However, the DOJ said that “under the multiple publication rule…we hold that the republication of the article as may have been modified or revised is a distinct and separate offense for which the author should be prosecuted.”

Disini said the correction is not considered republication, as the edits only added missing punctuation marks.

“So if it was libelous in 2012, the addition of the punctuation did not add anything so you cannot say that there was republication in 2014. This is a legal point that perhaps I think is something that we can bring up all the way to the Supreme Court,” said Disini.

How did the case progress? On February 22, 2018, former Cybercrime Division chief Manuel Antonio Eduarte said the NBI was closing its investigation as it found no basis to proceed with the complaint.

Eduarte then cited the lapsed prescriptive period. A little over a week after the announcement, the NBI discreetly filed the complaint anyway with the DOJ. The DOJ indicted Rappler January 10, 2019, and served the lawyers the resolution on February 4.

“They went through a lot of effort to have me here tonight, and okay, I’m here,” Ressa said.

Ressa has previously dealt with 5 counts of tax cases, in all of which she was able to post bail without spending a minute in detention. In the end, it is the initially-dismissed cyber libel case that detained her.

“The more ludicrous, the better. It makes a case for us: this is how far the government will go to silence a voice. What are they afraid of?” Ressa said. – Rappler.com