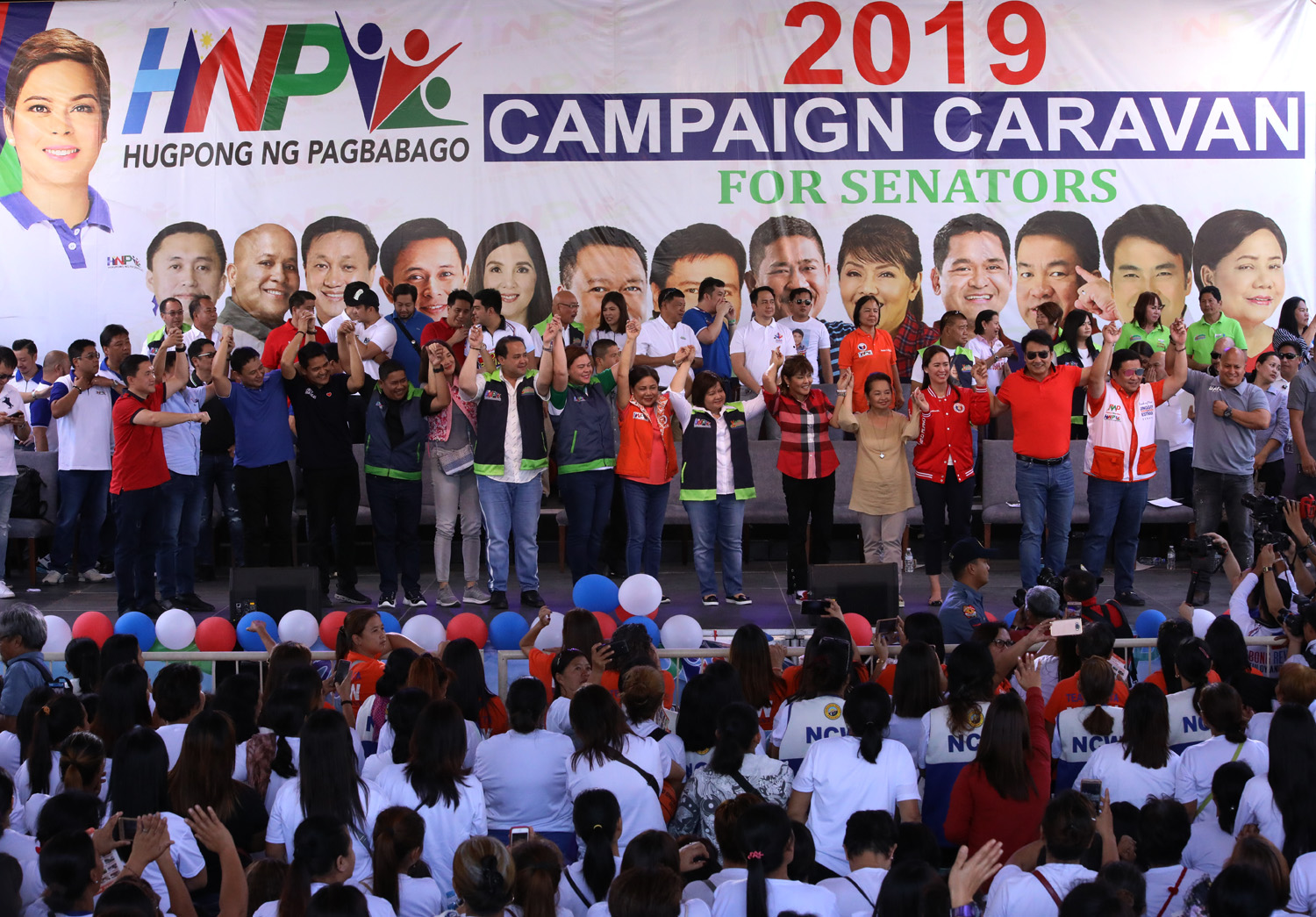 MANILA, Philippines – The 90-day campaign season for the May 2019 elections is on. Hugpong ng Pagbabago (HNP), with its slate of 13 senatorial candidates, will be going around the country to hold campaign rallies.

HNP’s head, Davao City mayor Sara Duterte, said they aim to hold 110 events in 90 days. While these rallies will be held in different cities, you can expect candidates to be repeating key messages – their priority legislation should they become senator, their defenses against allegations lobbed at them, or even just their message to supporters.

In this guide, Rappler compiles key quotes and messages made by HNP candidates during sorties. This will be updated as the candidates say something new.

For each candidate, we will include particularly interesting quotes, written verbatim. There will also be a summary of their platform, as explained by the candidate during sorties, or key message.

We did not include their jokes, side comments, and gimmickry. For these, you can check out our Facebook Live videos showing the campaign rallies in their entirety.

The summary below is based on the candidates’ speeches during the Pampanga, Bataan, and Olongapo City rallies they attened on February 12 to 13.