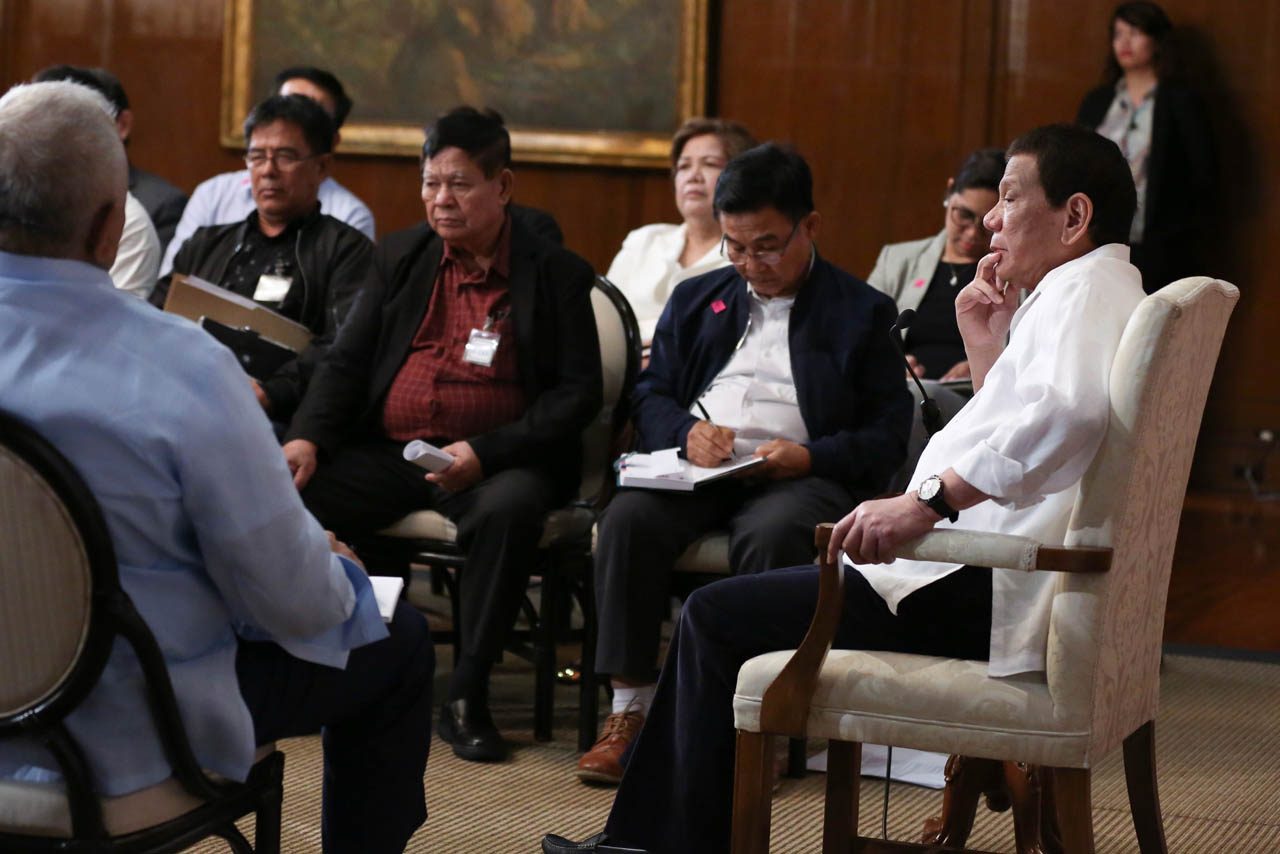 Facebook Twitter Copy URL
Copied
The law lifts import limits on rice, which opens the doors to more imported rice entering the country – a boon to Filipino consumers, but a bane to rice farmers and the local rice sector as a whole

MANILA, Philippines (UPDATED) – President Rodrigo Duterte signed into law an act that will lift import restrictions on rice, a measure the government hopes will make the food staple more affordable for Filipinos.

Duterte signed Republic Act No 11203 on Thursday, February 14 – the day before it was to lapse into law, unless the President decided to veto it. This was confirmed by Senator Aquilino “Koko” Pimentel III and Presidential Spokesperson Salvador Panelo on Friday.

It’s formal name is “An Act liberalizing the the importation, exportation, and trading of rice, lifting for the purpose the quantitative import restriction on rice.”

A copy of the law was sent to media on Monday, February 18.

The law seeks to amend Republic Act (RA) No. 8178 or the Agricultural Tariffication Act of 1996 and replace the quantitative restriction (QR) on rice imports.

Instead of limiting how much rice will enter the country, rice imports will just be slapped witn a tariff.

Rice from Southeast Asian countries will pay a 35% tariff or the import duty rate commitment of the Philippines for rice importation, pursuant to the ASEAN Trade in Goods Agreement.

For non-ASEAN member states, the tariff is at 50% or the tariff equivalent calculated in accordance with the World Trade Organization agreement on agriculture upon the expiration of the waiver relating to the special treatment for rice of the Philippines, whichever is higher.

This deregulation of rice will mean imported rice flooding the country, to the disadvantage of Filipino rice farmers and local rice industry as a whole which can’t compete with the prices of rice from countries like Thailand and Vietnam. (READ: Butterfly affect: How rice tariffication bill affects everyone)

However, this increased supply of rice is expected to benefit rice consumers who will have access to more affordable rice.

The law creates a Rice Competitiveness Enhancement Fund that will go to programs aimed at increasing the income of Filipino farmers. The fund shall amount to P10 billion annually for the next 6 years.

The fund seeks to provide various forms of assistance to rice farmers, such as development of inbred rice seeds, rice farm equipment, and skills enhancement. Under the measure, the fund would be allocated and disbursed to rice-producing areas.

The rice tariffication law has been pushed by Duterte’s economic managers as one way to address inflation. Senator Cynthia Villar, who sponsored the Senate version of the bill, said it would also take out “unnecessary intervention” by the government in rice importation.

Villar was referring to the National Food Authority (NFA), the government agency that had been in charge of importing rice to ensure a buffer stock for the country in times of emergency.

The NFA, however, has been recently accused of mismanagement and corruption. In September 2018, Duterte announced he would replace its embattled administrator Jason Aquino. Duterte is yet to appoint his replacement, though he had initially offered the post to former army chief and now Social Welfare Secretary Rolando Bautista. – Rappler.com