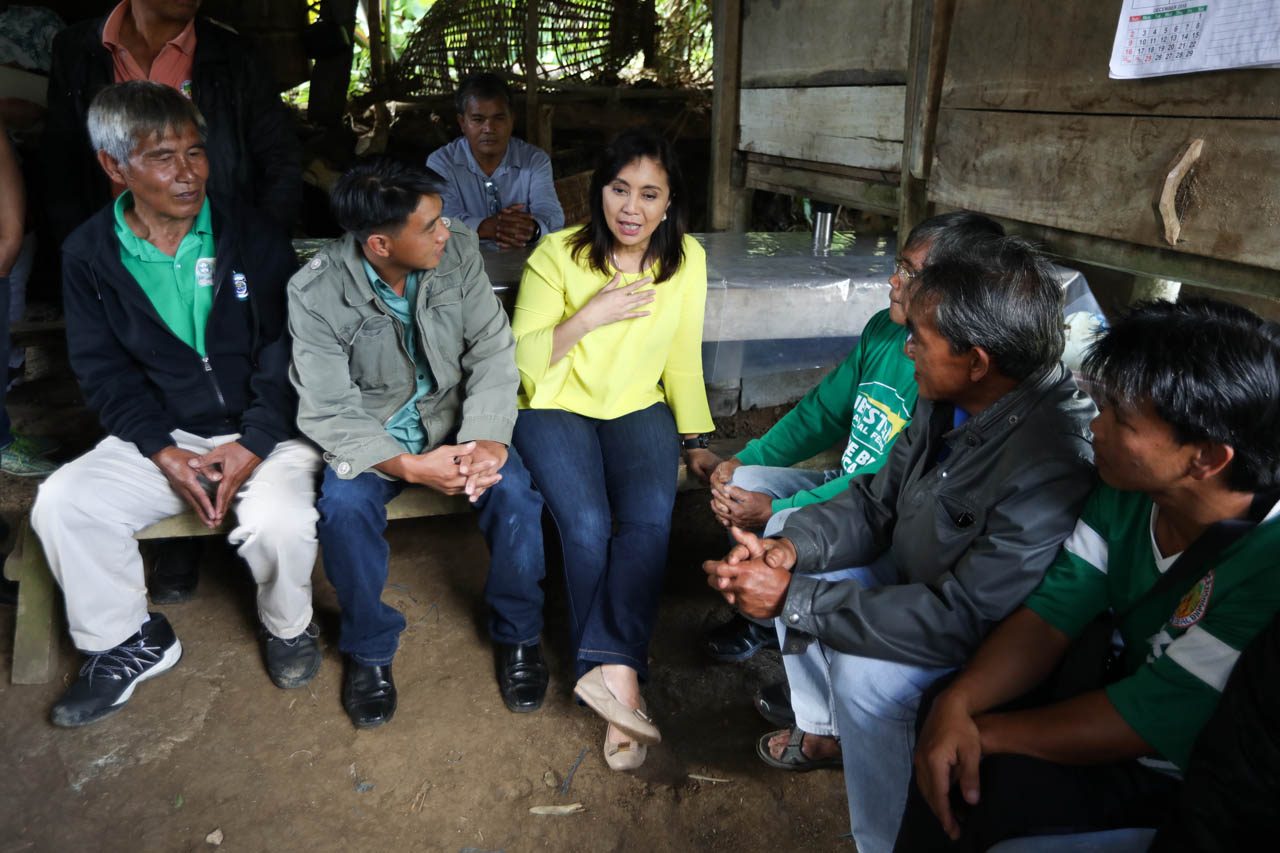 MANILA, Philippines – After President Rodrigo Duterte signed the rice tariffication law, Vice President Leni Robredo urged the government to ensure that “safety nets” are available for farmers who may be hit hard by the new measure.

The newly signed rice tariffication law seeks to lift import restrictions on rice, which the government hopes will lower the price of the food staple to a level more affordable for Filipinos.

It amends Republic Act No. 8178 or the Agricultural Tariffication Act of 1996 and replaces the quantitative restriction on rice imports.

Under the law, instead of limiting how much rice will enter the country, rice imports will just be slapped with a tariff.

Since the law will allow uninhibited rice importation, Robredo said the government must put “safety nets” in place for farmers. (READ: Butterfly effect: How rice tariffication bill affects everyone)

(Farmers will surely earn less, that’s why it’s crucial to talk about what will be done to ensure farmers will not be affected negatively.)

The Vice President recalled the negative impact of the Tax Reform for Acceleration and Inclusion (TRAIN) law, especially on the poor who struggled with rising prices.

(What’s worrisome here is, if we use the TRAIN law as a test run where the implementation of safety nets for the poor was slow, farmers will be even more burdened with rice tariffication.)

Progressive groups earlier voiced concern over the law. Anakpawis Representative Ariel Casilao warned it “would bury to death the livelihood and welfare of 2.4 million rice farmers and more farm workers, along with the threat of conversion of the 4 million hectares of agricultural lands.”

Robredo earlier voiced support for the law as a way of easing rice prices. But she said it should not put too heavy a burden on farmers, who are among the poorest in the country. – Rappler.com