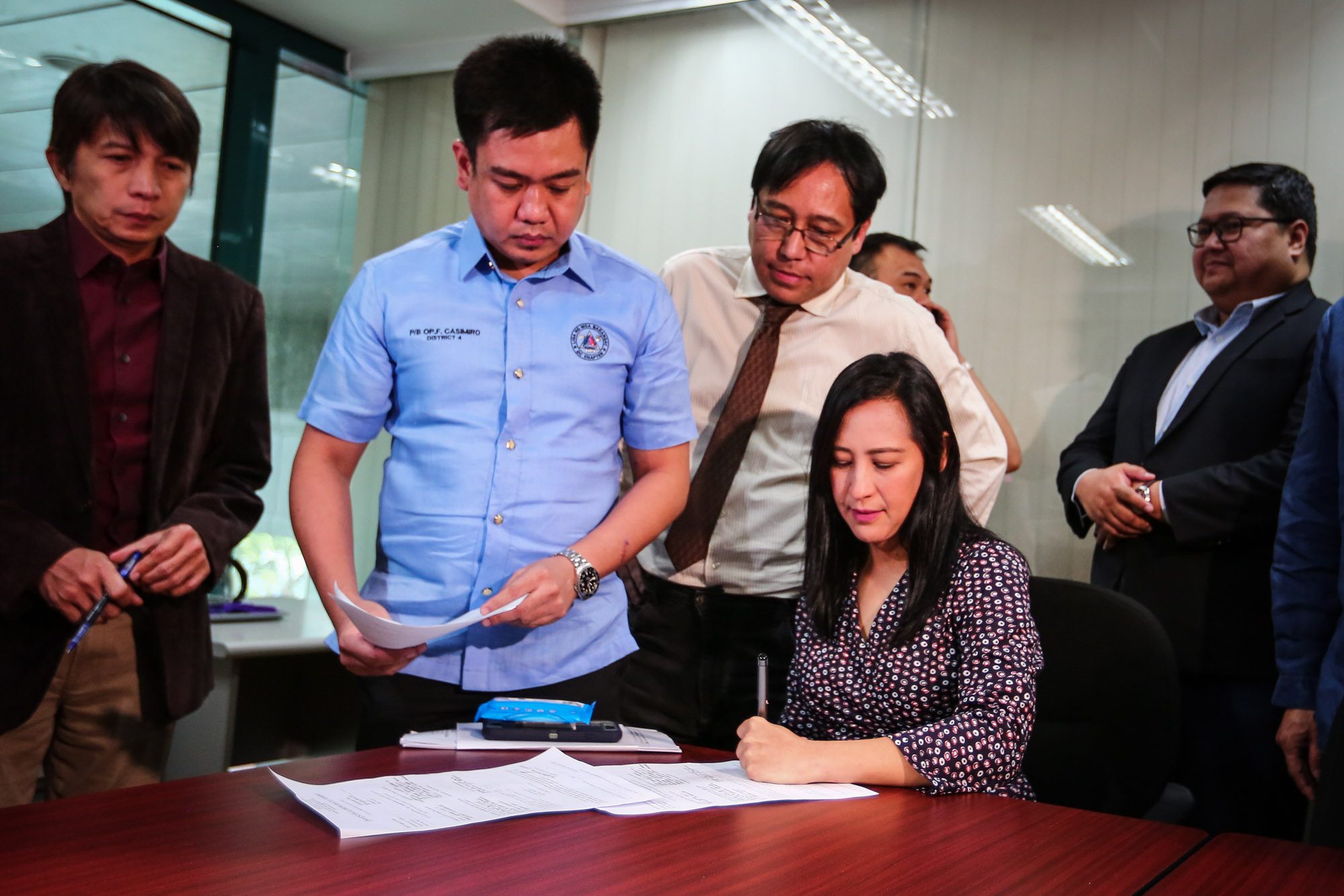 In her complaint, filed with the city fiscal’s office on Monday, February 18, she said former Philippine Charity Sweepstakes Office chief Manuel Morato and former Davao del Norte congressman Antonio Lagdameo maliciously wrote a factually incorrect report about a case against her that the justice department had already dismissed.