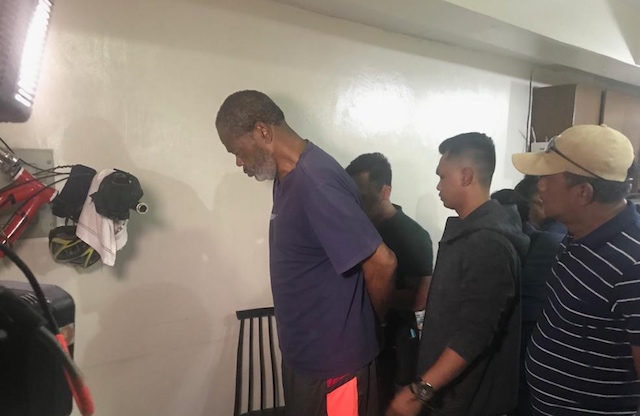 ANGELES CITY, Philippines – Acting on a tip from the United States’ Federal Bureau of Investigation (FBI), police in this city arrested an American expatriate for alleged online sexual exploitation of minors.

The cops decided to conduct an entrapment operation after learning that Ross had made an arrangement to sexually exploit a 17-year-old female inside his apartment.

Voltaire John Santillan, a media communications specialist of the International Justice Mission (IJM), said Ross was arrested while the female victim was turned over to the Department of Social Welfare and Development for socio-psychological intervention.

An IJM statement to the media quoted Chief Superintendent William Macavinta, PNPWCPC chief as saying that the agency will continue to collaborate with international agencies to go after people exploiting Filipino children.

“This is occurring just days after two rescues in Taguig and Cebu City, where a total of 15 children were rescued from online sexual exploitation of children (OSEC), and 3 traffickers were arrested. These three operations in 4 days prove we are committed to seeing an end to OSEC in our communities,” Bicol said.

IJM said that it was the FBI that first alerted the PNP about the “suspicious conduct” of Ross.

Through surveillance operation, PNPWCPC learned that the American has been living in the same apartment for the past 5 years and that he was overstaying in the Philippines in violation of immigration rules and the terms and conditions related to the issuance of his visa.

Since 2011, the IJM has supported and assisted the PNP and the National Bureau of Investigation in the arrest of some 183 suspected online sexual exploiters of children in different parts of the country. The operations resulted to the rescue of 429 children.

In 2016, a United Nations International Children’s Emergency Fund (UNICEF) report  dubbed the Philippines as the “global epicenter of the live-stream sexual abuse trade” where “many of the victims are children.” – Rappler.com