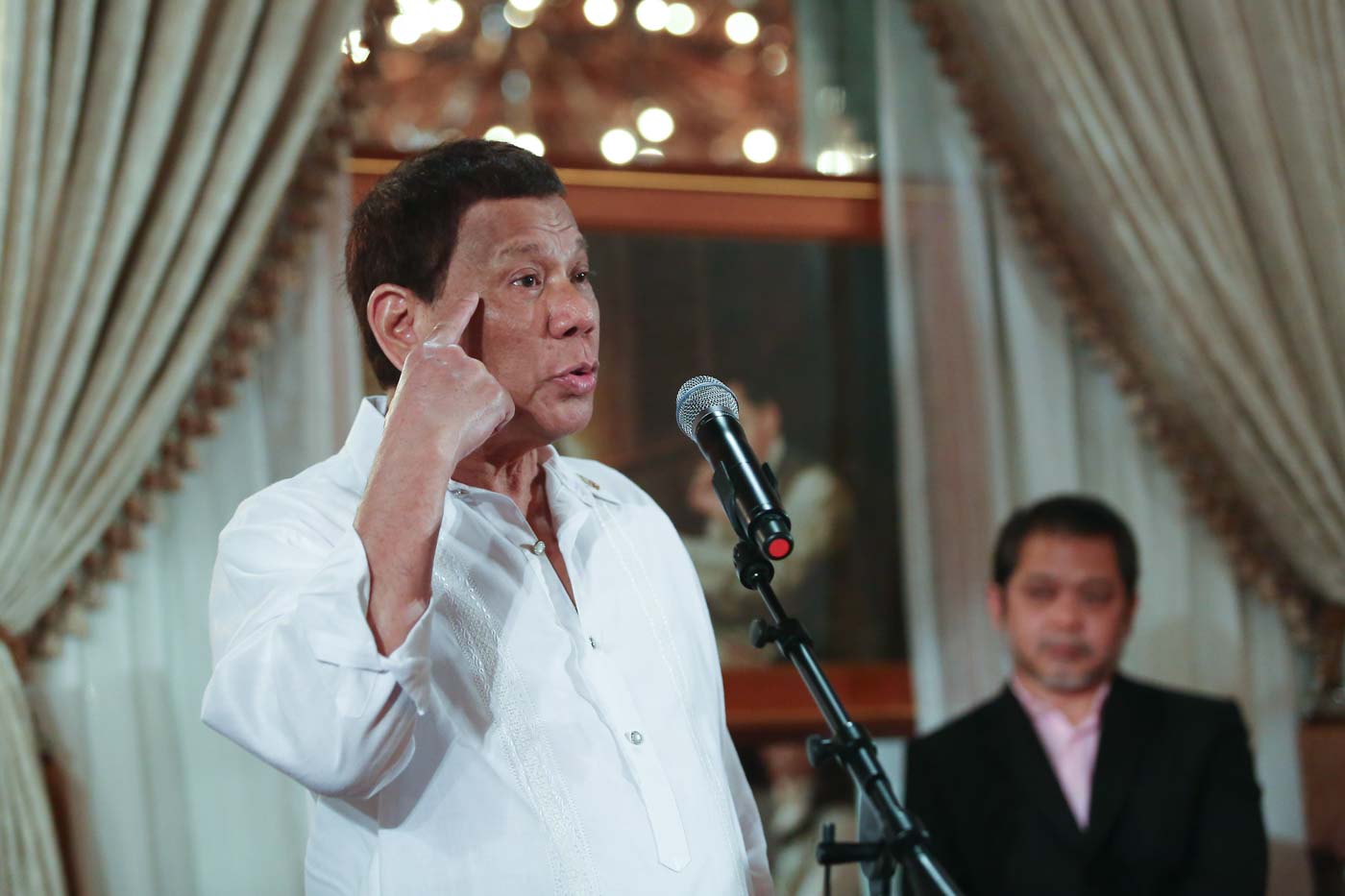 MANILA, Philippines – President Rodrigo Duterte lashed out at the Catholic Church on Wednesday, February 20, ahead of a historic summit convened by Pope Francis to tackle a child sex abuse crisis involving priests.

In a speech in Malacañang on Wednesday, Duterte said the Pope convened this summit because Rome supposedly said “4 out of 5” priests are gay.

The President wrongly attributed this figure to Rome.

It is the upcoming book In the Closet of the Vatican that, according to The Guardian, said “80% of priests working at the Vatican are gay, although not necessarily sexually active.” The book said the “80%” refers to priests at the Vatican, not all priests in the Catholic Church.

“The Pope is now calling for a summit to address this particular problem because 4 out of 5, sabi ng Rome, ang pari bakla (according to Rome, are gay priests),” Duterte said

Experts have questioned this “80%” figure as unscientific, and have also rejected the mindset that homosexuality among priests is a direct cause of child sex abuse.

In his speech, Duterte later referred to the arrest on Tuesday, February 19, of a priest accused of molesting more than 50 people in Biliran. He also bragged that critics know a lot of “secrets” of the Catholic Church.

The President detests the Catholic Church as it is one of the leading critics of his bloody anti-drug campaign.

His statements come as the Catholic Church is set to hold a historic summit at the Vatican about child sex abuse, from Thursday to Sunday, February 21 to 24. Heads of 100 bishops’ conferences in different countries, including the president of the Catholic Bishops’ Conference of the Philippines, have been invited to the summit.

The conference aims to be an opportunity to improve awareness of the global phenomenon of sexual abuse of minors within the Church, despite many in Africa, Asia and the Middle East being in denial of what they call “a Western problem.”

The summit comes after Pope Francis defrocked a former cardinal – American Theodore McCarrick – over accusations he sexually abused a teenager 50 years ago. – with reports from Agence France-Presse/Rappler.com