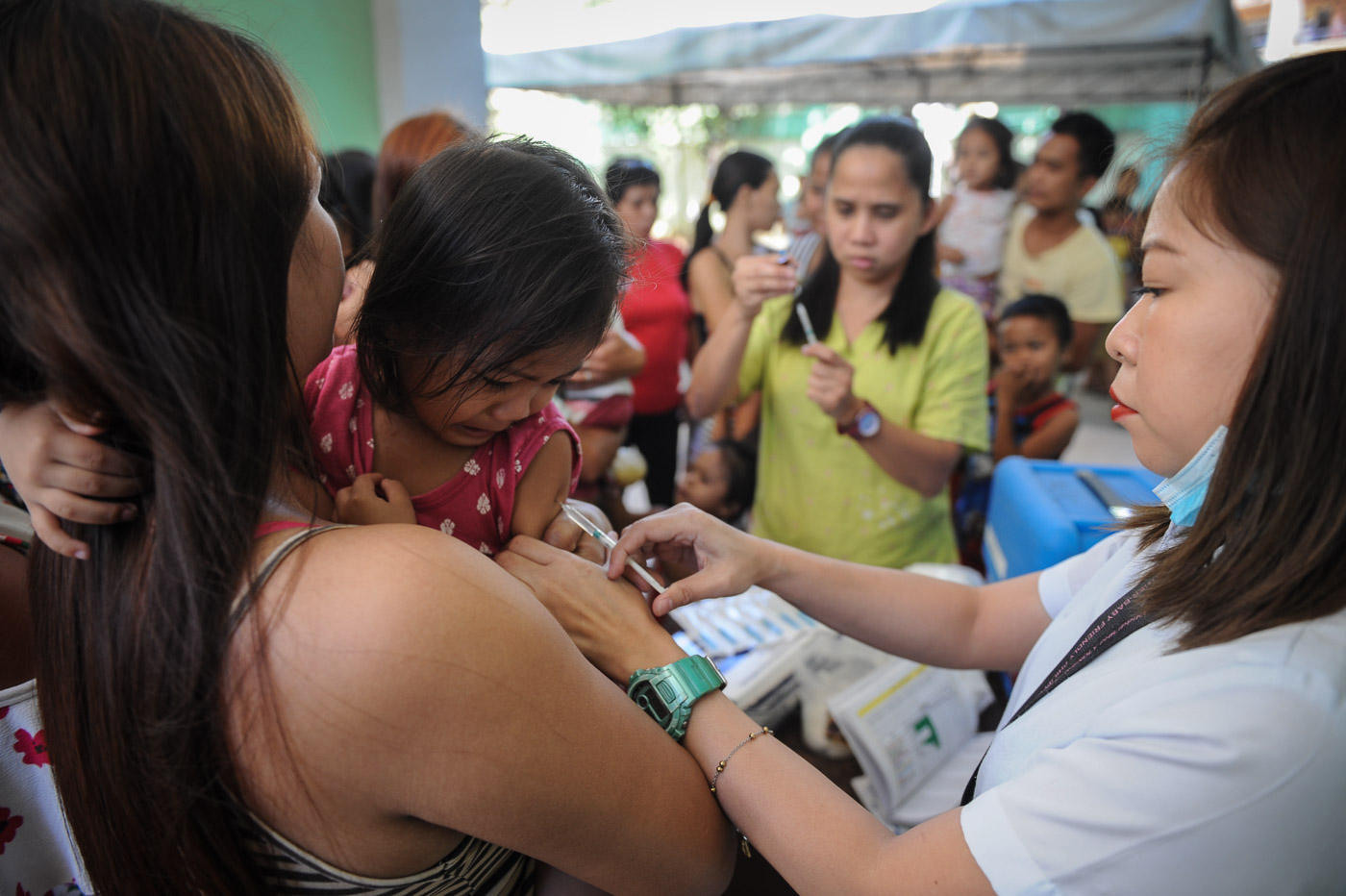 MANILA, Philippines – As the number of measles cases continues to rise across the country, the Department of Health (DOH) proposed a “no vaccination, no enrollment” policy in public schools.

“It was just  an idea worth studying and  objectively looking into its merits or the lack of it,” said Health Secretary Francisco Duque III in a text message to Rappler on Saturday, February 23, when asked about the proposal.

The Department of Education (DepEd) first bared the DOH proposal in a statement Friday night, February 22. (READ: Measles cases breach 8,000-mark over a week since outbreak)

“In view of the rising number of measles cases in the country, the Department of Education (DepEd) is studying the proposal of the Department of Health (DOH) to implement a ‘no vaccination, no enrollment’ policy in public schools,” the DepEd said.

The DepEd said, however, that it will review the proposal while considering the right of students to learn and access to quality basic education.

“As much as there is a growing need to reinvigorate the campaign for the importance of vaccination, Education Secretary Leonor Magtolis Briones emphasizes that the proposed policy must take into consideration the human rights of learners, especially their access to quality basic education,” DepEd said.

DepEd said it was also looking into ways to boost parents’ confidence in vaccination. The measles outbreak in parts of the country had been attributed to the vaccine scare created by the Dengvaxia controversy.

Over 830,000 children were vaccinated through the school-based dengue immunization program. Panic ensued after Dengvaxia manufacturer Sanofi Pasteur admitted in late 2017 that Dengvaxia is not guaranteed to prevent dengue among those without prior infection, and the latter may even develop more severe symptoms once infected. (READ: Dengvaxia controversy: Immunization drops, measles outbreaks soar)

In the meantime, DepEd said it was working closely with the DOH to combat the highly contagious disease. Earlier, the two agencies set up a joint task force focused on measles control in school.

It enumerated its measures to reverse the rising trend of measles cases:

The DepEd was also reviewing ways to strengthen Executive Order No. 663 issued in 2007, and EO 82 issued in 2012. The two orders focused on ensuring basic immunization for children and addressing events considered a “national crisis.”

The government is conducting a mass immunization campaign which will run until March. (READ: Why are measles cases still rising? Duque explains)

The DOH is targeting to vaccinate about 12 million people. Of this number, 7 million  are children from kindergarten to Grade 7. (READ: Love trumps fear: Payatas parents get babies vaccinated) – Rappler.com