U.S. Secretary of State to visit Philippines amid China flirtation

Feb 23, 2019 9:07 AM PHT
Agence France-Presse
Facebook Twitter Copy URL
Copied
US Secretary of State Mike Pompeo will be visiting the country on his way back home from Vietnam 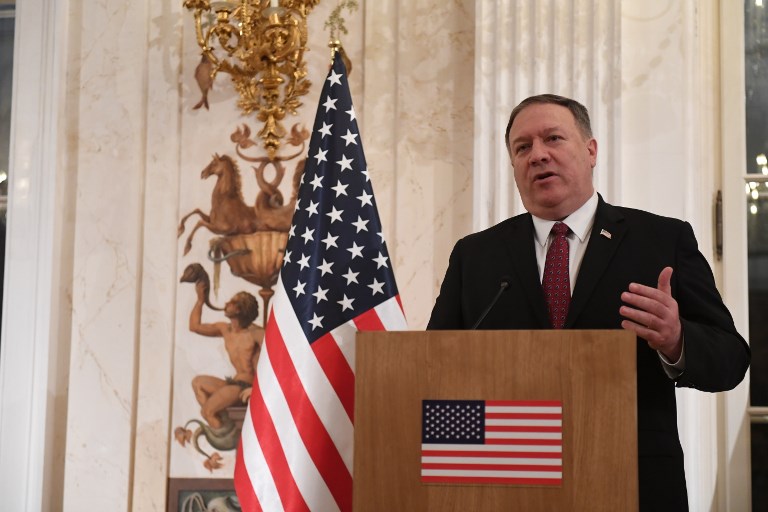 WASHINGTON, USA – US Secretary of State Mike Pompeo will travel next week to the Philippines, the State Department said Friday, February 22, as the former US colony increasingly flirts with regional giant China.

The top US diplomat will be paying the visit on his way back from Hanoi where he is joining President Donald Trump for his closely watched second summit with North Korean leader Kim Jong Un.

After winning the presidency in 2016, the brash Philippine leader threatened to split with the United States and patch up with China by ending a long-running sea dispute. (READ: Arroyo: Philippines can be ‘friends’ with both China, U.S.)

Duterte has bristled at all criticism over his sweeping crackdown on drugs and crime, which has killed thousands of people since mid-2016 despite criticism of lack of due process.

But Trump has hailed Duterte’s actions as a sign of toughness – a marked contrast with previous US president Barack Obama, who Duterte branded the “son of a whore.”

The Trump administration has downplayed human rights except when pressing adversaries and has set an overall priority of reducing the global influence of China and Russia. – Rappler.com