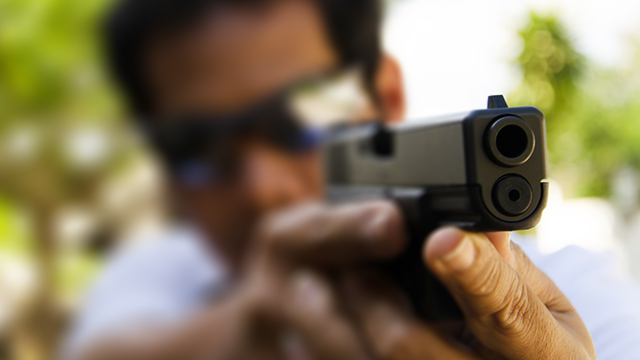 MANILA, Philippines – Two cops were injured in a shootout with Philippine Drug Enforcement Agency (PDEA) agents during a buy-bust operation in Pasig City on Friday, February 11.

Cruz had P2.9 million worth of shabu for the “transaction” that was set at 4:35 pm on Friday at a gas station along San Guillermo Avenue in Barangay Buting, Pasig.

During the buy-bust, Cruz’s two companions reportedly first pulled out their guns and opened fire, prompting the PDEA to retaliate. The two policemen sustained multiple gunshot wounds and were brought to the hospital, while Cruz was arrested.

PDEA agents only learned that the two companions of Cruz were police at the Rizal Medical Center, where cops were rushed for medical attention.

Vista is assigned at the District Special Operations Unit while Roldan is with the Pasig Police Community Precinct 9 (PCP 9).

PDEA said they received information that the two cops and Cruz were involved in selling illegal drugs in Barangay Buting.

Seized from Cruz was a plastic bag containing 430 grams of shabu, with an estimated value of P2.9 million.

In January, Pasig police said Roldan was relieved from the Pasig police Drug Enforcement Unit (DEU), and then moved to PCP 9.