Robredo: EDSA Revolution ‘not defined by any color or group’ 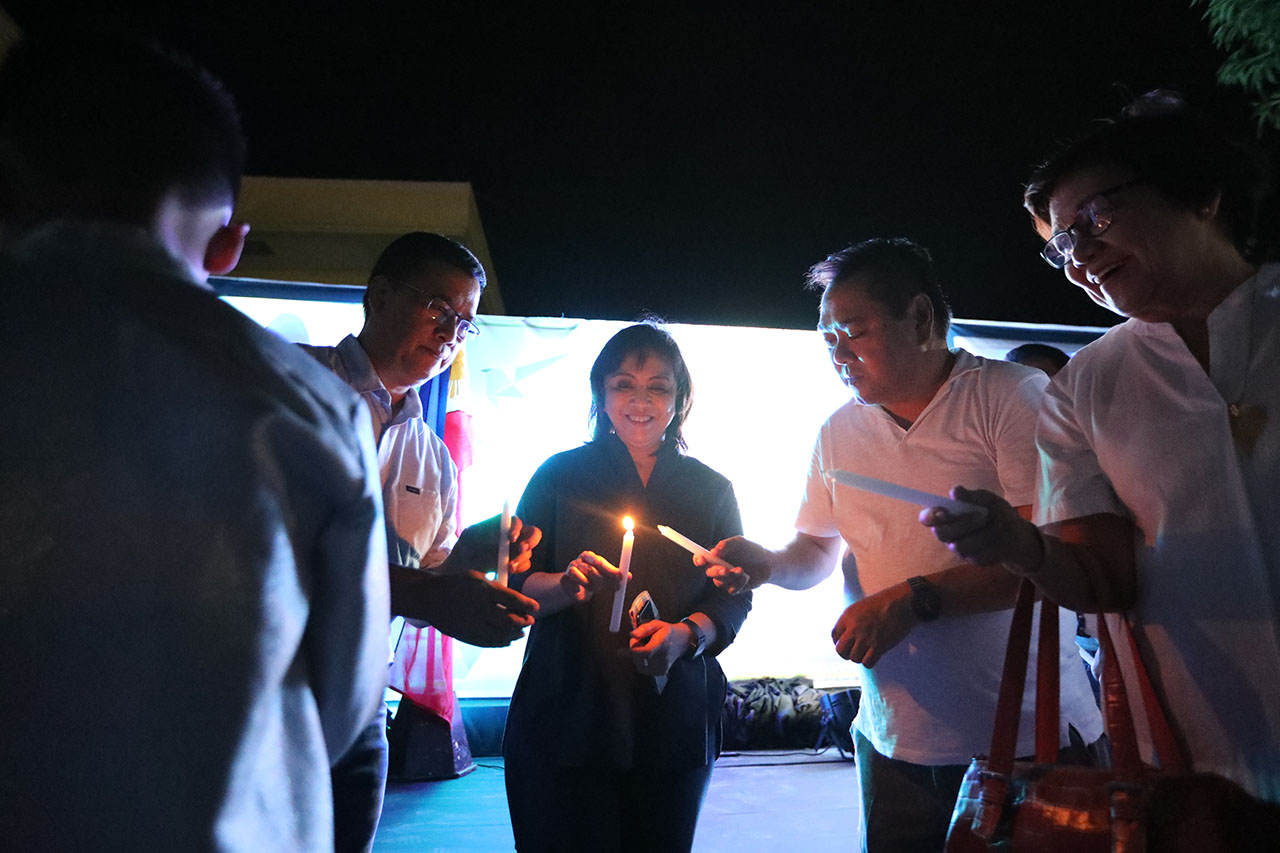 MANILA, Philippines – Vice President Leni Robredo called on Filipinos to disregard politics and to remember the 1986 EDSA Revolution as the victory of all those who joined forces to topple dictator Ferdinand Marcos.

(If we view the EDSA Revolution that way, it would be an insult to so many Filipinos who didn’t have any political affiliations in 1986…. This is really a commemoration of all Filipinos who made sacrifices.)

Robredo was speaking to reporters in her hometown of Naga City on Saturday, February 23, where she led rites to mark the 33rd anniversary of the EDSA Revolution.

The Vice President also said People Power in 1986 should remind everyone that “power truly resides in ordinary Filipinos uniting for the common good.”

(No matter how impossible the task is, the main lesson from EDSA is that if Filipinos unite, the impossible can certainly become possible.)

The EDSA Revolution was a series of protests from February 22 to 25, 1986. It ended Marcos’ 21-year rule, which was marred by killings, torture, corruption, and media oppression.

More than 3 decades after the EDSA Revolution, Marcos’ son and namesake Ferdinand “Bongbong” Marcos Jr is locked in an electoral protest with Robredo over the results of the 2016 vice presidential race.