Duterte claims he fulfilled all promises except easing EDSA traffic 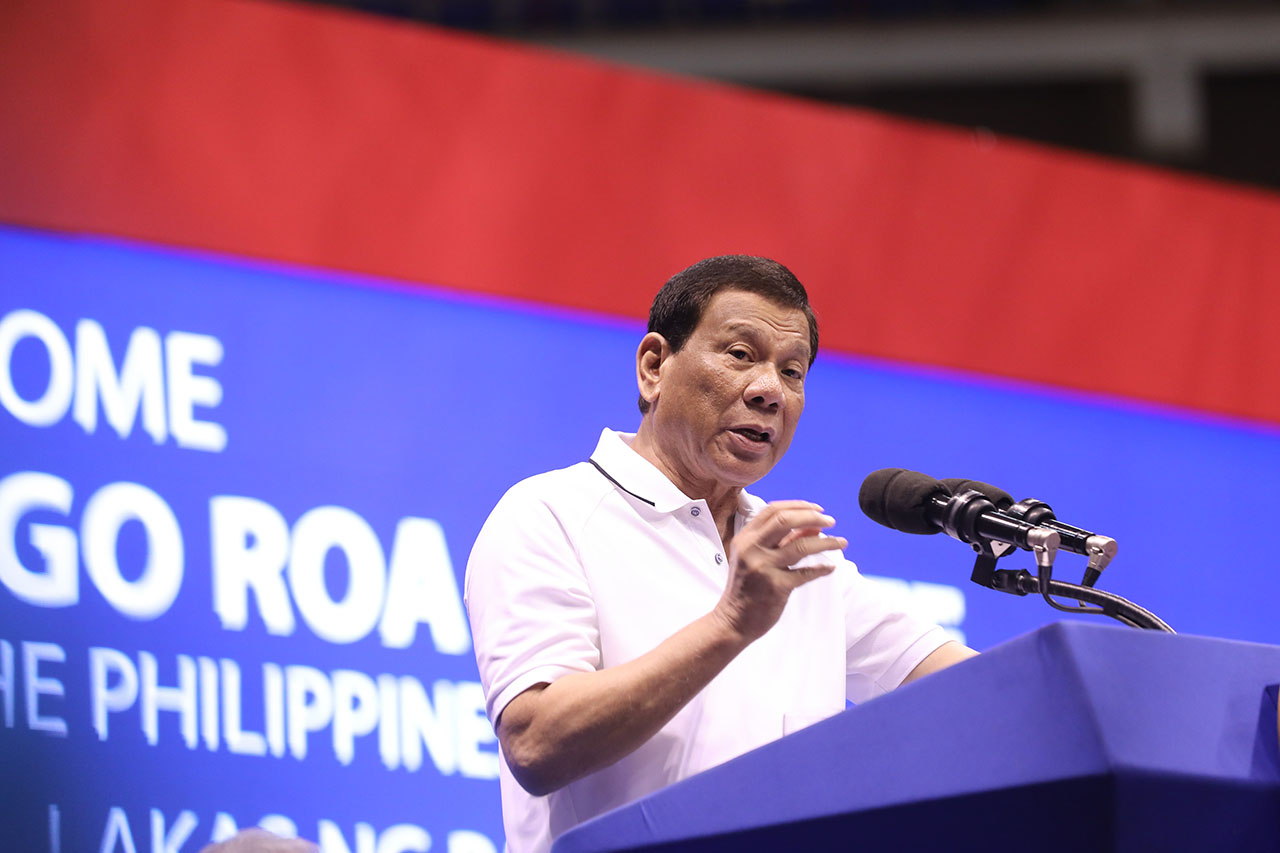 MANILA, Philippines – Nearly halfway into his term, President Rodrigo Duterte claimed he has fulfilled all of his campaign promises, except for one: easing traffic along EDSA.

(There is no promise I haven’t fulfilled except for the one about EDSA. I promised free tuition, the law is there. I promised free universal health care, I have signed the law. What else do you want?)

Duterte fulfilled his promise of providing free tertiary education in state colleges and universities when he gave the measure the green light in August 2017. He also signed into law the universal health care measure on Wednesday, February 20.

During his speech on Saturday, Duterte also said he continued the implementation of the 4Ps program under the social welfare department. Both the House of Representatives and the Senate passed versions of the measure institutionalizing the program.

But aside from these, the President has not fulfilled a number of his promises. Rappler listed Duterte’s broken and fulfilled promises in this 2018 special report.

His unfulfilled promises include his vow to assert, during his term, the historic ruling the Philippines won against China.

There were also promises that have not been wholly fulfilled, such as his “zero-tolerance” campaign against corruption. (LIST: No to corruption? Duterte’s controversial reappointees)

Duterte also decided to extend his controversial campaign against illegal drugs until the end of his term, depite first saying he would stamp out the problem illegal drugs in 3 to 6 months.

On the failure to ease EDSA traffic, the President blamed the lack of emergency powers requested from Congress at the beginning of his term. Shortly after winning the presidency in 2016, Duterte said he was considering requesting emergency powers to solve the traffic crisis in Mega Manila.

This, he said, was similar to powers given to former president Fidel V Ramos, who had emergency powers to address electricity and water shortages.

Describing the powers he eyed, Duterte said on Saturday this meant “money to repair or rehabilitate or do away with the present situation.” He also said the bidding process will stay in place.

According to Duterte, Congress did not pass the measure as this will be prone to corruption. The President said he decided to take the request “away from the table,” following his “zero tolerance” for corruption.

(What did I hear from Congress? They said no. They said, “This isn’t possible, it will be open to graft and corruption.” When I heard this, I said it’s off. Take it away from the table. From the very beginning… if you are interested in corruption, son of a bitch, I will leave it to you.)

The measure to grant emergency powers against traffic, though, was approved at the House of Representatives.

After being left pending for months in the plenary, the House passed its version of the measure in December 2018 under Speaker Gloria Macapagal Arroyo. The Senate has yet to pass a similar measure. – Rappler.com