Feb 25, 2019 12:05 AM PHT
Lian Buan
Facebook Twitter Copy URL
Copied
'Let us never forget the sacrifice of those who came before us so that we may always be motivated to preserve and protect the democratic way of life that we enjoy today,' says President Rodrigo Duterte 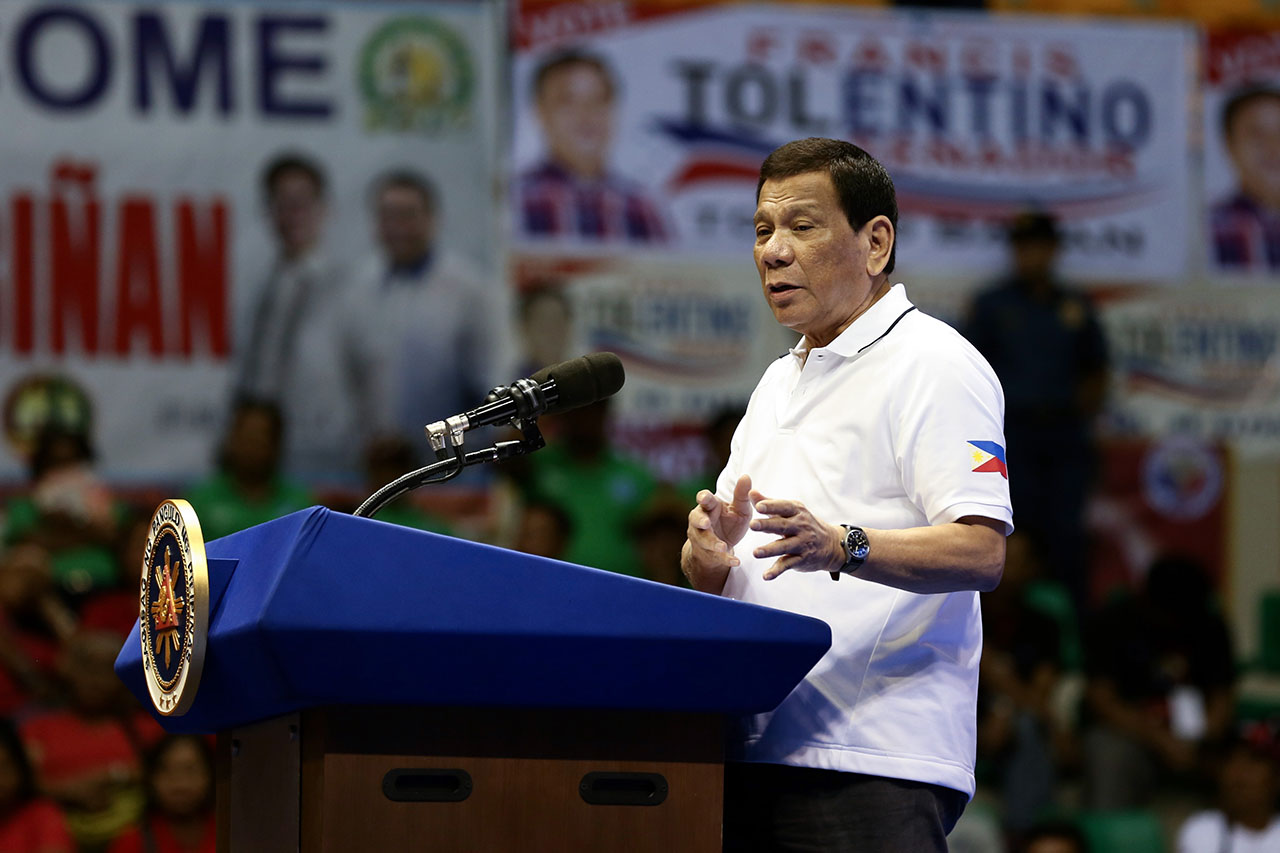 “I am hopeful that this occasion will inspire all of us, especially the younger generation, to deeply value the freedom and liberty that we won in EDSA,” Duterte said in his message to Filipinos for the 33rd anniversary of the EDSA Revolution on Monday, February 25.

The President acknowledged in his message the “sacrifice of those who came before us.”

“Let us never forget the sacrifice of those who came before us so that we may always be motivated to preserve and protect the democratic way of life that we enjoy today,” he said.

Malacañang earlier said Duterte will “most likely” skip the EDSA rites on Monday as he has in the years before. The President was delivering a speech late Sunday night, February 24, at the PDP-Laban campaign rally in Cebu.

Duterte also included in his message a call to voters.

“May we all have a profound sense of appreciation and understanding of what we lost and what we reclaimed,” he said.

Protesters in rallies over the weekend slammed the Duterte administration for policies they described as “tyrannical” and a return to the dark days of Martial Law. (READ: Powering through a crisis: Defending human rights under Duterte)

The EDSA Revolution is a globally-lauded bloodless movement that overthrew strongman Ferdinand Marcos and restored democracy to the Philippines.