7 killed in clash with Batangas police 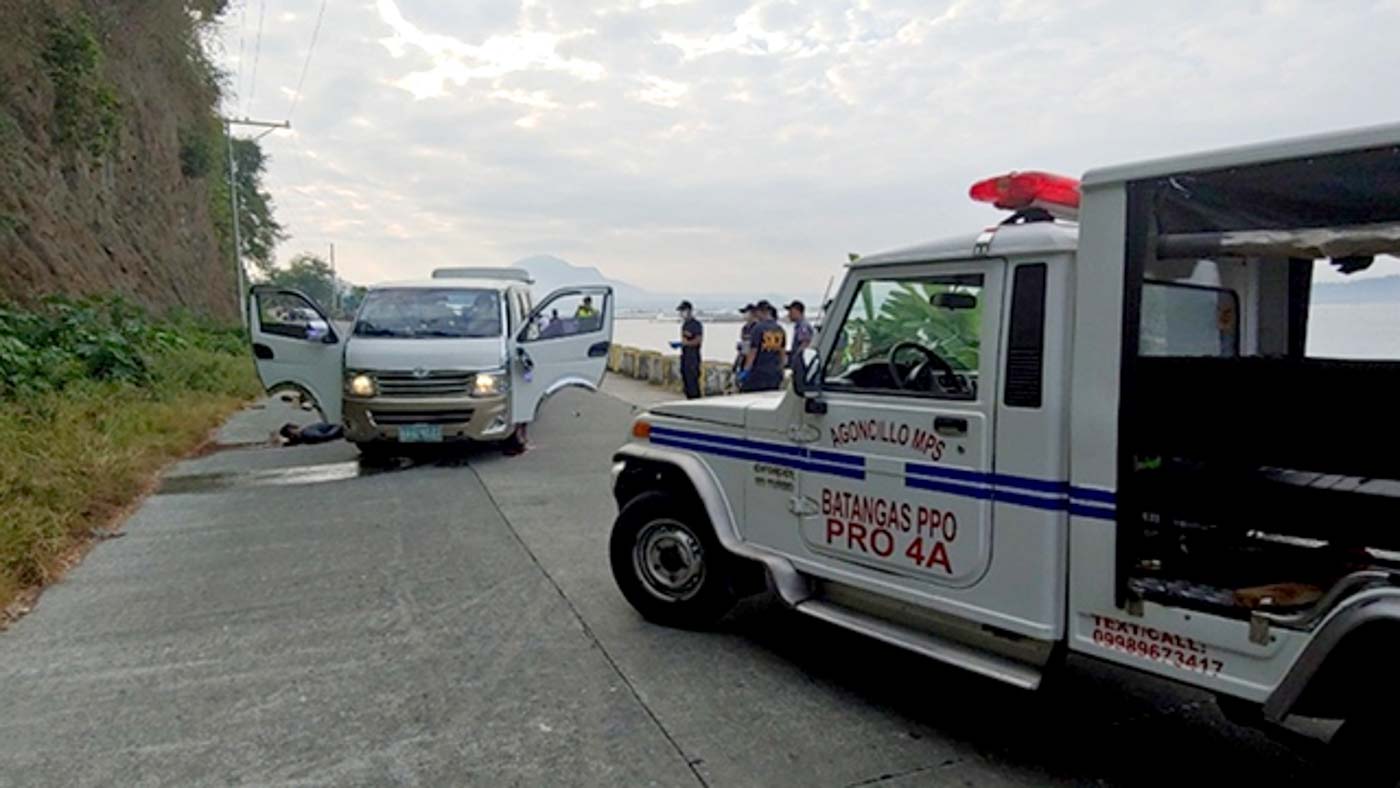 BATANGAS, Philippines – Seven suspected members of the Baklas Bubong robbery group were killed in an encounter with the police in Laurel town here past 4 am Monday, February 25.

According to Senior Superintendent Edwin Quilates, director of Batangas police, a Comelec checkpoint in Barangay Berinayan, Laurel, Batangas flagged down Monday a white Toyota Hi-Ace van with Plate No. TIH 344, but the driver went past the checkpoint.

Police at the neighboring Agoncillo police station were alerted and immediately established a lockdown in Barangay Banyaga to intercept the fleeing suspects.

The van was flagged down anew at the Banyaga checkpoint. The suspects again ignored the police and even fired their guns at the checkpoint.

Police chased the van, which was cornered by another patrol team stationed a few meters from the Banyaga checkpoint.

Quilates said the suspects shot at the responding law enforcers, prompting the police to return fire.

All 7 suspects were killed in the gunfight. Police said they were still finding out the identities of the suspects. – Rappler.com