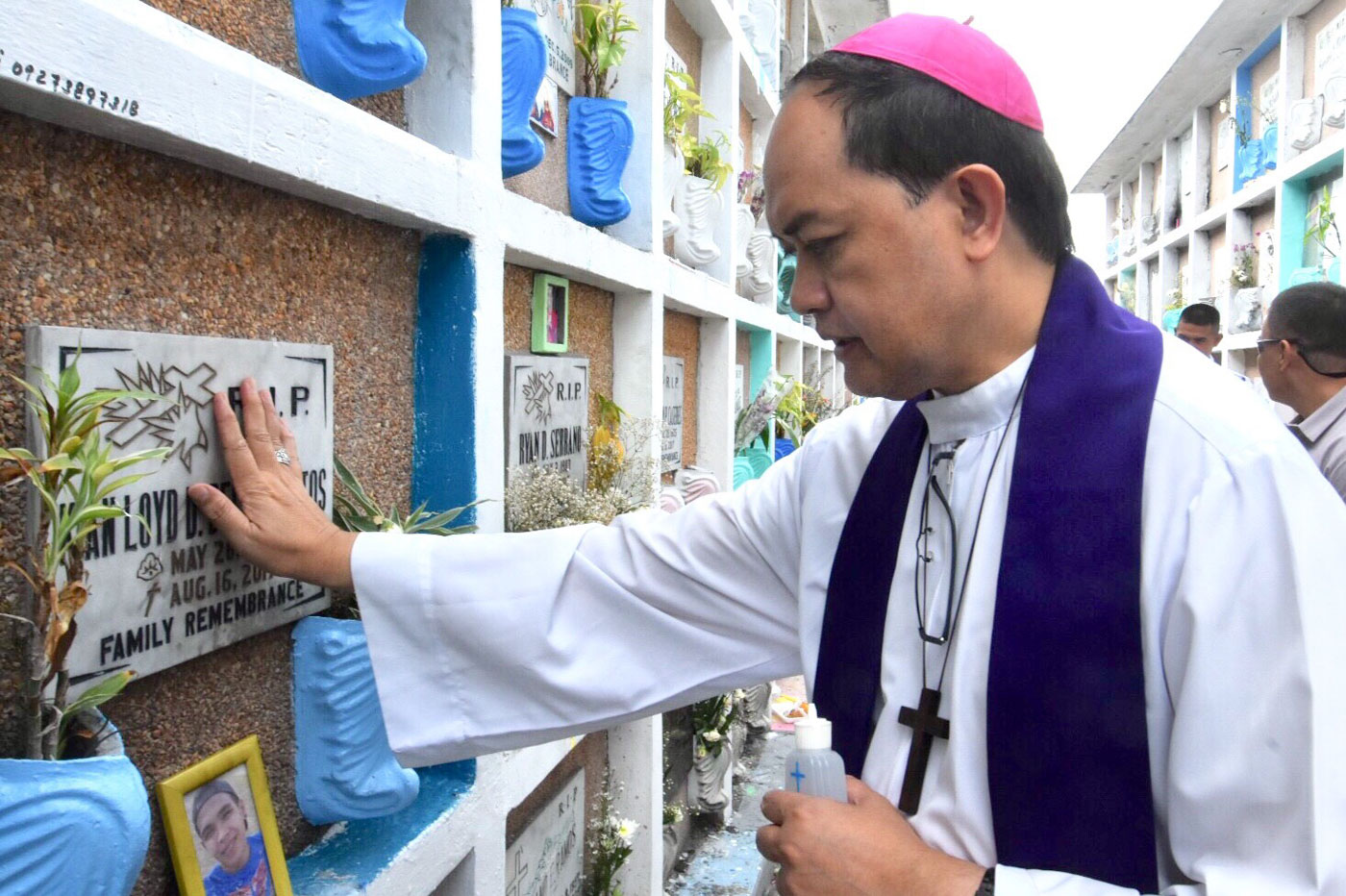 MANILA, Philippines – Caloocan Bishop Pablo Virgilio David, a Catholic leader critical of President Rodrigo Duterte’s anti-drug campaign, has received death threats and has been advised not to return to his Caloocan City residence for now.

The bishop was supposed to receive the Ka Pepe Diokno Human Rights Award at De La Salle University in Manila on Tuesday morning, February 26, along with Rappler CEO Maria Ressa. David’s brother, sociologist Randy David, ended up receiving the recognition on his behalf.

Randy David recalled that he received a message from the bishop at midnight on Tuesday. The bishop, who knew his phone is “hacked,” sent his brother an email asking him to represent him in receiving the Ka Pepe Diokno Human Rights Award.

The sociologist said he did not know why, but said “it’d be an honor” for him to receive the award on behalf of his brother.

Randy David also read a message from the bishop: “Even as I had given my word to the organizers that I was going to come, I hope you will forgive me for not being able to join you today. For over a week now, my phone has been buzzing with text messages written in screaming and intimidating capital letters telling me that I was next in line for execution.”

“Well-meaning friends who worry for my personal safety had advised me not to take these threats to my person lightly. So I’m begging off from today’s event. What was paramount is that I did not want to unnecessarily endanger the lives of those who would accompany me to this venue,” he said.

David added that “in the past 48 hours,” high-ranking officials of the Philippine National Police (PNP) “have been trying to reach me to inquire about these threats, to verify them, and to offer me protection.” He noted that a detachment of uniformed policemen were stationed outside the San Roque Cathedral just the other day.

“But I honestly don’t know what to make of all of this. The local police chief of Caloocan City informed me that he had been ‘tasked to seek an audience’ with me to discuss how [they] could be ‘of help in the provision of my security.’ He said his ‘superiors wish to extend services in providing me with security.’ I found this ironic and I let him know how I felt,” David said.

“‘Sir,’ I said, ‘as far as I know, your ultimate superior is the President himself. I recall he was the first to pose a grave threat against my life in early December last year.’ As we approached the Christmas season, he had told an audience, ‘Bishop David of Caloocan, I know you roam around at night. You must be into drugs. If I catch you with even just one gram of shabu, I will chop off your head,'” David recalled.

“After that remark, I was advised to stop praying the rosary every night while walking around the San Roque Cathedral grounds because the President had insinuated that such a behavior, which I suppose his surveillance people had reported to him, could mean that I must be into drugs. Nobody from the PNP then offered to help my security after that public threat.”

The President himself knows about the threats against David.

Duterte said in a speech on Monday, February 25, that Manila Archbishop Luis Antonio Cardinal Tagle recently relayed a message to him about the death threats against priests, including David.

Duterte read the message that Tagle, who was in Rome for the Vatican sex abuse summit, supposedly sent former presidential aide Bong Go.

“Good day po. Greetings from Rome. I was informed that Bishop David…some priests got death threats from someone claiming to be working for the President’s family…. Just to let you know, baka may naninira (someone might be trying to destroy your reputation). Thanks. We pray,” Tagle reportedly said.

Rappler is still trying to verify with Tagle’s office if indeed he sent this message to Duterte.

Duterte had said on December 5, 2018, that bishops should be “killed” for supposedly doing nothing but criticize his administration. His statements then alarmed critics, as these can embolden his supporters or other enemies of the Catholic Church to murder clergymen.

But Duterte backtracked on Monday, and said he made his December 2018 tirade only in response to a priest who reportedly prayed for his death.

“Pero huwag ninyong patayin talaga ‘yung mga obispo pati pari (But do not kill the bishops and priests). It is not allowed,” the President said.

Duterte said he himself will be the enemy of those who kill bishops and priests.

(If you do that to them, I myself will be your enemy, and I myself will hit you, because you are doing that to destroy my name. What will I get if I kill the priests?)

The Catholic Church is one of the staunchest critics of Duterte’s anti-drug campaign, which has killed thousands since he took office in 2016.

Duterte is accused of cracking down on political opponents and critics, such as senators Leila de Lima and Antonio Trillanes IV, and deported Australian nun Sister Patricia Fox.

Not fearing for his life

Duterte has also singled out David in his speeches, saying he suspects the bishop is into drugs – a claim denied by the bishop.

David, as bishop of Caloocan, has shepherded his diocese in the face of drug-related killings, including the high-profile case of 17-year-old Kian Loyd delos Santos in August 2017.

Rappler asked David in September 2017 if he is ever concerned about his personal safety, given his outspokenness against the drug war killings. (READ: Caloocan Bishop Pablo David: Shepherd of his slaughtered sheep)

“When these things come, the Lord will probably say, ‘I beg your pardon. I didn’t promise you a rose garden.'” – with reports from Mara Cepeda/Rappler.com