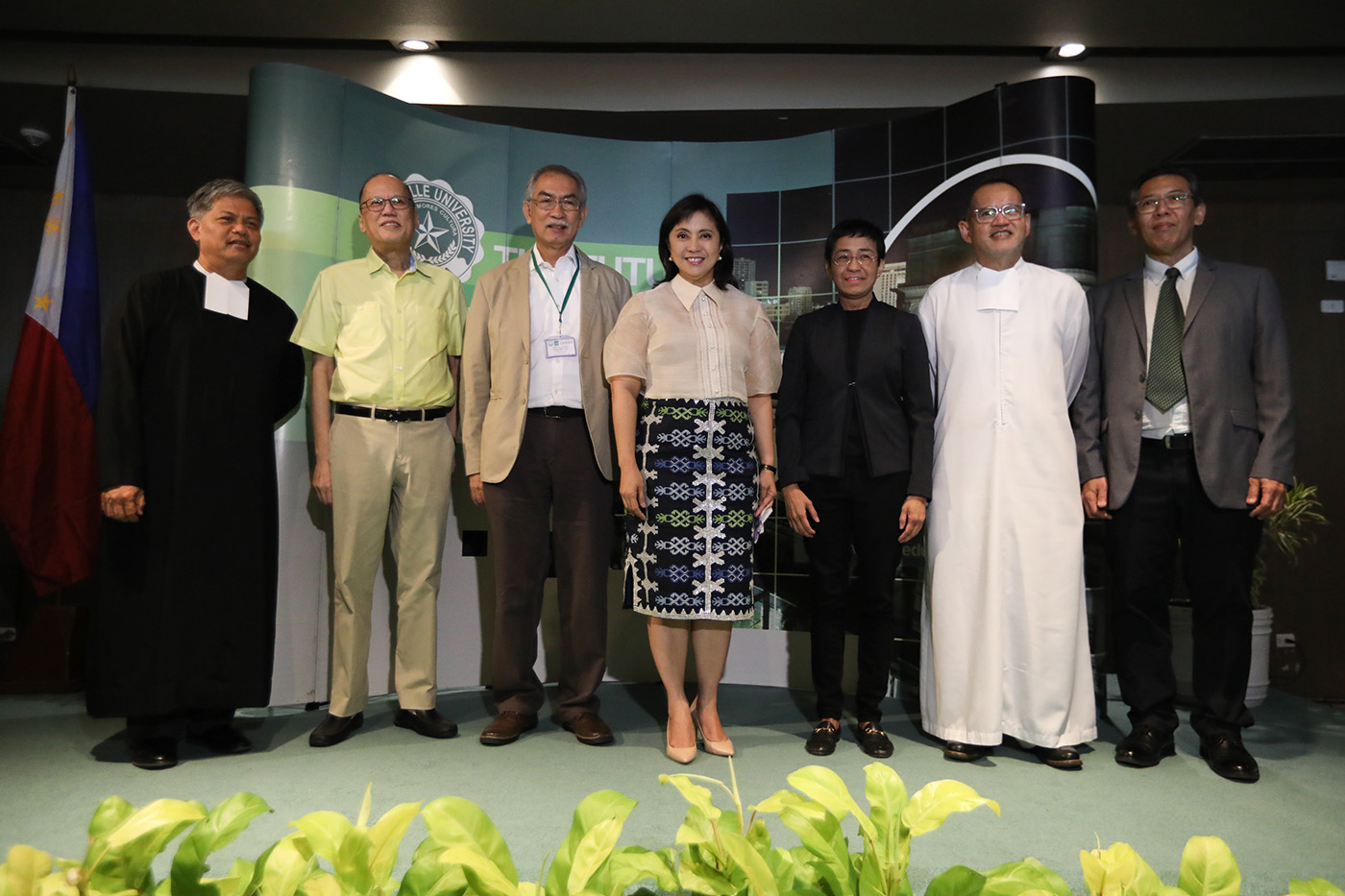 “Just as we celebrate Ka Pepe Diokno today, we celebrate both of you, and your work, for giving us much reason to believe that our fight for human rights is not a lost cause,” Robredo told Ressa and David, who was represented at the ceremony by his brother, University of the Philippines sociology professor Randy David.

“Your stories are important lessons that we should not meekly accept what is forced upon us – harmful policies, outrageous lies, baseless threats – sitting down. That we can demand for better solutions and for a more accountable government. We deserve better than to be patronized: We – who toil every day, pay our taxes, and serve our country in our own ways – will not settle for less,” she added.

Since President Rodrigo Duterte had falsely accused Rappler of being owned by Americans in July 2017, Ressa, Rappler Holdings Corporation, as well as Rappler Inc, members of its board of directors, and one of its reporters faced a total of 10 cases in court.

About two weeks ago, Ressa herself was arrested and detained overnight by the National Bureau of Investigation due to a cyber libel case filed by the Department of Justice that stemmed from an investigative report published by Rappler in May 2012. She posted bail worth P100,000.

David was not able to attend the awarding ceremony on Tuesday after receiving multiple death threats in the past week.

The Kapampangan bishop is one of the most vocal critics of President Rodrigo Duterte’s bloody drug war. He is the vice president of the Catholic Bishops’ Conference of the Philippines and is also an internationally-educated Bible scholar. (READ: Caloocan Bishop Pablo David: Shepherd of his slaughtered sheep)

In her speech, Robredo praised David for his compassion and courage to protect the rights of his flock.

“Our nation is primed to believe that to be ruthless is to be strong. But Bishop Ambo David has shown us that compassion is one of the greatest strengths we can possess and that empathy embodied by the whole community is what can bring about truth and sustainable change,” she said.

The Vice President praised Ressa for her “revolutionary” resilience.

“This is an era when we seem to be constantly brow-beaten until we get tired of resisting. But Maria Ressa’s resilience has become revolutionary. She has left others dumbfounded by holding her head high and smiling in the face of intimidation. And she has inspired the rest of us to hold the line with the power of her soft voice and her razor-sharp eloquence,” said Robredo.

The awards were named after the late senator Jose “Pepe” Diokno, the father of human rights advocacy in the Philippines. His son Chel Diokno is the founding dean of the DLSU College of Law, chairman of the Free Legal Assistance Group, and is running for senator.