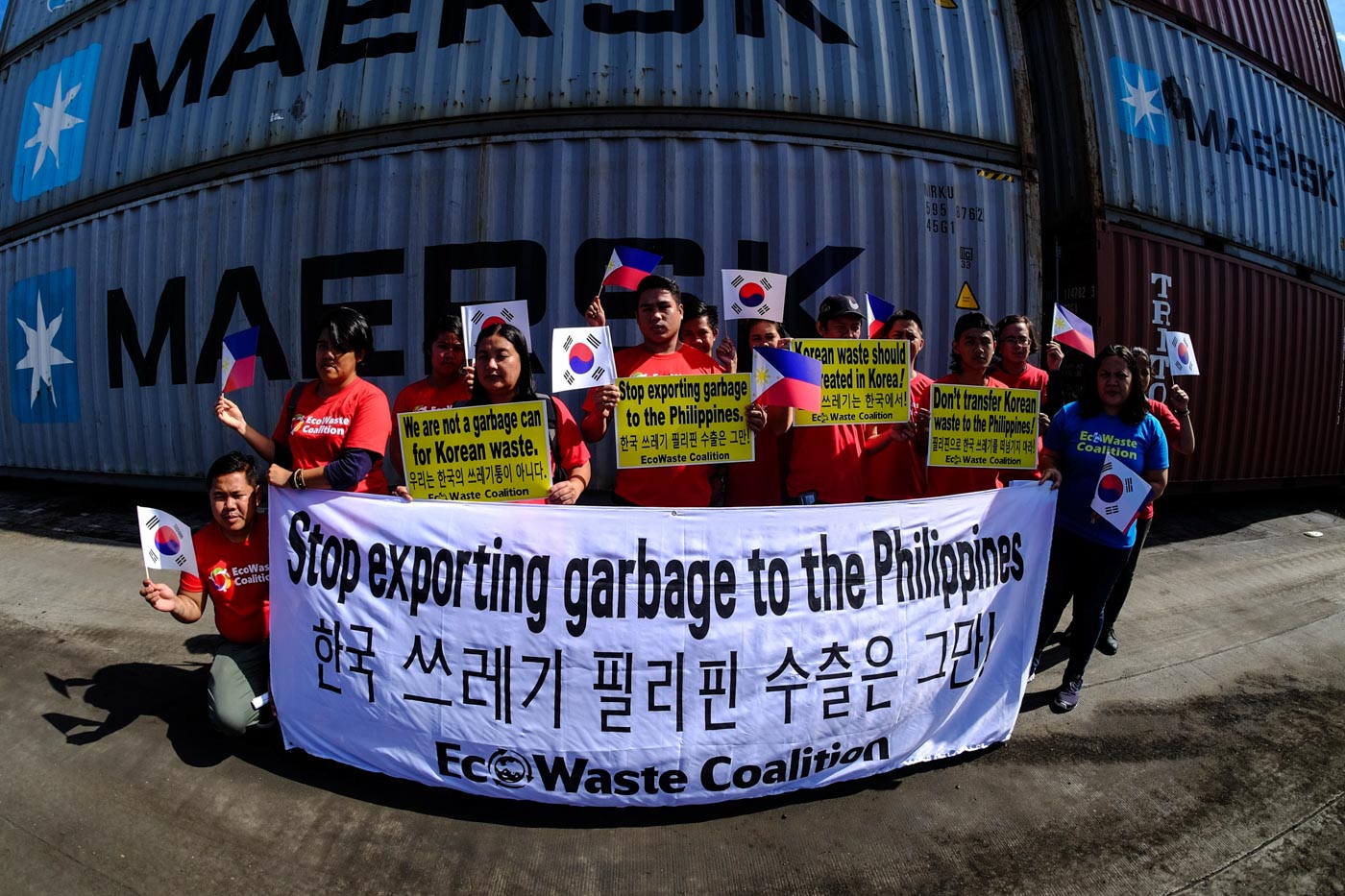 This comes after a joint committee hearing on Tuesday, February 26, which revealed that Verde Soko did not have the necessary permits to even bring in the shipments which were misdeclared as “plastic synthetic flakes” July last year.

Port of Cagayan de Oro district collector Floro Calixihan Jr during the hearing explained that they have not released the cargo, “but merely transferred [it] to consignees’ plant site inside the special economic zone area.”

Aside from this, Misamis Oriental 2nd District Representative Juliette Uy said that aside from not having a proper import clearance, Verde Soko’s facility also proved to be in poor condition after a prior investigation at its site.

“Considering the bulk, the facility, it might cause damage and it would create port congestion that’s why it was approved for [transfer to Verde Soko’s site],” Calixihan said.

“It can only be released upon payment of duties and taxes. Right now, still in the special economic zone but it is guarded by the Customs police and Customs intelligence,” he added.

Because of this, Mindanao International Container Terminal Port collector John Simon told Rappler that they will be going after Verde Soko.

Meanwhile, Phividec administrator and chief executive officer Franklin Quijano during the hearing said that they have already issued a show cause order.

“So we aked them to show cause why their business should not be closed because they don’t have any permit,” he added.

“Subsequently we confonted them…so they wrote us a letter, stating that they were willing to bring out from this country, if found that the garbage is toxic and hazardous.”

The Department of Environment and Natural Resources reiterated during the hearing that it has not issued any permit to Verde Soko, the consignee and company meant to process the misdeclared cargo.

This South Korean government earlier said that it will shoulder the costs of bringing back its garbage. The first batch of the shipment was expected to return to South Korea’s ports by January 9.

Ecowaste Coalition national coordinator Aileen Lucero told Rappler that Verde Soko, which did not have any representative present during the congressional hearing, had already filed for bankruptcy.

“It’s so that they can tell the Bureau of Customs that they don’t have any money,” she added.

Verde Soko’s counterpart, Green Soko, has also gone missing and is being hunted down by the South Korean government.

“[South Korea’s] Ministry of Environment conducted their own investigation and they did say last December 28 during the interagency meeting at Cagayan, that they cannot locate the Green Soko,” Lucero said.

Lucero also said that the case is now currently being handled by the Interpol.

On the third week of March, representatives of the Ministry of Environment will be visiting the Philippines again to handle the return of the remaining garbage left.

If the ministry manages to find Green Soko, they will be able to charge the firm, Lucero said.

While 2,500 tons have already left the country, some 5,176.91 tons of garbage have yet to be shipped out from Phividec’s property.

An advocacy group had already called for the trash to be shipped back last November.

In the meantime, Lucero said that Phividec and Verde Soko should start rebagging the remaining garbage.

A second hearing will be held in March. – Rappler.com