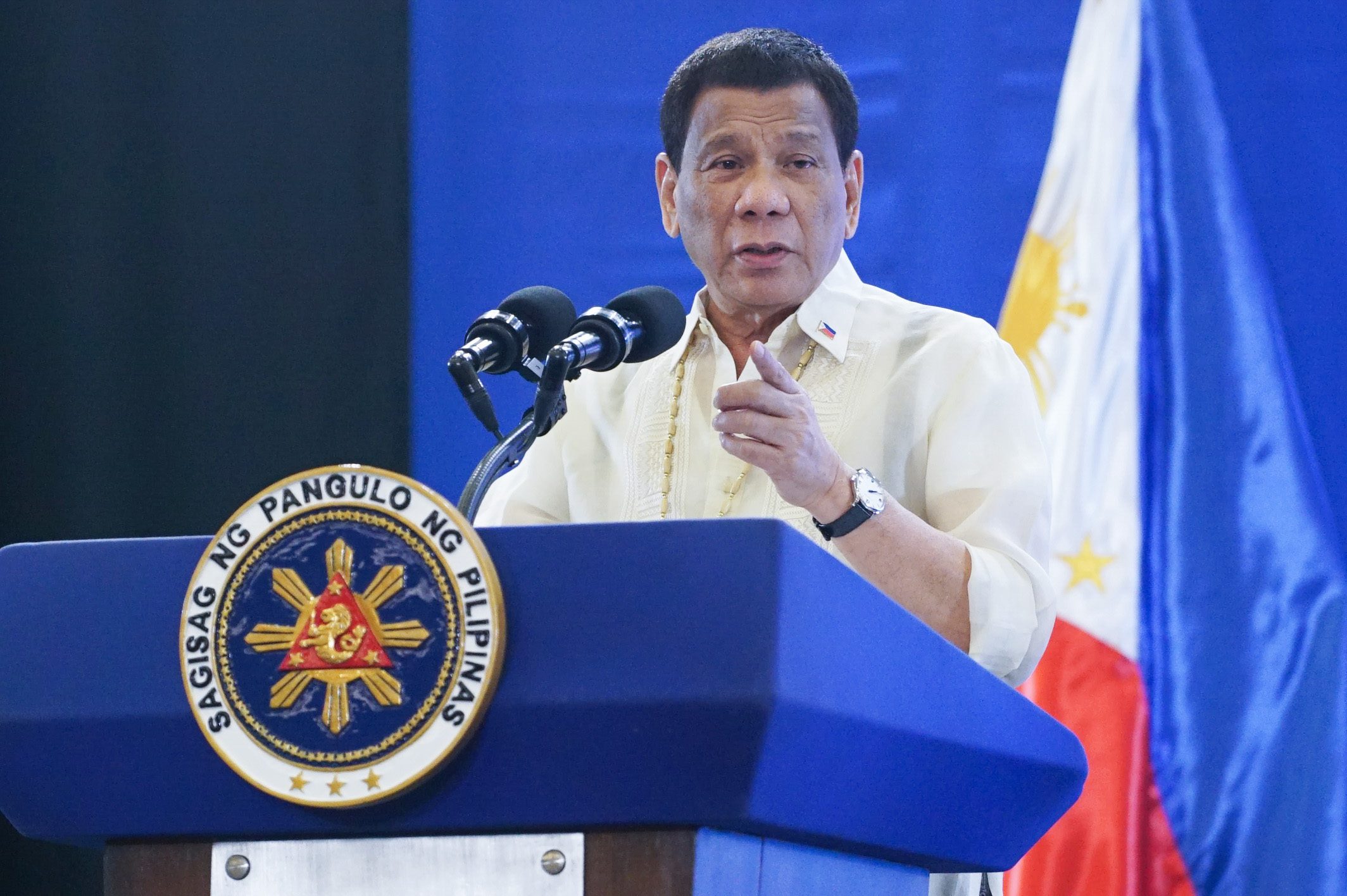 Facebook Twitter Copy URL
Copied
(UPDATED) In his veto message, President Duterte says corporal punishment can be administered in a way 'that the children remember it not as an act of hate or abuse, but a loving act of discipline that desires only to uphold their welfare'

MANILA, Philippines (UPDATED) – President Rodrigo Duterte has vetoed a bill that banned parents from subjecting their children to physical punishment and verbal abuse.

“Regrettably, this bill places such responsible disciplining of children in the same category as humiliating and degrading forms of punishment, and condemns them all in one broad stroke,” the President said in his February 23 veto message to Congress on enrolled bill “An Act Promoting Positive and Nonviolent Discipline, Protecting Children from Physical, Humiliating, or Degrading Acts as a Form of Punishment.”

“Making no distinctions, this bill would allow government to extend its reach into the privacy of the family, authorizing measures aimed at suppressing corporal punishment regardless of how carefully it is practiced. In so doing, the bill transgresses the proper boundaries of State intervention in the life of the family, the sanctity and autonomy of which is recognized by the Constitution,” he added.

Malacañang only released a copy of the veto message Thursday afternoon, February 28, after Executive Secretary Salvador Medialdea confirmed that the President vetoed the bill in a lunch with reporters.

Former presidential aide Bong Go had preempted Malacañang’s official announcement. He sent out a press release on Thursday morning explaining the presidential veto even without any official Palace statement on the decision.

Medialdea said Duterte vetoed the bill in order to affirm the “parental authority” to discipline their children in ways they deem proper.

“However, the President said he will resist this trend in favor of a more balanced and nuanced approach, which is both protective of the child but recognizing the right of parents who believe in the merits of corporal punishment properly administered,” said Go.

In his veto message, the President said while he shared the belief of the proponents of the bill “that every child should be protected from humiliating forms of punishment” he was “gravely concerned that the bill goes much further than this is it would proscribe all forms of corporal punishment, humiliating or not, including those done within the confines of the family home.”

“I do not share such an overly sweeping condemnation of the practice,” he said.

“On the contrary, I am of the firm conviction that responsible parents can and have administered corporal punishment in a self-restrained manner, such that the children remember it not as an act of hate or abuse, but a loving act of discipline that desires only to uphold their welfare,” he added.

Duterte said such type of corporal punishment “has given rise to beneficial results for society, with countless children having been raised up to become law-abiding citizens with health respect for authority structures in the wider community.”

He said he did not share the view in Western nations that all forms of corporal punishment are “outdated” and that it would be would be “a great disservice to the succeeding generations” to follow the path taken by these countries.

“I strongly believe that we should resist this trend in favor of a more balanced and nuanced approach, one that is both protective of the child as well as cognizant of the prerogatives of devoted parents who believe in the merits of corporal punishment, rightly administered,” the President said.

The enrolled bill is the consolidated version of Senate Bill No. 1477 and House Bill No. 8239.

It seeks to protect minors from all forms of physical and mental violence by prohibiting beating, kicking, slapping, lashing on any part of a child’s body, with or without the use of an instrument.

The bill also prohibits non-physical forms of punishment, like verbal abuse or assaults, including intimidation or threat, swearing or cursing, ridiculing or denigrating a child or making him look foolish in front of his peers or the public.

Among the findings of a 2005 Save the Children study is that 85% of children admitted they were punished at home, while 82% said they were hit on different parts of the body. – Rappler.com