Makati to inspect all buildings after accident in PBCom Tower 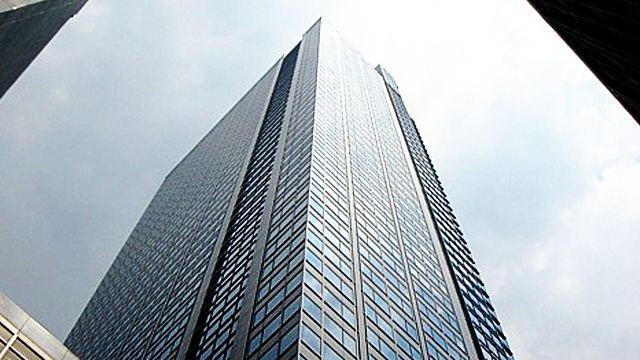 MANILA, Philippines – An elevator accident at the PBCom Tower, among the tallest structures in the country, prompted the Makati City government to order an inspection of all buildings in the central business district Friday, March 1.

Sixteen people got hurt when the elevator braking system at the PBCom Tower malfunctioned Friday morning.

The Philippine Red Cross (PRC), among the responders to the accident, said those hurt only sustained minor injuries.

The Makati Command Control and Communication Center (C3), said it received a telephone call from JC Roldan, a Building Management System (BMS) operator at PBCom, about the faulty emergency brake of the elevator.

Roldan called at 10:54 p.m. informing C3 of the incident and requested assistance for 17 elevator passengers who suffered from dizziness and sustained minor injuries.

A report from the Manila Bulletin quoted the Makati police chief Senior Superintendent Rogelio Simon as saying the elevator was overloaded with 28 passengers while it was descending PBCom Tower.

Simon said it was a “service elevator” and it did not have an operator although one was required to run it. He said the passengers may have repeatedly pressed the buttons, causing the malfunction.

From the 47th floor, Simon said, the elevator accelerated and stopped at each floor. But passengers could not get off because the door closed quickly at each floor.

As a result of the accident, Makati Mayor Abby Binay ordered the Office of the Building Official (OBO) to inspect all elevators in the city for compliance with the safety requirements in the National Building Code of the Philippines.

“I would like to reiterate to building owners and administrators that it is their responsibility to ensure that all elevators in their building are well-maintained,” Binay said.

The first responders to the incident were ambulances from Makati Search and Rescue Team and its clusters, Poblacion Rescue, Bangkal Rescue, San Isidro Rescue, Valenzuela Rescue and San Lorenzo Rescue, and the Philippine Red Cross.

As per C3, some of the victims are Filipino and Chinese employees of a technology company while the others were call center employees. They were brought to the Makati Medical Center (MMC) and Ospital ng Makati (OsMak) mostly because of pains in the lower back and knees. – Rappler.com