4 out of 5 Filipinos worry over extrajudicial killings – SWS

Mar 2, 2019 10:37 AM PHT
Rappler.com
Facebook Twitter Copy URL
Copied
The SWS survey says 78% Filipinos are worried that they, or someone they know, will be a victim of extrajudicial killings 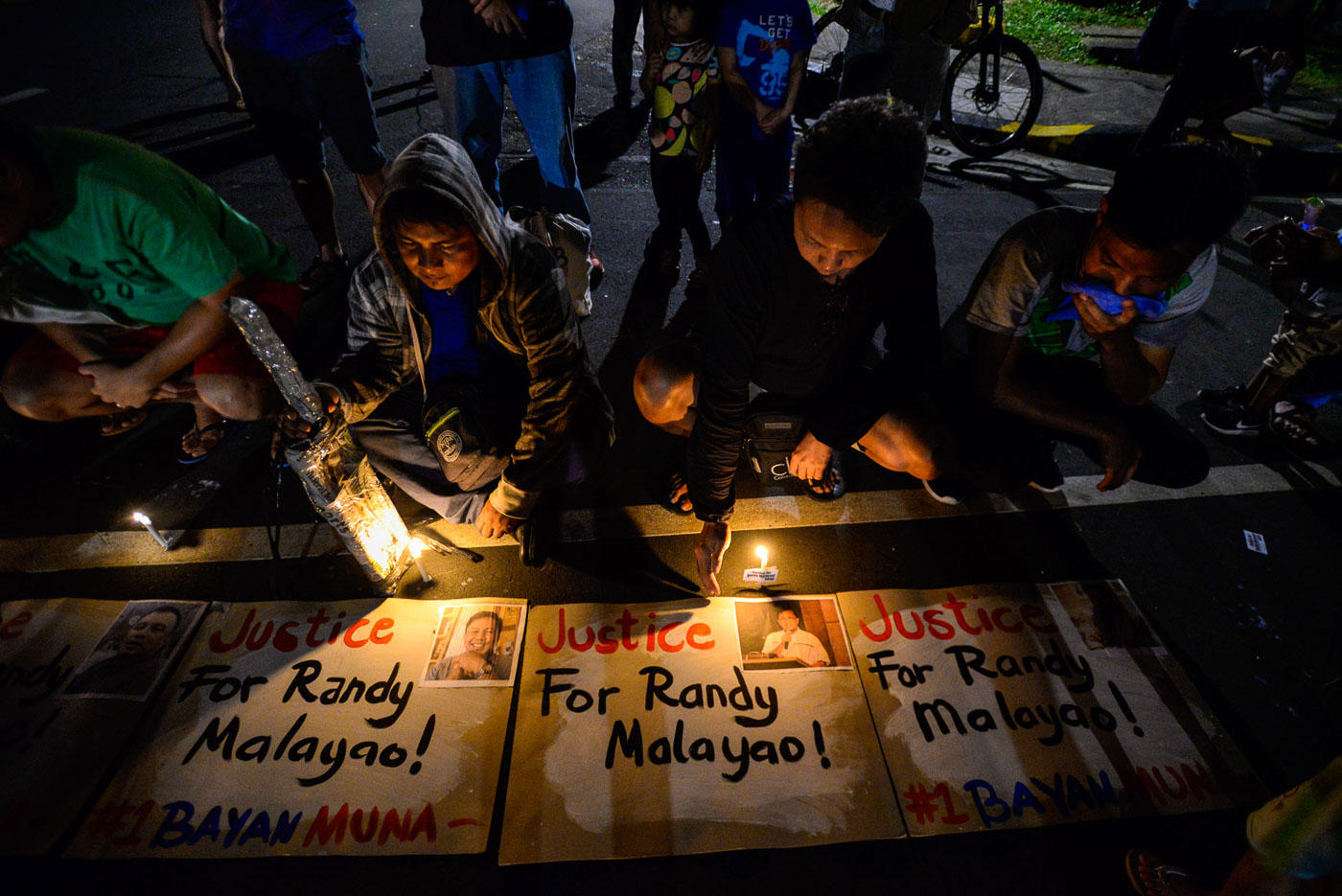 MANILA, Philippines – A Social Weather Stations’ (SWS) survey result released on Friday, March 1, said 78% or almost 4 out of 5 Filipinos are worried that they, or someone they know, will be a victim of extrajudicial killings (EJK). 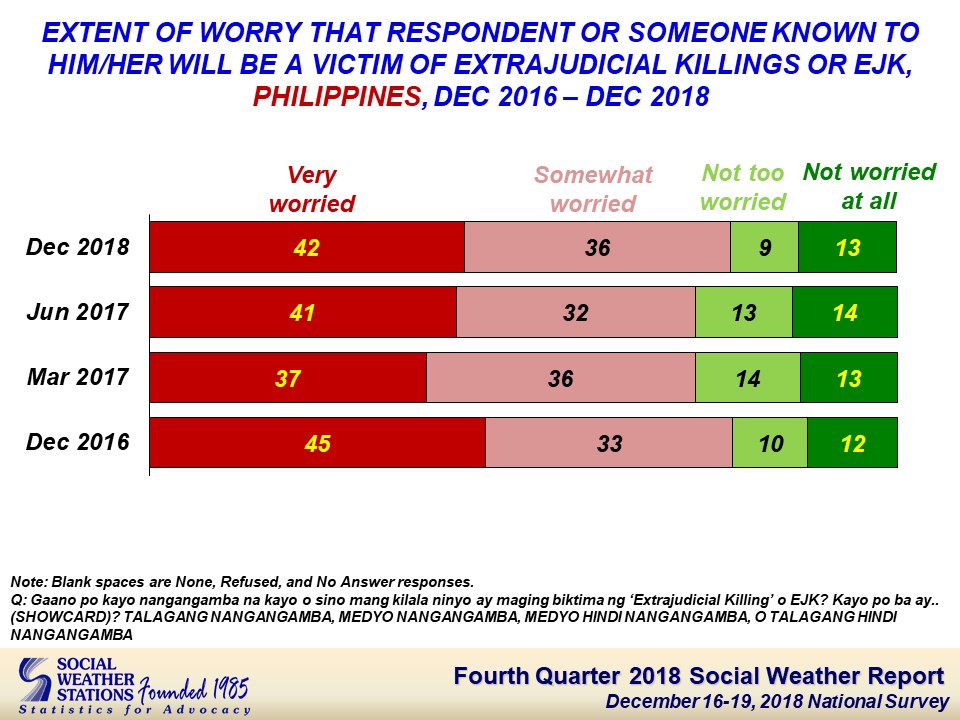 Despite the worry, though, more people in the December 2018 survey said the government was serious about solving the EJK problem at 71% or 7 out of 10 Filipinos, compared to June 2017 at 63%. 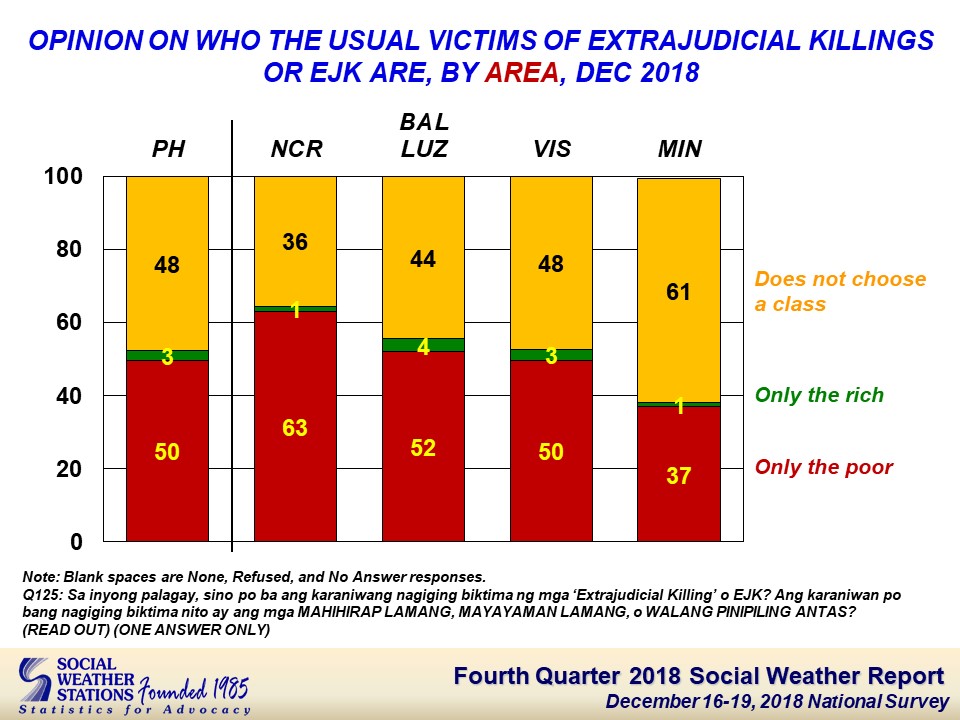 The SWS’ December 2018 survey also found that the nation is split on who the EJKs target, with 50% saying only the poor are victimized and 48% saying the problem does not choose a class. Three percent say that only the rich are victimized.

Meanwhile, only 12% of Filipinos say that they know someone who was a victim of EJK. This number went down by 3 percentage points since the June 2017 survey. 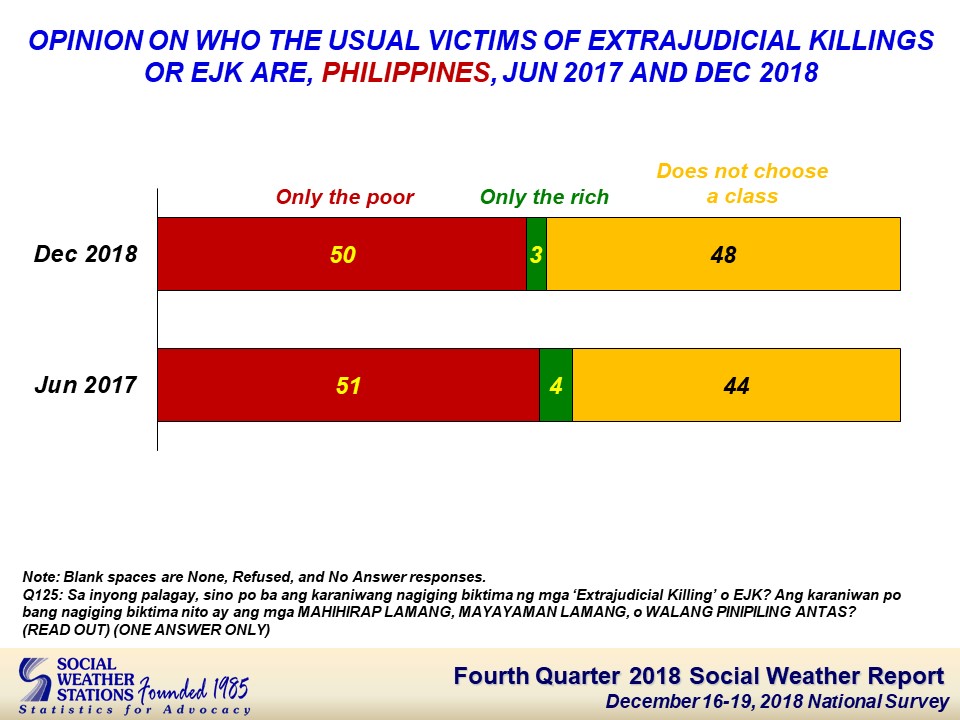 The SWS survey was conducted through face-to-face interviews with 1,440 adults, aged 18 years and above. They spoke to 360 people each in Metro Manila, Balance Luzon, Visayas, and Mindanao.

They noted that there is a sampling error margin of ±2.6% for national percentages, and ±5% each for Balance Luzon, Metro Manila, the Visayas, and Mindanao.

SWS also noted that their survey was non-commissioned and the results were released as a public service. – Rappler.com