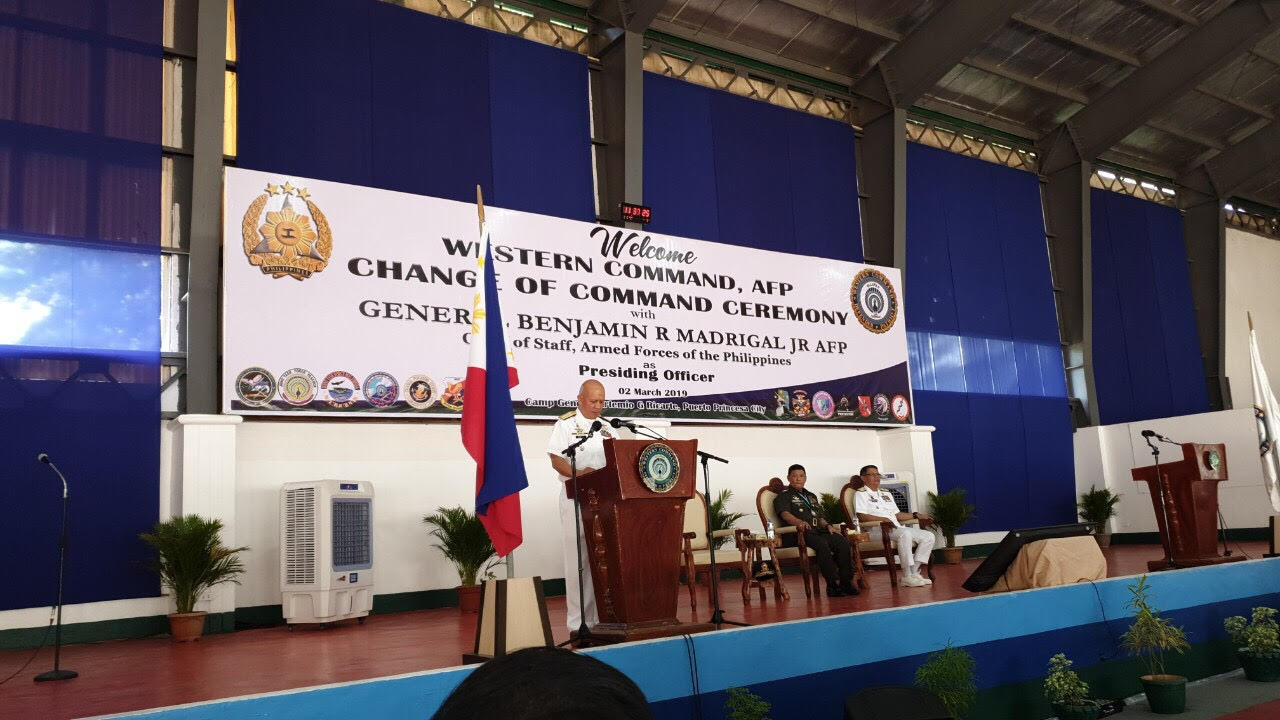 Medina assumes command as the country continues to navigate ties with the US — its treaty ally — and China, the powerful neighbor that lays claim to practically all of the South China Sea.

President Rodrigo Duterte appears to have set aside previous plans to pivot away from the United States (US) as he builds warmer ties with China.

The US has committed to assist the Philippines in the event of armed attacks in the disputes seas.

US Secretary State Mike Pompeo in his visit to Manila this week said the West Philippine Sea is covered under the 67-year-old Mutual Defense Treaty, a clarification the Philippines has been seeking since 2012.

Before this appointment, Medina was commander of the Naval Forces Western Mindanao based in Zamboanga City. — Rappler.com