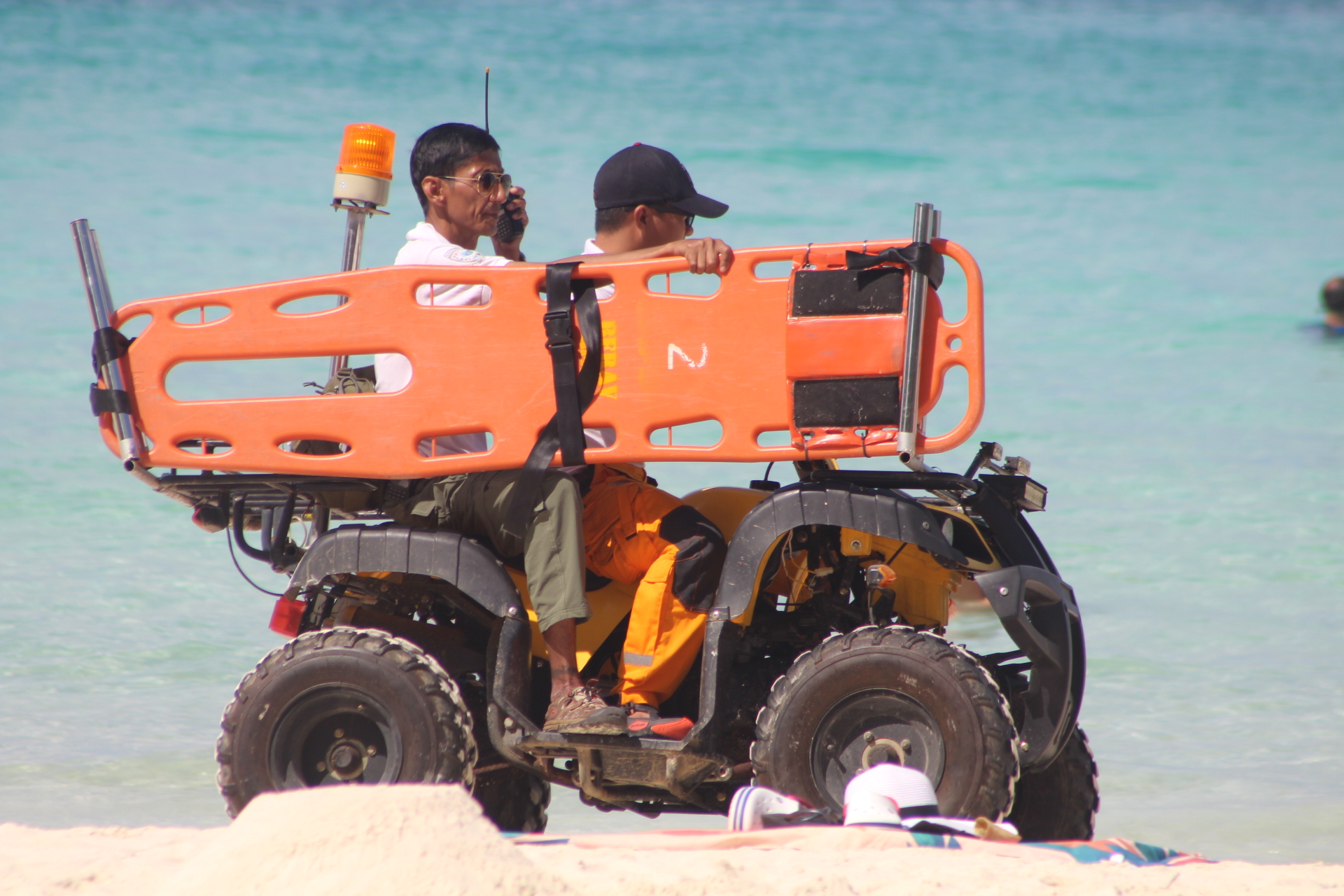 MANILA, Philippines – The Embassy of the People’s Republic of China donated to the Philippines 6 all-terrain vehicles (ATVs) for patrol and emergency assistance in Boracay Island.

Chinese Embassy liaison officer Peter Tay said the ATVs were environmental-friendly and would be used to patrol the beachfront. It will also be used to respond in case of emergencies and drowning incidents.

The ATVs will also allow lifeguards to easily move around the beachfront when watching over visitors. The ATVs will be stationed in strategic life guard towers along Boracay’s shoreline.

Tay said the donation of the ATVs comes after the Chinese Embassy gave 50 sets of walkie talkie radios before the temporary closure of Boracay Island in April 2018.

In 2017, the embassy also turned over an ambulance unit to the Boracay Fire Rescue and Ambulance Volunteers (BFRAV) through Chinese Counselor and Consul General Lou Gang.

“Maybe with the drowning incident of a Chinese national last January, the Chinese Embassy officials decided to offer ATVs for faster emergency response. They visited Boracay weeks ago and they were impressed by the government efforts to clean up the island,” Tay said.

Tay also noted the increasing number of Chinese tourists in Aklan and Boracay Island after it reopened in October 2018. He added China and South Korea were the top sources of inbound travelers in the island.