Mar 3, 2019 11:21 AM PHT
Rappler.com
Facebook Twitter Copy URL
Copied
'We did not lose only the lives of children; we lost so much promise, so much ambition, and so much hope,' says the DepEd secretary during the wake of 5 students who died in an accident in Negros Oriental 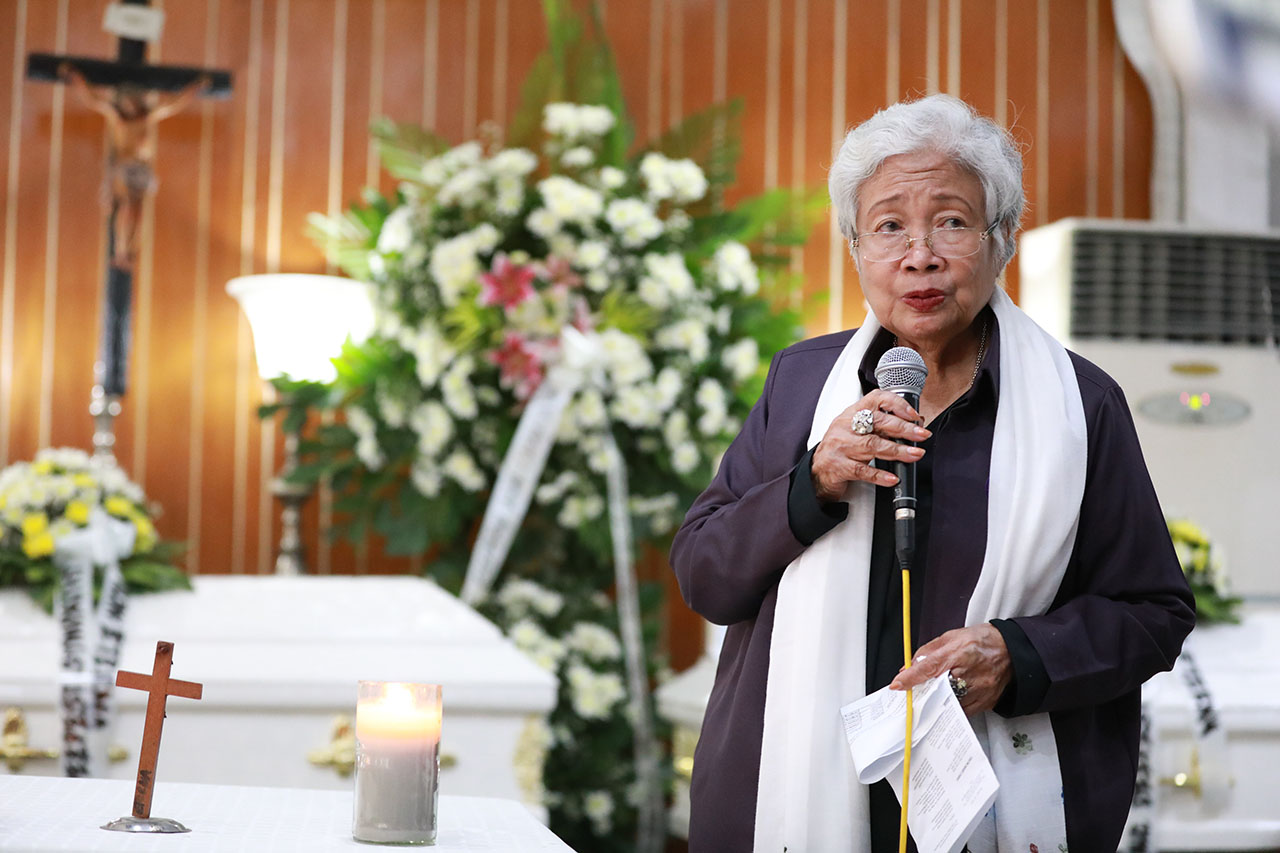 MANILA, Philippines –  Education Secretary Leonor Briones called on the public to do more in protecting children because they are the first victims of accidents and abuse.

Briones made the appeal after visiting the wake of 5 students of Basay National High School who died in a vehicular accident Friday morning, March 1, in Zamboanguita, Negros Oriental. A sixth victim, an unidentified woman, died in that accident when their commuter van collided with a cargo truck in Barangay Mayabon.

The education secretary personally paid her respects to the bereaved families Saturday, March 2.

“It’s really such a great loss. We did not lose only the lives of children; we lost so much promise, so much ambition, and so much hope,” Briones said during a press conference held at the Department of Education (DepEd) Regional Sub-Office in Dumaguete City. “And this is a result, perhaps, of lack of vigilance on the part of us—us who are grown-ups, us who are responsible for these children’s safety,” she added.

Because of the tragedy, Briones said DepEd is planning a year-round insurance of all 27 million school children.

“Each time groups of children go out of the periphery of our campus, participate in competitions, and travel to other places, they have to be covered by insurance so that if there is a need for benefits and for assistance, these can be available,” Briones said.

Briones and DepEd Undersecretary Annalyn Sevilla also said there was a need for a quick response fund, especially because the provision of financial assistance for these types of incidents is not included in the DepEd budget. They plan to include this in DepEd’s 2020 budget.

There was also need, the DepEd chief said, for regulatory agencies to “keep a sharper eye” and to conduct more robust assessment and monitoring of vehicles, especially the public utility vehicles.

The group of students from Basay National High School were on their way home to Bayawan following a mathematics competition in Cebu where they won in the elimination round. Dubbed as “Math Sayaw,” the contest is both academic and co-curricular, as the participants use music and arts to make the subject more interesting.

“They have been a source of pride among the locals of Bayawan,” DepEd Central Visayas Assistant Director Salustiano Jimenez also shared during the press conference.

Briones called for donations to help address the needs not only of the families of those who have passed on, but also the families of the 6 other patients (5 Grade 11 learners and their coach), three of whom are in the intensive care unit. They were confined at the Silliman University Medical Center and Negros Oriental Provincial Hospital.

The victims need continued medication, physical rehabilitation, surgery or replacement of body parts, and psycho-social intervention, among many others.

Donations may be coursed through the Office of the DepEd Secretary, and may be coordinated with Bayawan City Assistant Schools Division Superintendent Adolf Aguilar. – Rappler.com