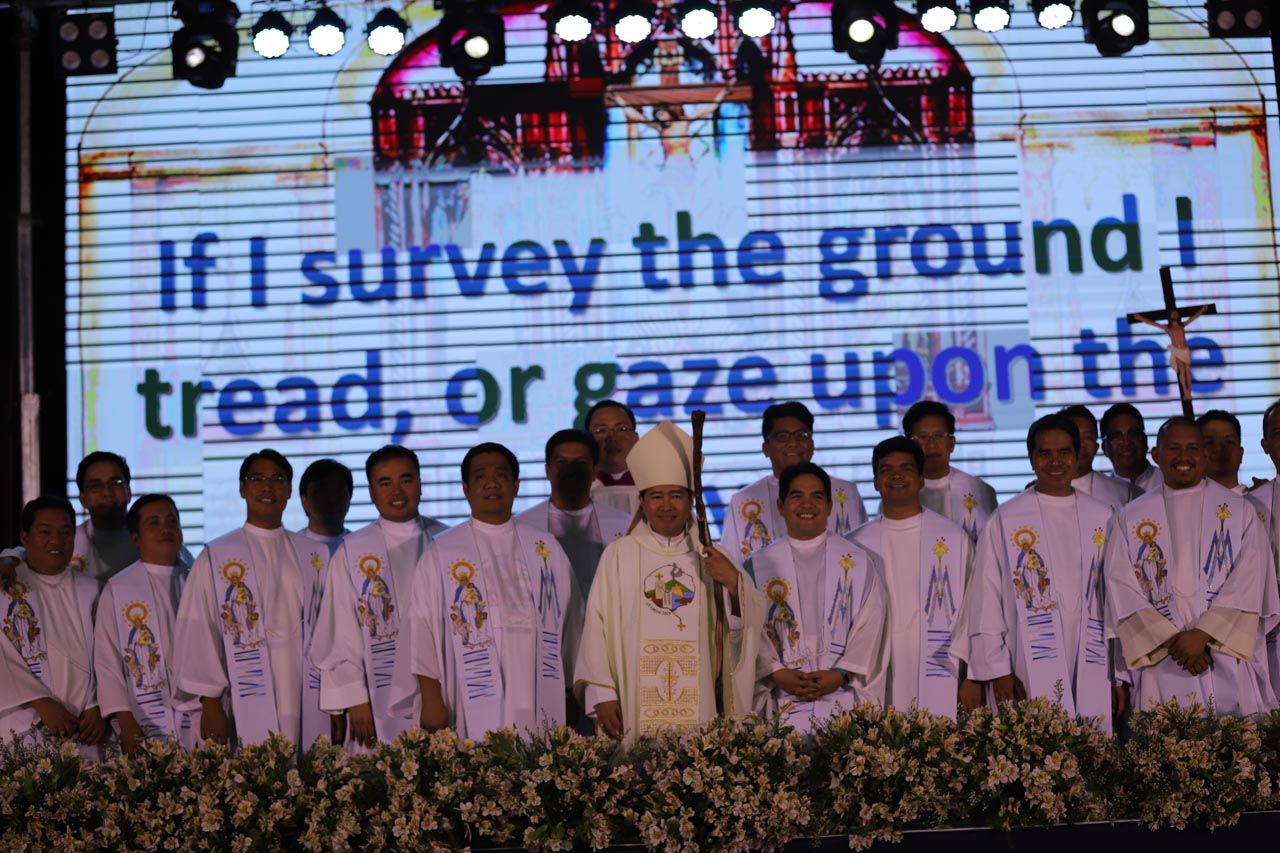 LEGAZPI CITY, Philippines – A mass to be officiated by the Apostolic Papal Nuncio to the Philippines scheduled at the Albay Astrodome here was among the highlights of the Regional Youth Day 2019 in Legazpi City Saturday, March 2.

However, much to the dismay of the over 3,000 youth delegates, Archbishop Gabriele Giordano Caccia was a no-show. He missed his plane from Manila to Legazpi.

Bishop Joel “Bong” Z. Baylon of the Diocese of Legazpi, who took over as mass celebrant, said Caccia was unable to board his Cebu Pacific flight because he missed the boarding time by 10 minutes.

“The Holy Father’s representative to the Philippines, the Papal Nuncio, could not be with us because of miscommunication and an unfortunate incident at the airport.  He was not allowed to board the plane because apparently he was 10 minutes late,” the Baylon said during his homily.

Baylon said:  “According to the person there at the counter, he was supposed to be there 45 minutes before and by the time he got there 35 minutes before. Apparently many passengers would like to ride the plane that’s why the Papal Nuncio was not given an opportunity to come (here).”

Caccia was scheduled to officiate the 1:30 pm Mass.

Fr Al Ray Compuesto, director of the Diocesan Commission on Youth, said they informed Cebu Pacific in Legazpi City of the presence of the Caccia, who has a diplomatic rank. The papal nuncio is also the ambassador of the Holy See.

By tradition, the ambassador of the Vatican is also called “the dean of the diplomatic corps.”

Compuesto said, “We have prepared and exerted so much our efforts and we have given all our best specially to our young people so that they may be able to truly receive and really felt the significance of the celebration of the Year of the Youth.”

“Even though he (Caccia) already introduced himself (he wasn’t allowed). He must be given the honorary protocol,” Compuesto added.

The Bicol clergy were disappointed with how Cebu Pacific handled the incident. “I guess, they have seminar on how they could facilitate a VIP persons. But then, when he was denied, we were saddened.”

Fr Paulo “Pau” B. Barandon, parish priest of St. Jude and station manager of Radio Veritas Legazpi, said on his Facebook page Caccia was denied from boarding the Cebu Pacific aircraft as his boarding pass was rejected by the machine.

Barandon said he was told that the papal nuncio arrived at the Manila airport at 3 am but queued for a long time at the entrance with fellow passengers. Caccia did not avail of the senior citizen’s lane or the priority lane.

Using the regular passenger lane, he went through the usual security checks at the airport entrance, avoiding the VIP protocol as he opted to be low profile.

In a message to Barandon, Charo Logarta Lagamon, Cebu Pacific communications director said: “We regret that His Excellency, Archbishop Caccia, the Papal Nuncio of the Vatican to the Philippines, was unable to check-in for his flight to Legazpi this morning. The estimated time of departure of the Manila-Legaspi flight was at 730 a.m today. The Archbishop checked-in for the flight at 6:59 a.m.”

Passengers are told to check in at least 45 minutes before their estimated time of departure.

“The Archbishop was also not checked-in for said flight at all – whether by web or via mobile and hence had no boarding pass issued. We offered to transfer the Archbishop to the next flight at 1100am, but his Eminence declined. There was no prior advice or information provided to the airline that the Papal Nuncio would be taking the flight,” Lagamon said.

Barandon said the Bishop of Legazpi was informed by the office of the nuncio that Caccia was offered a transfer to the 1:45 pm flight and not the 11 am flight. – Rappler.com