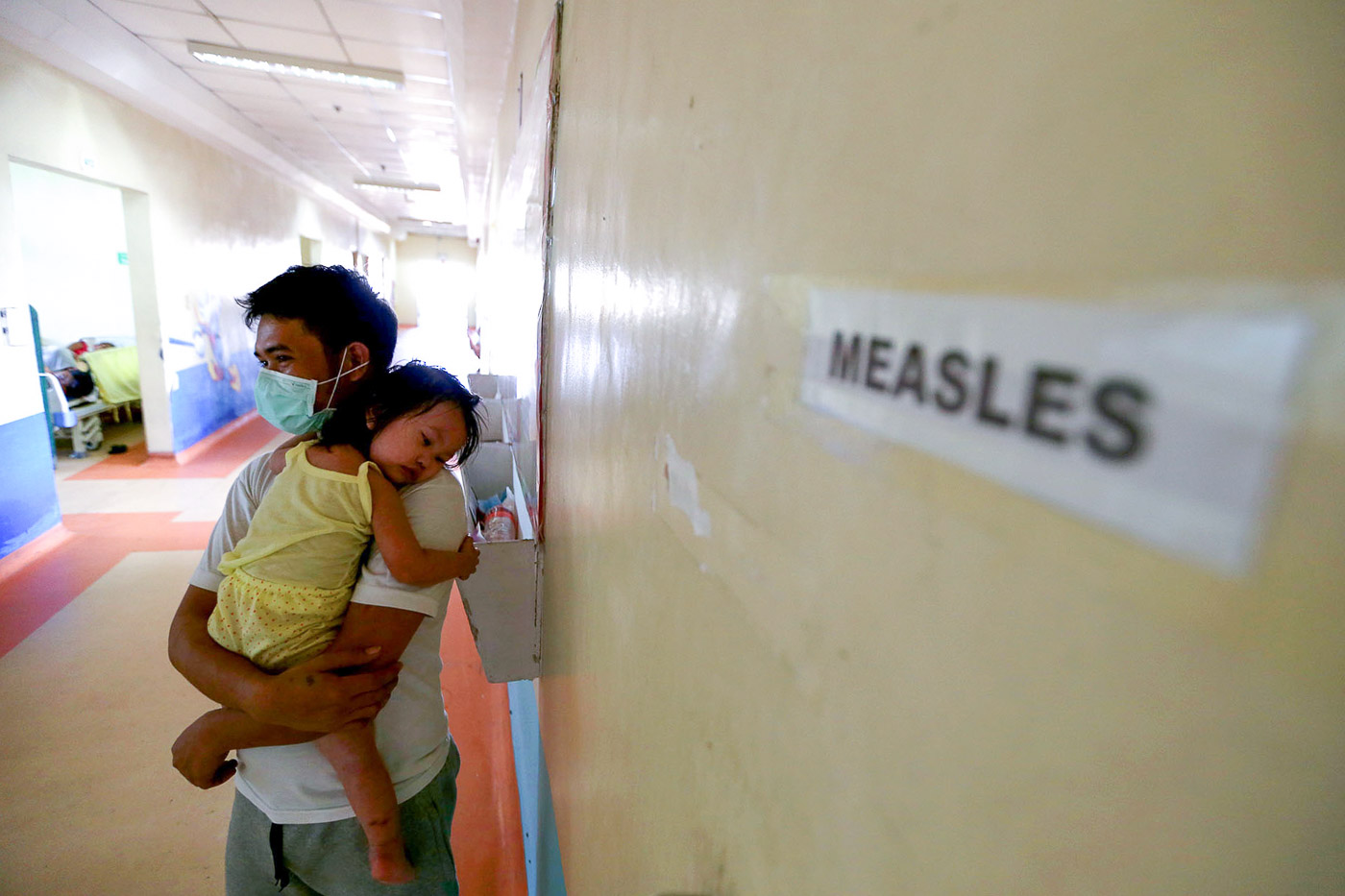 MANILA, Philippines – The Philippines was among the top countries which had the highest increase in measles cases recorded as of February 2019, the United Nation’s children agency (Unicef) said as it warned global cases of measles have been surging to “alarmingly high levels.”

Unicef said there were 98 countries which reported an increase measles cases in 2018 from 2017. Among these were several countries which were previously declared as measles-free. The global surge in cases, they said, “eroded progress against this highly preventable, but potentially deadly disease.”

Data from Unicef showed that the top 3 countries which saw a rise in cases from 2017 to 2018, were Ukraine, Philippines, and Brazil, respectively. Along with Yemen, Venezuela, Serbia, Madagascar, Sudan, Thailand, and France, the 10 countries accounted for more than 74% of the total increase worldwide.

In Ukraine, there were 35,120 cases recorded in 2018. Meanwhile, its government said there were 24,042 more people infected with the disease in just the first two months of 2019.

This was followed by the Philippine which saw the second highest with 13,192 more cases recorded in 2018 than in 2017. (READ: Why are measles cases still rising? Duque explains)

Children bear brunt of the disease: Unicef said the huge increase in cases should be a wake up call to strengthen immunization programs worldwide, as measles was a vaccine preventable disease.

“This is a wake up call. We have a safe, effective and inexpensive vaccine against a highly contagious disease – a vaccine that has saved almost a million lives every year over the last two decades,” said Unicef Executive Director Henrietta Fore.

“These cases haven’t happened overnight. Just as the serious outbreaks we are seeing today took hold in 2018, lack of action today will have disastrous consequences for children tomorrow,” she added.

Measles is also highly virulent that for every person with the disease, about 12 to 18 people may be infected. Once infected with the disease, there is no specific treatment. This makes vaccines a life-saving measure.  (READ: FAST FACTS: What is measles and how can it be prevented?)

Majority of those affected with the disease were children not older than 4 years old. (READ: Love trumps fear: Payatas parents get babies vaccinated)

“Almost all of these cases are preventable, and yet children are getting infected even in places where there is simply no excuse,” Fore said.

The Department of Health (DOH) had pointed to vaccine hesitancy among the top reasons behind the huge increase in cases. This was the same experience seen in several other countries as well, Unicef said. (READ: EXPLAINER: When should one get vaccinated against measles?)

“Measles may be the disease, but, all too often, the real infection is misinformation, mistrust and complacency. We must do more to accurately inform every parent, to help us safely vaccinate every child,” she added.

Health officials in the Philippines have repeatedly urged individuals to get vaccinated against measles as this remains the best defense against the disease. The government wants to vaccinates some 12 million people by March. – Rappler.com