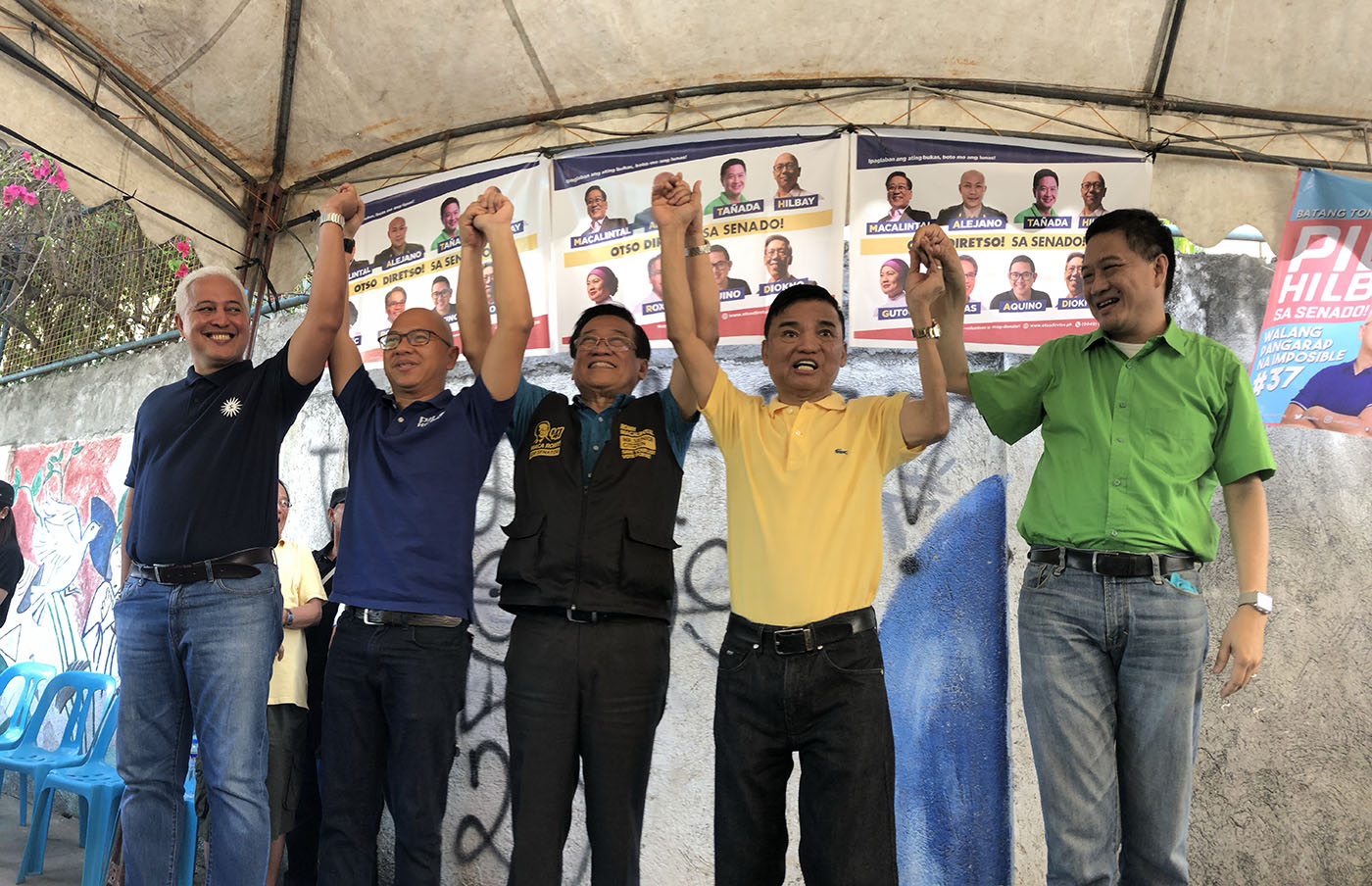 (Why did I stay with the yellows? Because I believe what the yellows are fighting for are the rights of the people. You saw the programs I’m pushing for. You don’t need to be strong or strong leaders to benefit from these, because all my programs are for every one of you. And that will also be done by the Otso Diretso candidates whom we are supporting.)

Fresnedi said that because former Quezon congressman Erin Tañada is the grandson of the late Martial Law critic and senator Lorenzo Tañada, he would continue the “patriotism, nationalism, and love of country” like that of his grandfather.

As for Florin Hilbay, Fresnedi told his constituents that the former solicitor general grew up in Tondo but he beat the odds and still topped the bar examinations.

Marawi civic leader Samira Gutoc and former interior chief Mar Roxas were not present and did not send any representatives.

Muntinlupa City has a total of 341,511 voters registered for the May elections.

As opposition candidates, members of the Otso Diretso slate have found it difficult to convince incumbent politicians to host their sorties since the campaign period started.

This has forced the ticket to resort to door-to-door campaigning together with their volunteers to introduce themselves directly to voters. (READ: Can Otso Diretso do a repeat of Robredo’s 2016 victory?)

They campaign mostly in schools and in meetings with sectoral representatives, where participants are given the chance to ask questions to the Otso Diretso candidates.

So for Hilbay, getting Fresnedi’s endorsement is a “breath of fresh air.”

(We’ve been noticing that local government officials are closing their doors to Otso Diretso. But we think this is also a good thing because we’re forced to directly face the people.)

Tañada is thankful for Fresnedi’s support and praised him for “standing by his principles.”

(He does not believe in party switching. We need to recognize and applaud the few mayors who believe there is nothing wrong with sticking to their party as long as they are not doing anything wrong. They are only doing the right thing, which we should emulate.)

Fresnedi is seeking reelection as the LP’s mayoral bet in Muntinlupa City. His running mate, however, is Temy Simundac, the candidate of the administration’s Partido Demokratiko Pilipino-Lakas ng Bayan. – Rappler.com