Zamboanga City under state of calamity due to dry spell 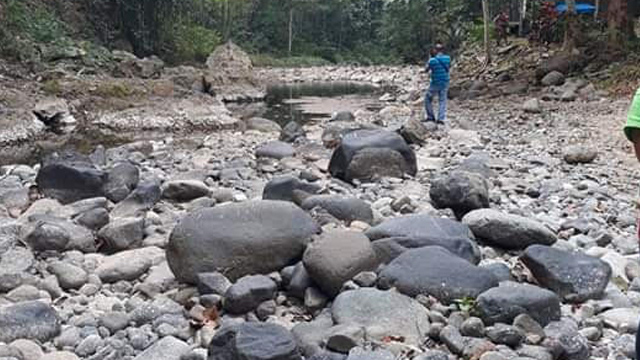 ZAMBOANGA CITY, Philippines – The city council on Tuesday, March 5, passed a resolution placing Zamboanga City under a state of calamity due to drought caused by the weak El Niño.

Vice Mayor Cesar Iturralde said the resolution was approved based on the recommendation of the City Disaster Risk Reduction and Management Council (CDRRMC), led by Mayor Beng Climaco. They said the dry spell had hit rivers and tributaries, affecting irrigation for rice fields.

CDRRMC Officer Dr Elmeir Apolinario said the declaration of a state of calamity would allow the city government and other concerned agencies access to calamity funds to help mitigate the effects of the dry spell.

The CDRRMO and the City Agriculturist Office are proposing P43.8 million to purchase equipment, fertilizer, and vegetable seeds, and for cloud seeding, food for work program, information education campaign, rental of water tankers, lease of equipment, and others.

The Philippine Atmospheric, Geophysical and Astronomical Services Administration has reported that the weak El Niño is present in the tropical Pacific and will likely to continue until the April-June 2019 season. – Rappler.com