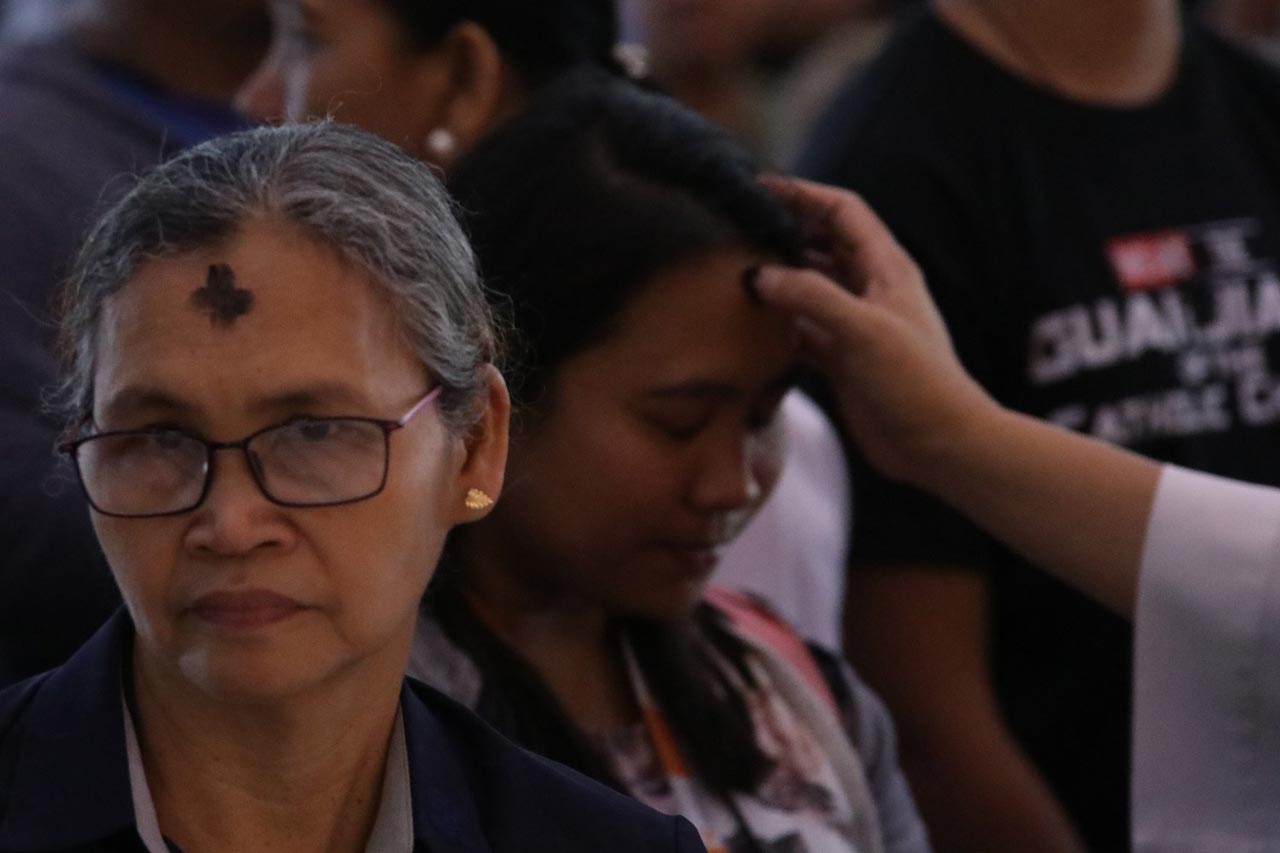 MANILA, Philippines – Manila Archbishop Luis Antonio Cardinal Tagle urged Catholics to “leave behind unnecessary bags and baggages” as they begin the penitential season of Lent through the observance of Ash Wednesday, March 6.

“It is difficult to travel with heavy bags and baggages. Like Jesus, let us travel light,” Tagle said in his Ash Wednesday message.

“Let us share what we have with the poor through acts of justice and charity called almsgiving. Let us take care of our health, our hungry neighbors, and creation by restraining our appetite through fasting. Let us cast on the Lord our burdens in the spirit of faith and hope through prayer,” he said.

“Almsgiving, fasting, and prayer will help us leave behind unnecessary bags and baggages on our Lenten journey with Jesus. Our Mother Mary will accompany us,” he added.

Ash Wednesday is the start of Lent, a 40-day penitential season that leads to the remembrance of Christ’s death on Good Friday and his resurrection on Easter. (READ: Where do ashes for Ash Wednesday come from?)

In his Ash Wednesday message, Tagle also urged Filipinos to donate to the Catholic Church’s Fast2Feed campaign this Lenten season.

Fast2Feed aims “to provide one hot and nutritious meal a day for 120 feeding days to at least 30,000 children.” He pointed out that “it only takes P1,220 for 6 months – or P10 per day – to nourish a hungry and undernourished child.”

“This season of Lent, let us ‘re-center’ our lives on God, who takes the initiative to call us to conversion. Let us deepen our relationship with him, by practicing charity and helping those in need. Let us make a difference in the lives of these hungry and malnourished children by donating whatever we save from fasting to Hapag-Asa. Let us fast to feed our needy children,” he said.

In his own message, the president of the Catholic Bishops’ Conference of the Philippines, Davao Archbishop Romulo Valles, explained the symbolism of the imposition of ashes.

“The imposition of ashes on Ash Wednesday reminds us of the need for conversion, the need to go back to the Lord, the grace of conversion, and the grace of forgiveness and mercy of God,” Valles said in an interview on Church-run Radio Veritas.

“My brothers and sisters, let us avail of the season of grace during Lent so that we would be really prepared into the joyous season of Easter,” Valles also said. – Rappler.com