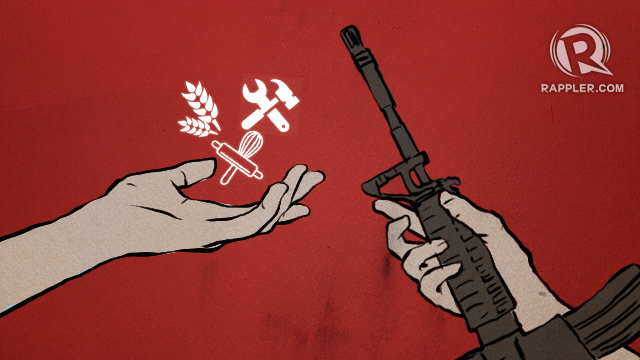 Lapeña said the beneficiaries, who were from the MILF’s Camp Darul Argam in Lanao del Sur, will undergo skills training in agriculture, baking, carpentry, food processing, welding, machinery, agri-crop production, and mechanics, among others.

The training will take place under the special clients program and will be held in TESDA centers in Cagayan de Oro and Iligan City.

Lapeña said he sensed that the group wanted to start skills training soon.

During this period, MILFs soldiers from its armed wing, the Bangsamoro Islamic Armed Forces give up their weapons and transition to civilian life. The soldiers will take up livelihood programs and camps will be transformed into to productive communities.