Robredo on drug list: File cases instead of trial by publicity 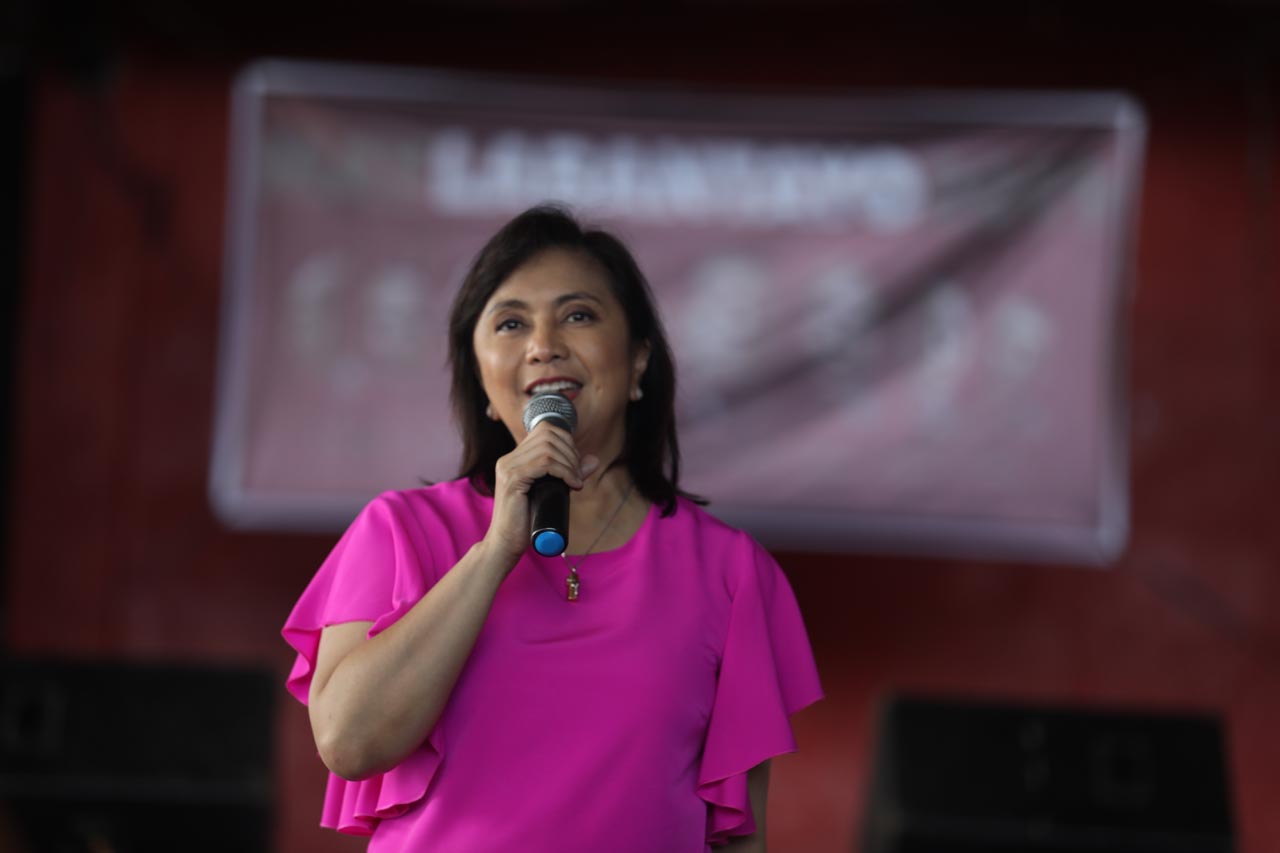 MANILA, Philippines – Vice President Leni Robredo said on Wednesday, March 6, that the government should “just file cases” against so-called narco politicians so they can be tried in court, instead of subjecting them to trial by publicity through the release of a new drug list.

Robredo made the statment in an interview with reporters in Laguna, where she was asked about a new government drug list supposedly to be released before the May electons.  (READ: PDEA: Drug-linked governors, congressmen, mayors to be named next)

(Of course, we don’t want narco politicians elected into office, but just file cases against them now. If there are evidence against them, why don’t they file cases? Why resort to trial by publicity?)

Robredo recalled that when President Rodrigo Duterte first released a narco list in 2016, several names turned out to be wrong.

One judge with alleged links to the drug trade was already dead for 8 years when the list was released. Duterte himself admitted the government made a mistake when it included  Pangasinan 5th District Representative Amado Espino Jr  in its first drug matrix released in 2016.

(Trial by publicity is hard because what is our assurance the information is correct? In the past two and a half years, there were several instances when they took back what they said because they weren’t able to vet the informaiton correctly. So innocent people get victimized.)

Presidential Spokesperson Salvador Panelo has said over the past several days that Malacañang will soon release a new narco list, supposedly dominated by politicians  running in the May elections.

Panelo also said they supposedly got the information from foreign countries that wiretapped local politicians.

(For me, isn’t wiretapping prohibited? That’s not allowed under our law. If there are enough evidence from them, why not file cases? File cases in court now so they have a chance to defend themselves.)

Otso Diretso candidates Erin Tañada and Florin Hilbay both said the threat of releasing another narco list is being used by the Duterte administration to influence the May polls.

Malacañang earlier said politicians who would disputed their inclusion in the next list can just file libel cases.– Rappler.com