NCRPO chief: Sorry for outburst but errant cop ‘deserves’ it 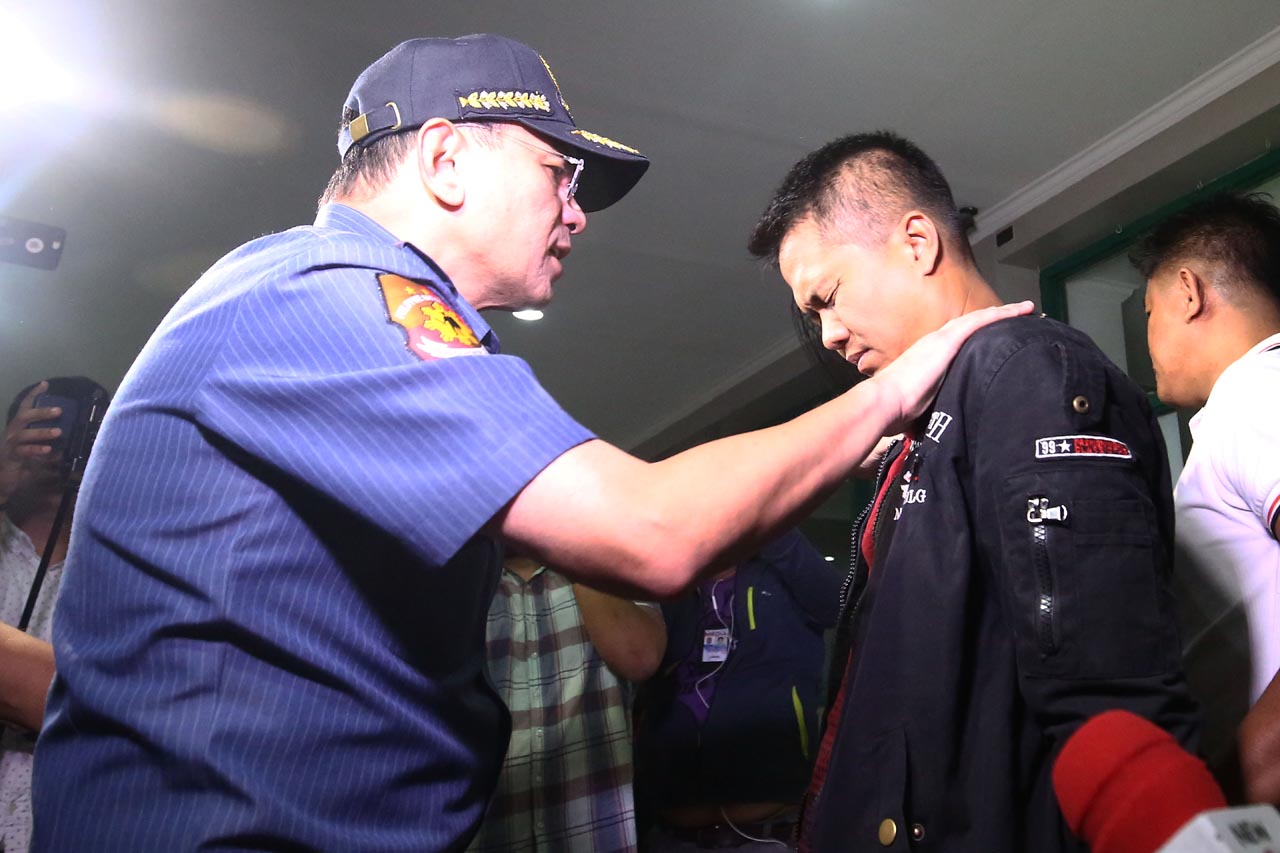 Eleazar made the statement hours after a video of him bawling out Police Officer 2 Marlo Quibete from the  Eastern Police District’s (EPD) drug enforcement unit (DEU) made the rounds on social media.

“Humihingi ako ng paumanhin kung ‘di ako nakapagtimpi at nailabas ang aking emosyon (I’d like to apologize if I wasn’t able to control myself and I expressed my emotions),” Eleazar said in a press briefing in Camp Crame on Wednesday.

Eleazar was caught on video grabbing the hair of Quibete to force him to show his face to the media, then his collar as he ordered him to stand up between expletives. The two-star general said he wanted the cop to look at him as he admonished him.

“Kinwelyohan ko, tiningala ko ang mukha, at dinuro-duro ko. Eh dapat lang (I collared him, I made him tilt his head, I pointed my finger at him. It’s only right). They deserve that,”  Eleazar said.

He said that cops shouldn’t be “treated as babies” anymore, especially since he has repeatedly warned them to stop engaging in illegal activities.

Aside from Quibete, the rest of the EPD DEU unit was relieved. Eleazar has also sacked EPD Director Chief Superintendent Bernabe Balba for command responsibility. – Rappler.com