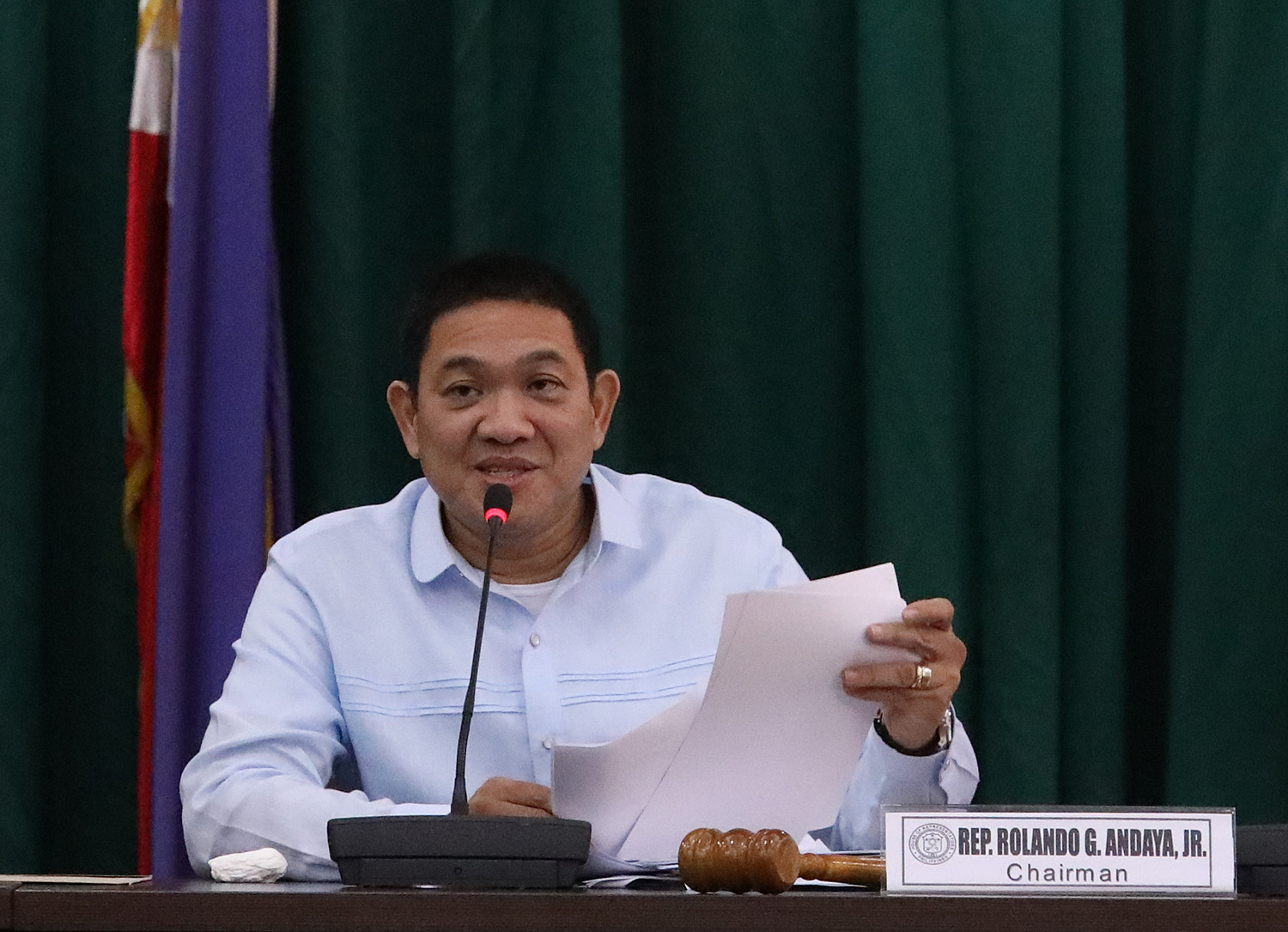 MANILA, Philippines – House Appropriations Committee Chairman Rolando Andaya Jr said on Wednesday, March 6, that “there’s nothing illegal” when the lower house itemized its P4.5 billion budget for health facilities only after the ratification of the bicameral committee report on the 2019 national budget.

The national budget has yet to be signed; the government is operating on a re-enacted budget.

Andaya was responding to an accusation by Senator Panfilo “Ping” Lacson that the House itemized the funds and gave P25 million to House members who supported Gloria Arroyo’s speakership and P8 million to those who did not.

While Andaya could not answer for certain on Wednesday how much went to which district, the Camarines Sur representative said every member got their share depending on their needs.

(It depends on their needs, you cannot equally distribute it because each member has different priorities, different places. There are areas which have no district hospital, there are areas without a national hospital, so it would be dependent on the need of the place, instead of just give them money which they cannot use.)

The issue refers to the P15 billion budget for the Health Facilities Enhancement Program (HFEP). Andaya said P4.5 billion went to the House, P2 billion to the Senate and P8.5 billion to the Department of Health (DOH.)

Andaya claimed that what the House and the Senate agreed on during its bicameral conference was just a lump sum amount for each chamber.

“There were no details whatsoever on how these funds would be distributed to the different hospitals,” Andaya said.

Andaya, who’s the chairman of the House appropriations committee, said they called each lawmaker to ask for their district’s needs which became the basis for the distribution. Andaya claimed the Senate did the same.

“That’s the exact same thing they did, they itemized it after we ratified the bicameral report. What we did was the same thing that they did, which was to identify the lump sum amount,” Andaya said.

Andaya said they are ready to release their data soon for public scrutiny.

Malacañang said it has talked to Arroyo who denied Lacson’s allegation.

Andaya said that there were proposals during the bicameral conference to not give funds to 60-70 congressmen.

Andaya said that itemizing the lump sum before the signing of the budget was more prudent and in accordance to the Supreme Court decision. The Supreme Court declared discretionary lump sum funds unconstitutional amid the pork barrel scandal in 2013.

“There’s nothing illegal, there’s nothing surprising. We wanted to be transparent from the beginning thats why we welcome the criticisms that’s why we are identifying it down to the smallest detail,” Andaya said. – Rappler.com