Journalists urged not to aid trial by publicity over narco list 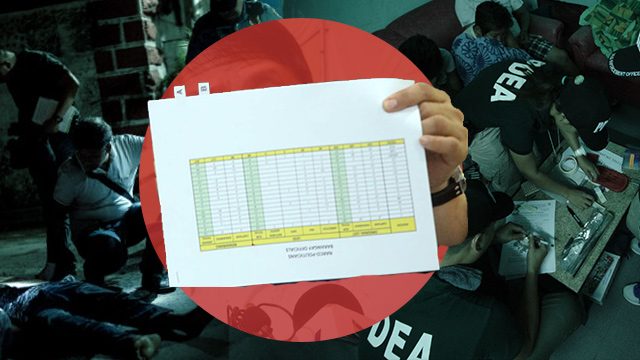 This statement, dated March 7, 2019, was signed by the following:

We, journalists and media organizations, express grave concern about the likely breach of professional ethics and adverse legal implications of the publication and broadcast of the Duterte administration’s list of public officials allegedly involved in the illegal-drugs trade.

The list reportedly enrolls the names of 82 candidates in the May 2019 elections. The list was reportedly based on still to be verified intelligence reports and wiretapped information received from foreign governments.

President Duterte and his spokesperson Salvador Panelo have announced plans to release the list to the public next week, even before the National Bureau of Investigation could validate its contents, or even before the authorities could build cases and file the appropriate charges against the alleged malefactors. The chief of the Philippine Drug Enforcement Agency said he is against the release of the list, adding that his agency has yet to re-validate it. The Commission on Elections’ spokesperson said the government must “convict first” before those on the list could be disqualified as candidates.

On August 7, 2016, at a wake in a military camp in Davao City, the President had read names from what he called a “validated” list of 163 barangay captains, municipal mayors, vice mayors, representatives, judges, police officers, and soldiers allegedly linked to the illegal drugs trade. He said those on the list have 24 hours to report to their superiors, or they will be hunted down by the police and military. Many of those on the list had long been dead, or wrongly named. Many others had been killed after the partial release of the list.

This matter is more than just about a list, and its disclosure, more than just a story that the Duterte administration seems to want the news media to publish and broadcast with no thought to the journalistic values of fairness, accuracy, and independence.

Instead of rushing to print or air, we now urge all our colleagues to exercise utter prudence and fastidious judgment in evaluating this “story.”

To be sure, the “story” offers just a list of names, but not the full, substantive details of why or how those on the list had been tagged or plugged as so-called “narco politicians.”

In the Duterte administration’s view, naming and shaming those seeking public office allegedly involved in the illegal drugs trade may serve the public interest.

But absent convincing proof of the administration’s claims, or cases it has filed or plans to file in the courts, such naming and shaming redounds to mere trial by publicity of political rivals, and a publicity stunt for the public and the news media’s transient amusement.

Such naming and shaming calls attention to the possible invasion of privacy, as well as denial of due process and presumption of innocence, for those on the list.

Once published or broadcast, the travesty will be magnified as a collective disregard for the rule of law, and a clear breach of the time-honored traditions of fair, accurate, and independent journalism, by the news media.

Rather than seek publicity for its unverified “narco list” story, the Duterte administration should waste no time to build cases, file charges, prosecute, and send to jail the guilty, if indeed it had proof and evidence on hand.

The Constitution, in Article III, Section 14 (1-2), upholds the principle of presumption of innocence. Contrary to Mr. Panelo’s assertion, there are no exemptions to this principle.

In what seems to be his own apparent doubts about the list’s veracity, Mr. Panelo has said that those on the list could always sue for libel, if it could be proved that they had been falsely tagged or accused.

But that also means that the aggrieved parties would have to file suit against news-media agencies that would publish or broadcast the names on the unverified list. The likely respondents, though, will not include the President, because he enjoys immunity from suit while in office.

Verify, verify, verify. And do so independently. That is the first thing that the news media can and should do, before running a list that tags and links people to hateful crimes, on the mere say-so of the President and his political lieutenants.

It is from the courts – by due process, by evidence, by fair trial – that the people must know who are guilty, and who are innocent. It is not the Duterte administration that, by press release alone, must name and shame possibly both the guilty and the innocent via an unverified “narco list.”

We, journalists and media organizations can, at the very least, refuse to play along when the government and those who are supposed to lead the nation play fast and loose with due process and the rule of law. – Rappler.com