Duterte on 2019 budget standoff: I won’t sign anything illegal 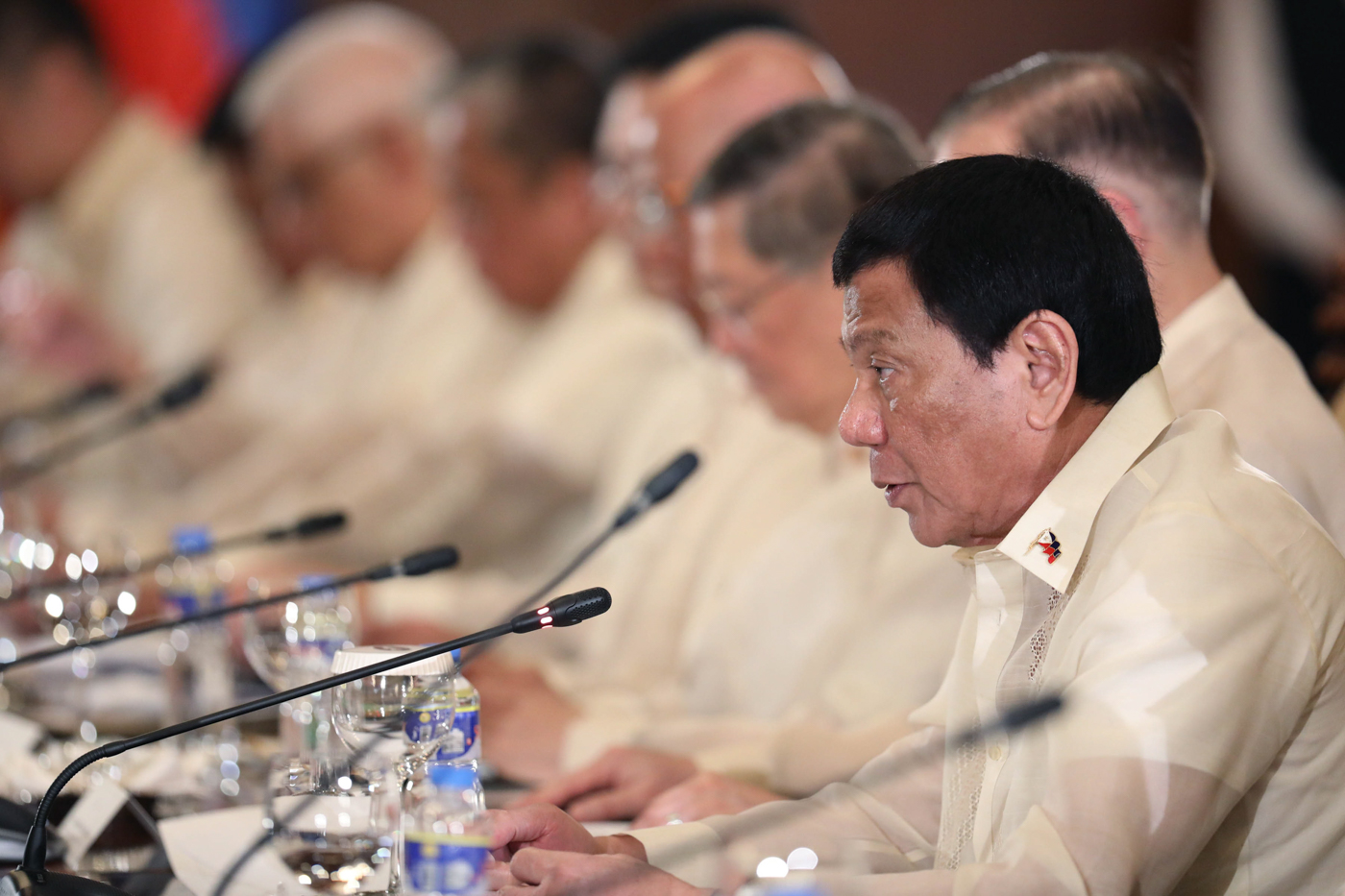 MANILA, Philippines – President Rodrigo Duterte maintained that he will not sign the ratified 2019 budget if it contains illegal provisions, amid the Congress debates that continue to delay the budget’s passage.

“I will not sign anything that will be an illegal document,” he said on Monday, March 11, during a Malacañang event.

His remark comes as lawmakers continue to debate on the P3.757-trillion 2019 budget, even after they passed it in early February. Though it has been ratified, the budget faces a new impasse – allegations of changes from the ratified version.

The ratified 2019 budget is not yet on Duterte’s desk for signing because of this impasse.

It has to do with changes done by the House of Representatives to the budget even after its ratification at the level of the bicameral conference committee.

Senate President Vicente Sotto III said the House realigned P79 billion, a modification of the ratified bicameral conference committee report on the 2019 budget. Sotto then said he would not sign the 2019 budget if the document is different from what was ratified by both chambers in February.

Previously, Senator Panfilo Lacson criticized the House for itemizing the proposed P4.5-billion budget for health facilities also after the ratification of the bicam report.

On Monday, House committee on appropriations chairperson Rolando Andaya Jr said he hopes senators will not hold the 2019 budget “hostage.” He had accused senators of also itemizing parts of the 2019 budget even after its ratification.

Because Congress had failed to pass the 2019 budget in December 2018, the Philippine government is now operating under a reenacted version of the 2018 budget.

Duterte warned of a dip in the country’s economic growth should the government continue to operate on a reenacted budget.

“Magkaroon tayo ng slide sa GDP niyan (Our GDP will slide) if we are going to reenact the budget, Everyone will suffer including our law enforcement,” he said on Monday.

“It will decrease our GDP, alam ‘nyo ‘yan, kasi walang perang panggastos (because we won’t have money to spend). It’s an everyday income that we expect so ‘yan ang pinagdedebatihan nila dito (that’s what they are debating here),” he added. – Rappler.com