NCRPO chief: Not drug-free, but ‘drug-resistant’ PH in 3 years 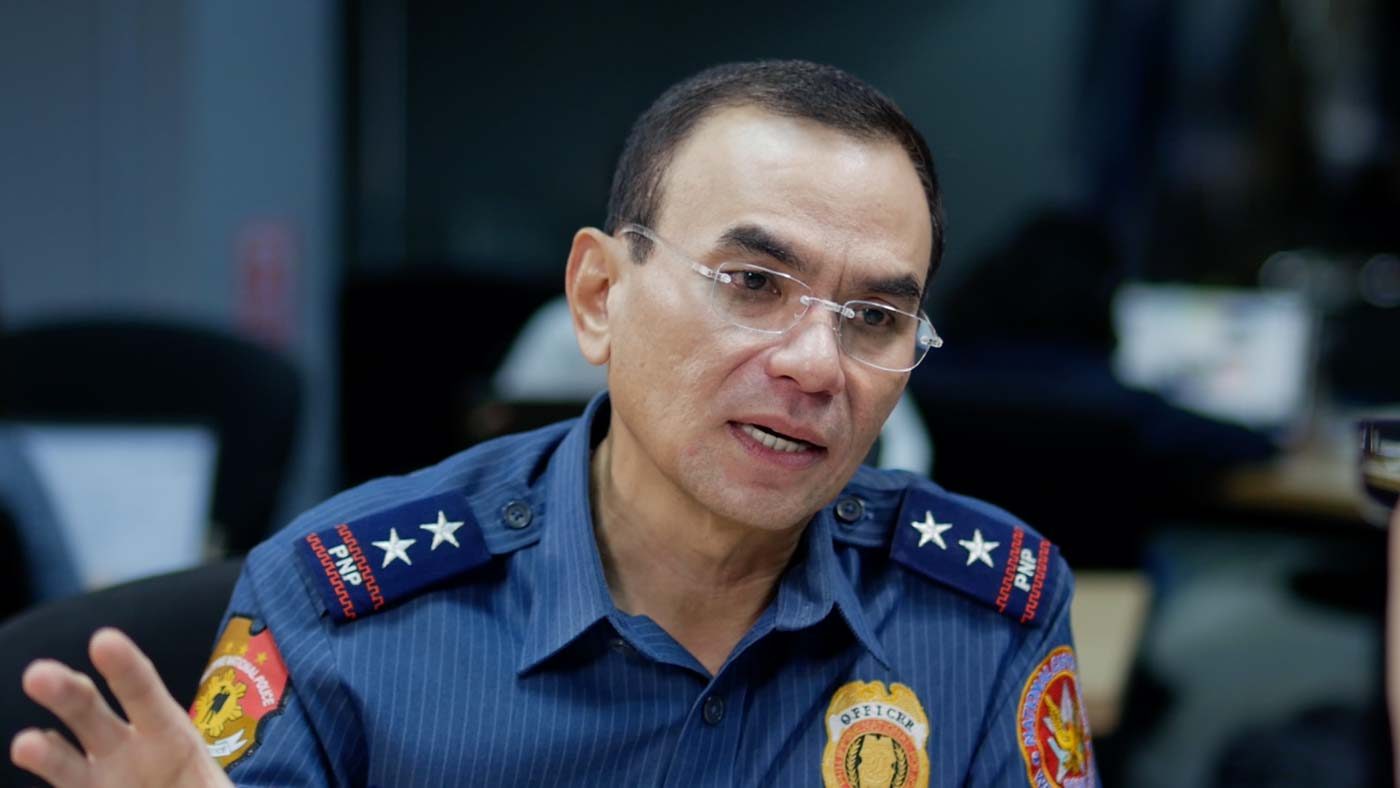 (You know, we cannot totally, totally end it. We just want to attain it: drug-cleared or drug-free is labeling. For me, it’s drug-resistant. That means we can react to the situation.)

This comes after Duterte asked the public to wait 3 more years before he could “complete” his campaign promise of ending drugs and crime. He first vowed to end the two problems in 6 months when he campaigned for the presidency.

Citing numbers kept by the NCRPO, Eleazar said they have arrested over 70,000 drug suspects ever since Duterte assumed office in July 2016. But there are more arrests to be made, and more drugs to be seized. (READ: Duterte gov’t allows ‘drug war’ deaths to go unsolved)

The way forward, according to him, is to go beyond law enforcement and look at prevention and rehabilitation, too. This, he said, would have to start at the community level and even within the family. (READ: No ‘real number’ on drug rehab: Here’s why)

(Cops shouldn’t be the only ones to act there. Law enforcement. That’s the role of cops. But prevention should be there, also rehabilitation, and integration into the community.) – Rappler.com