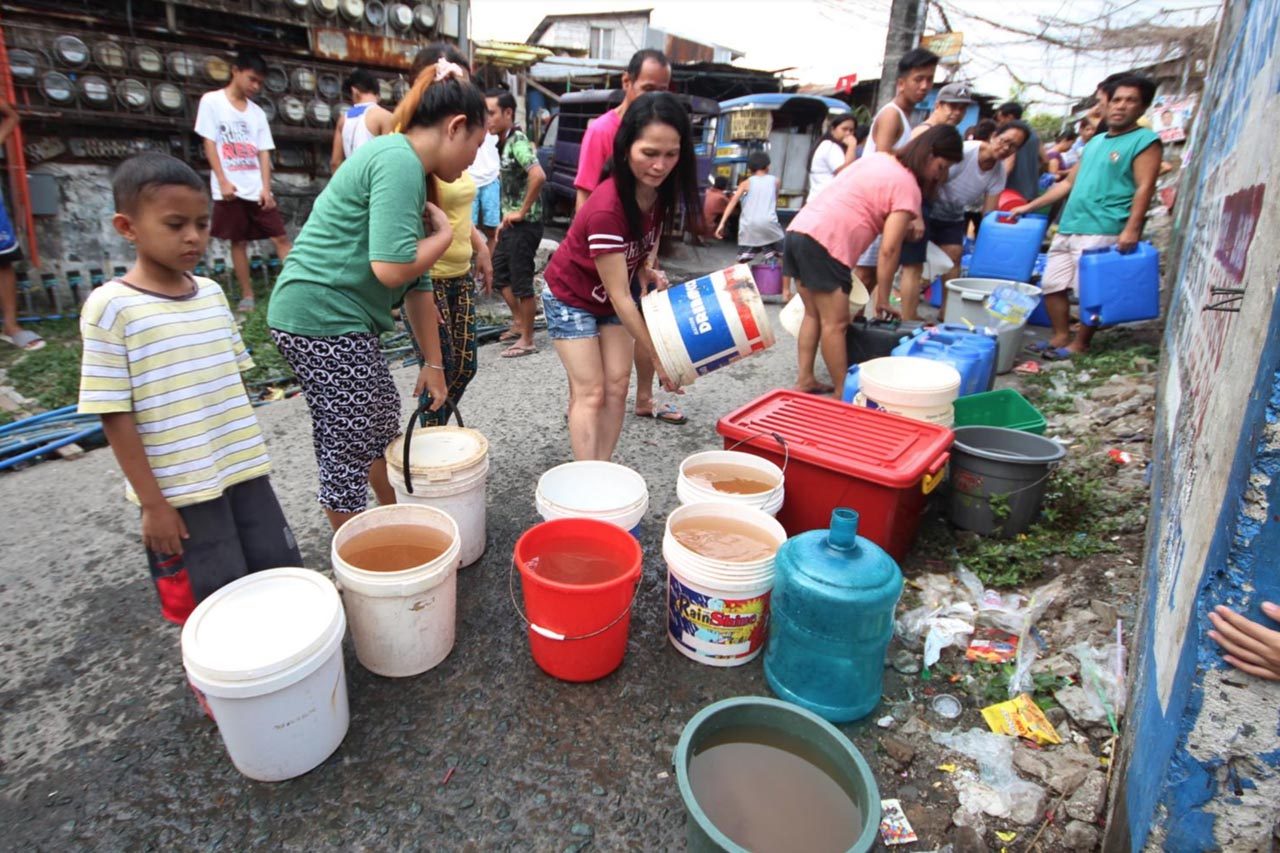 Facebook Twitter Copy URL
Copied
The heads of Manila Water and Maynilad, chiefs of government agencies involved in water supply, and mayors of affected cities are being invited to the hearing

MANILA, Philippines – The House of Representatives is set to investigate the water shortage in parts of Metro Manila and Rizal on Monday, March 18.

The House committee on Metro Manila development, chaired by Quezon City 2nd District Representative Winston Castelo, will be conducting the hearing at Conference Rooms 3 and 4 of the Ramon V Mitra Building at the Batasang Pambansa.

Since the evening of March 7, customers of Ayala-led Manila Water in Metro Manila and Rizal have faced low water pressure to no supply. Those who were affected said they were not given time to prepare. (READ: EXPLAINER: What caused Manila Water’s service problems?)

The officials invited to the hearing are:

Local chief executives of areas affected by the water service interruptions are also invited to attend. They include:

On Thursday, March 14, no less than Speaker Gloria Macapagal Arroyo and House committee on public works and highways chairman Bayani Fernando received a briefing on the water shortage from MWSS Administrator for Engineering Leonor Cleofas and Department Manager for Research Byron Carbon.

The government is currently pushing for the construction of the China-funded Kaliwa Dam as an additional water source. But local groups oppose the project due to the social and environmental impact it would have on the community.