International probers: No effective investigation of lawyer killings in PH 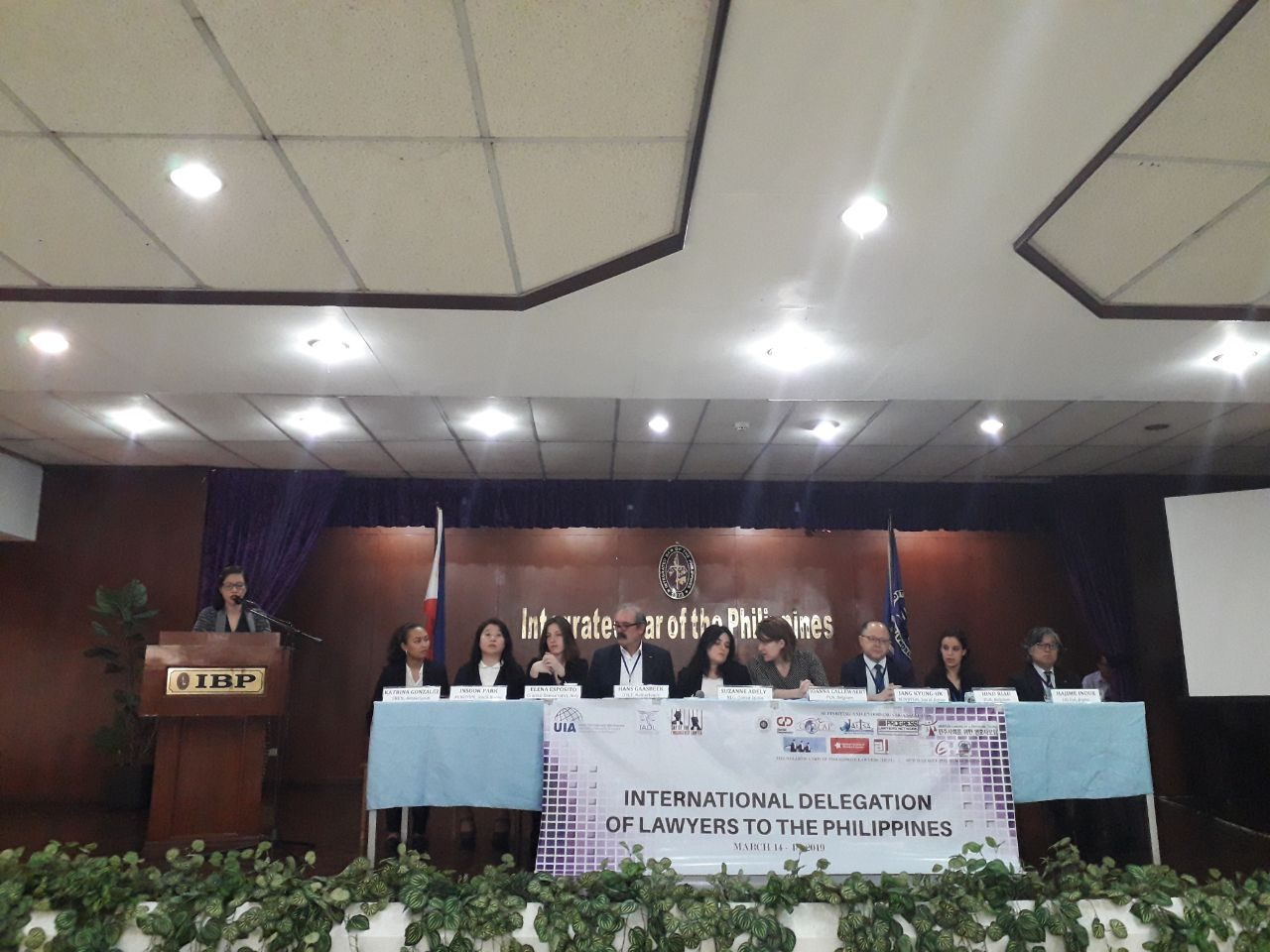 Facebook Twitter Copy URL
Copied
Policemen, the foreign lawyers say, are not conducting initial investigations, and prosecutors are left to wait for police reports that do not come

MANILA, Philippines – An international delegation of lawyers said on Monday, March 18, that the government has not done an effective investigation into the 37 cases thus far involving lawyers, prosecutors, and judges killed in the Philippines during the presidency of Rodrigo Duterte.

“There is a lack of sufficient investigation. No inventory of the used guns, no documented files about the killings linked to the judicary, there is a refusal to hear and protect witnesses and there is reported harassment of witnesses by police and military,” said Elena Esposito of the Italian group Giuristi Democratici.

The delegation included lawyers from all over the world who conducted interviews and research into the 37 cases of lawyer killings.

Joan Callewaert of Belgian group Progress Lawyers Network (PLN) said that prosecutors find it difficult to push for investigations since they play a “passive role” and wait for policemen to do the initial probe.

“At this time we saw in several cases that prosecutors have a passive role, don’t push the police officers to do a proper investigation. Impunity is obviously quite clear in several cases,” Callewaert said.

The role of prosecutors in the culture of impunity has been scrutinized in a Supreme Court petition which alleges that a Department of Justice (DOJ) manual requires them to simultaneously do initial investigations alongside the police.

DOJ Undersecretary Markk Perete told Rappler separately that prosecutors can only wait for the police.

“Preliminary investigations (PIs) are conducted usually after evidence have already been gathered by law enforcement officers who then file before our prosecution service the relevant complaint and submit their evidence in support thereof,” Perete said.

Callewaert said that representatives from the DOJ and the Philippine Judges Association (Philja) that they interviewed expressed frustration with the setup.

“We also spoke with the DOJ and prosecutors and judges, and all 3 of them have recognized that there’s a problem, they said it’s very difficult to know who killed them, they also said and it’s quite surprising for us, they said it is actually a risk for the job, that means somehow somewhere they do say, ‘well, we cannot do anything about it,’ that if you become a lawyer, if you become a judge, one day you will be attacked or killed,” Callewaert said.

Suzanne Adely of the US group National Lawyers Guild (NLG) said that based on interviews, it appears that police investigations are being hindered because in some cases, the perpetrators come from the police force.

“I think that some of the cases, they expressed to us the frustration, the inability to complete a full investigation and leading to prosecution even though they were sure that the perpetrators did come from the police force,” Adely said, referring to interviews done with representatives of the National Bureau of Investigation (NBI).

Unwillingness and inability to prosecute crimes is the main determination for the International Criminal Court (ICC) to take jurisdiction over the killings here and open a formal investigation.

The delegation refused to comment on the implications of their findings on the ongoing ICC examinations. The examinations will continue despite the effective withdrawal of the Philippines from the ICC.

Data analyzed by Rappler shows that in the more than 20,000 killings in the Philippine campaign against drugs, the government has allowed thousands to go unsolved, prosecuting only 76 so far.

The problem lies in the insistence of the police on not investigating killings in police operations due to the presumption of regularity, and as the delegation has found, the passive role of prosecutors.

Adely said there are no concrete plans for now to transmit their findings to any other international body, including the ICC.

Seeing that Duterte has always been undeterred by pronouncements and criticisms by foreign players, what concrete steps can the delegation take to exact accountability for the killings of lawyers?

“We try to use the international arena to raise awareness of human rights violations of people from the legal profession. We have been told that Duterte is not concerned with international opinion, but it’s our experience that leaders around the world who claim to not care about international opinion are not being 100% truthful,” Adely said.

She added: “I believe that there is still potential, that if there is enough international chatter, international pressure to improve the situation, that it can have an impact on this administration.” – Rappler.com