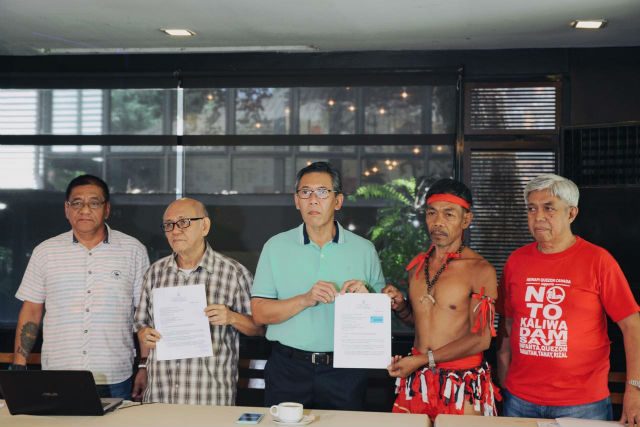 MANILA, Philippines – Various pro-environment and indigenous peoples’ groups against the construction of the Kaliwa Dam asked top government officials to publicize documents of the China-funded project.

They are asking for copies of two documents: the Preferential Buyer’s Credit Loan Agreement and the Commercial Contract of the Kaliwa Dam project between the Metropolitan Waterworks and Sewerage System (MWSS) and China Energy Engineering Corporation.

Those who signed the letter of request are the following:

(This is an FOI or a Freedom of Information letter. We’re asking them to release the documents about the Kaliwa Dam…. We’re worried that they are keeping secret the contents of these contracts, because these are matters of public concern.)

The Kaliwa Dam project was finalized after the two-day state visit to the Philippines of Chinese President Xi Jinping in November 2018.

The dam will be built in the municipalities of General Nakar and Infanta in Quezon and is expected to supply some 600 million liters per day to Metro Manila. It would cost P12.2 billion to build, with 85% set to be funded by China through official development assistance.

Japanese firm Global Utility Development Corporation also said its proposed Kaliwa Intake Weir project with the Philippine government would be a cheaper alternative to the China-funded Kaliwa Dam, but the MWSS said this is not true. – Rappler.com