PNP urges Acierto: File complaint on death threats so we can protect you 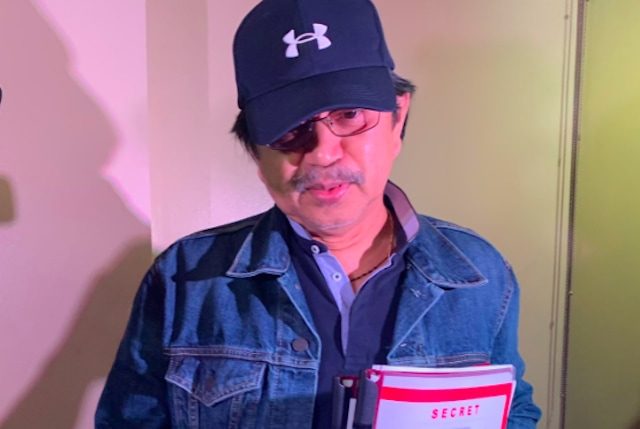 MANILA, Philippines – The Philippine National Police (PNP) on Tuesday, March 26, urged dismissed cop Eduardo Acierto to file a formal complaint on the supposed death threats he had received so it can protect him.

PNP spokesman Colonel Bernard Banac said Acierto made the statement in a news briefing, in response to questions about Acierto.

Acierto went into hiding after he was implicated in the multibillion-peso shabu (methamphetamine) shipment controversy, where he had been tagged as the “mastermind.”

Banac assured Acierto that if he would decide to file the complaint, police would treathim fairly despite his allegations against the government.

Acierto, however, did not trust in getting fair treatment as of now.

“I will come out once I know that there is justice and fairness. At present, there is no level playing field for me,” Acierto earlier said. – Rappler.com